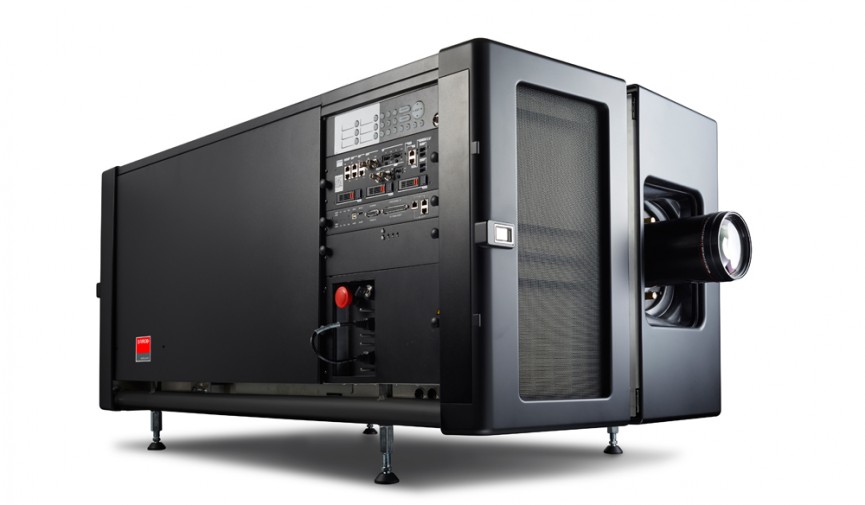 Chances are, the movie you’ve shelled out money to see in the theater is still being projected using a system incorporating traditional Xenon Arc lamps. Soon, those inefficient lamp projectors will be replaced by laser-powered projectors.

Lasers have longer lifetimes and are more efficient, meaning costs will be curbed by implementing them. When dealing with 3D content, it turns out lasers provide some unique advantages as well.

One laser 3D technology uses a six primary system called Laser 6P for short. The system developed by Barco involves using two distinct sets of red, green and blue (RGB) primaries to create the 3D image. To clarify, this is not a system designed to fill out the color gamut of the system to display more of the visual spectrum by adding primaries, although this has been tried and is confusingly also referred to as 6P. Rather, this 3D projection system using lasers has unique, dedicated red, green and blue primaries for each eye.

A lamp-based system contains the broadband spectrum of white light. To separate various bands of light, you have to block the color wavelengths you don’t want, in effect subtracting them from the system. This is considered inefficient because it leads to lower brightness overall in the system.

With lasers, you begin with very narrow bands of light that can be selected to produce a desired color, preventing the need to filter inside or in front of the projector. The bands are narrow enough that in 3D systems two sets of RGB primaries can be chosen far enough apart on the spectrum as to virtually eliminate “crosstalk” between the two eyes. This allows the correct primaries to be cleanly transmitted in one eye while locking them out of the other eye. When you put on a pair of 3D glasses, each eye sees only the images intended for that eye.

The Barco Laser3D laser system works by rapidly alternating each eye’s primary set, fusing the image in the viewer’s perception to see the image in 3D. Since we’re dealing with narrow bands of colors set by the lasers, the glasses can be made to pass or block these colors relatively efficiently. The system saves power since the lasers are only on when needed and no power is blocker or wasted. With the added benefit of lasting much longer than traditional lamps, lasers are a dramatic improvement over the old systems.

Deeper into the Tech

I spoke to Bill Beck, the resident “Laser Guy” at Barco, who had loads to say about developments in lasers (and yes, that is his actual job title). “The two objectives of 6P system design are to have the same white point and the same brightness for each eye.” This presents two practical problems though.“The first problem is if you take two red wavelengths 20 nanometers apart, one may produce up to 3 times as many lumens as the other. So if you want to balance the brightness, you may have a huge imbalance in the number of watts required for each eye.” This is because the human eye is far more sensitive to some color wavelengths than others. “Blue may provide only 30 lumens per watt, but some greens provide more than 600 lumens per watt.

It’s extremely difficult to construct a six-primary system that achieves the same white point, brightness, and color gamut for both eyes. Part of the reason is the way our eyes work, the other reason is you can’t just buy a laser in any wavelength you want.” The wide array of wavelengths that are available, however, allow lasers to meet digital cinema or other color space requirements in many ways, with the added benefit of being able to project onto any screen; it no longer has to be a polarization-preserving screen.

Barco has already began installing their laser 2D and 3D projection technology in commercial environments all around the world. Beck is proud to say that “the design specifics are targeting a very flexible, versatile laser projection platform for cinema exhibitors, and will soon be adapted to some exciting for non-cinema applications as well. Although our Barco Laser3D projectors incorporate six primaries, they will just as easily support all the other kinds of 3D: RealD, MasterImage, XpanD, and polarization glasses [that the public is already used to]. All of the system hardware, screens and glasses infrastructure are supported.”