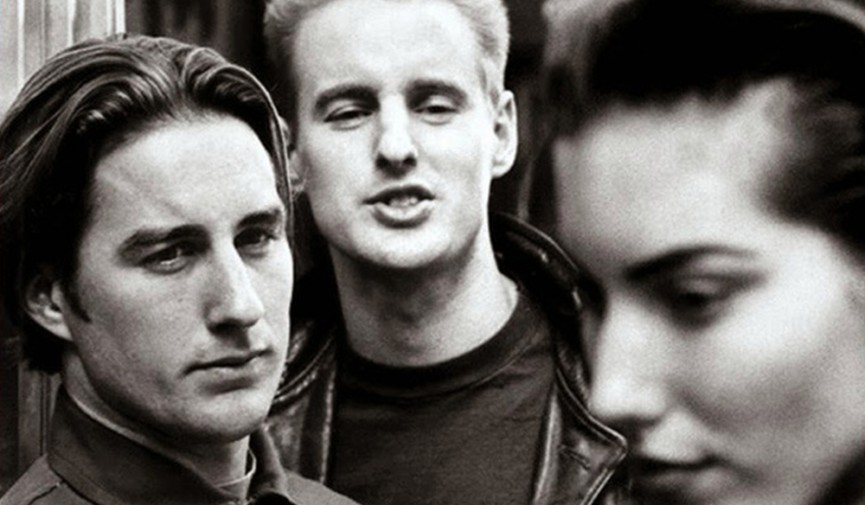 Before they were household names making blockbuster films and winning Oscars, your favorite directors began just like everyone else. Here are some of their seldom-seen first forays into filmmaking.

There’s no one direct path to big-screen Hollywood success. Whether you’re making short films between corporate gigs on weekends, completing your senior thesis at film school, or doodling hand-drawn cartoons in the office, you have to start somewhere.

Fortunately, for most of us, no one will ever see our (often embarrassing) first attempts at filmmaking. However, for many of those directors we admire and so truly adore, those awkward early ventures were able to showcase their unique style, voice, and potential enough to vault them into mainstream success.

Before Wes Anderson was the quirky, heavily stylized (and parodied) director with his own brand of cardigan suits, he was a skinny kid bouncing around Dallas after graduating from the University of Texas.

His first short film, which he co-wrote with future leading man Owen Wilson, was shot for a few thousand dollars before taking off at Sundance. The short, which was made into the initially panned feature, showed the director’s unique knack for whimsical juxtaposition and lovable man-children characters.

The renowned New Hollywood director of MASH, The Player and Nashville originally began his film career in his native Kansas City, Missouri after serving in the U.S. Air Force. A recently discovered first film by Altman shows his developing slice-of-life style as he delves into the life of a local high school football team.

Mike Judge, of Silicon Valley and King of the Hill fame, got his start after sending in a hastily doodled short cartoon about a guy in an office named Milton losing his stapler. If it sounds familiar, it’s because the short would eventually become the cult-classic comedy Office Space several years later. Judge’s Generation-X comedic style was quickly picked up by MTV, leading to the creation of the channel’s flagship program, Beavis and Butthead.

Paul Thomas Anderson introduced himself to the cinematic world with his self-funded short film Cigarettes & Coffee in 1993. The dark and dialogue-heavy short offered a glimpse into the mind of arguably one of the most influential and challenging directors of the early 21st century. Because of its promise, the short film granted Anderson admission into the prestigious Sundance Institute where he was able to workshop and develop his feature debut Hard Eight two years later.

If there’s ever been a director who “gets” Hollywood, it’s the perennial big-budget blockbuster Steven Spielberg. With a filmography that features everything from Schindler’s List to E.T. the Extra-Terrestrial to Raiders of the Lost Ark, it’s hard to imagine there was ever a time of “figuring things out” for the legendary director. However, truth be told, Spielberg labored but showed great promise with the filming of his silent short film Amblin’, which he famously screened for a Universal Studios Vice President who offered him his first major studio deal.

While Christopher Nolan’s cerebral cult-classic Memento is often pointed to as his film debut, Nolan actually cut his teeth before that with his less well-known film Following. Shot in black-and-white and not quite as accessible as the rest of his repertoire, it gave the young filmmaker plenty of room to explore his sinister characters and create his dark-tinted environments and worldview.

Not that he usually cares to mention it, but Martin Scorsese grew up in New York City and will often use it as the cultural and stylistic backdrop for his films. One of his first student films, while attending NYU’s School of the Arts, is a good glimpse into how he learned to develop his romantic infatuation with New York and use it in film. It also shows his experimentation with voice-over narration and how it interplays with a character’s actions and point of view.

Know of any other early films from famous directors? Let us know in the comments below!