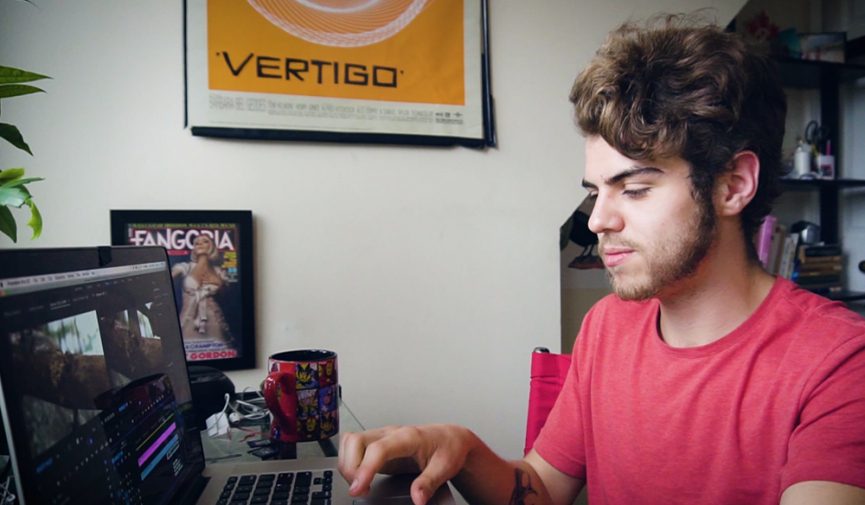 Add Style to Your Transitions with J-Cuts

J-Cuts layer narrative audio over your transitions. Learn how to use them in this quick tutorial.

First question you might ask is what is a J-cut?

There are two really effective ways to use this transition. The first method takes the raw recorded audio from your scene and fades it in over another. The second method involves creating and using sound effects.

Let’s take a look at both ways in this video tutorial.

Using Audio from the Second Clip in J-Cuts

In your editing software of choice, you’ll need two clips — we will label them scene 1 and scene 2. Have them play chronologically, so scene 1 cuts to scene 2.

Take scene 1 and drag it into the second track of your video and audio on your timeline. Keep scene 2 in the first audio and video track.

Slide scene 2 underneath scene 1 by 24 frames. This will create a simple j-cut. If you play back your video, the audio of scene 2 will begin playing before scene 1 has finished.

Essentially, you’ll want to start applying sounds that live in scene 2 before scene 1 ends. In my example, I use the sound of an axe chopping (scene 2) over the wide shot of a forest (scene 1).

A key thing to remember with j-cuts is that some work differently than others. Some are very effective bleeding in five seconds earlier, and others work just fine with only one second. It really depends on your content and how it flows between scenes.

If you need some SFX for your transitions, be sure to check out our library of over 100,000 sound effects.

Do you have advice for using j-cuts? Let us know in the comments.