Advice For Selling Your Screenplay

Your script is finally done, ready to be seen and (hopefully) sold. After pouring your blood, sweat and tears into your baby, it seems that the hard part is over and done with, but in many ways the work has just begun.

In order to flourish as a professional writer (i.e. get paid) you must prepare to think like a business person. The harsh reality is that the movie business can be brutal. If you’re not comfortable with hearing ‘no’ or having people criticize every facet of your script, you either need to find a new day job or prepare to fund, produce, and direct your own films.

However, if you’re committed to getting your screenplay sold, a solid game-plan when approaching producers/investors, and a high level of persistence, may pave your way for success. 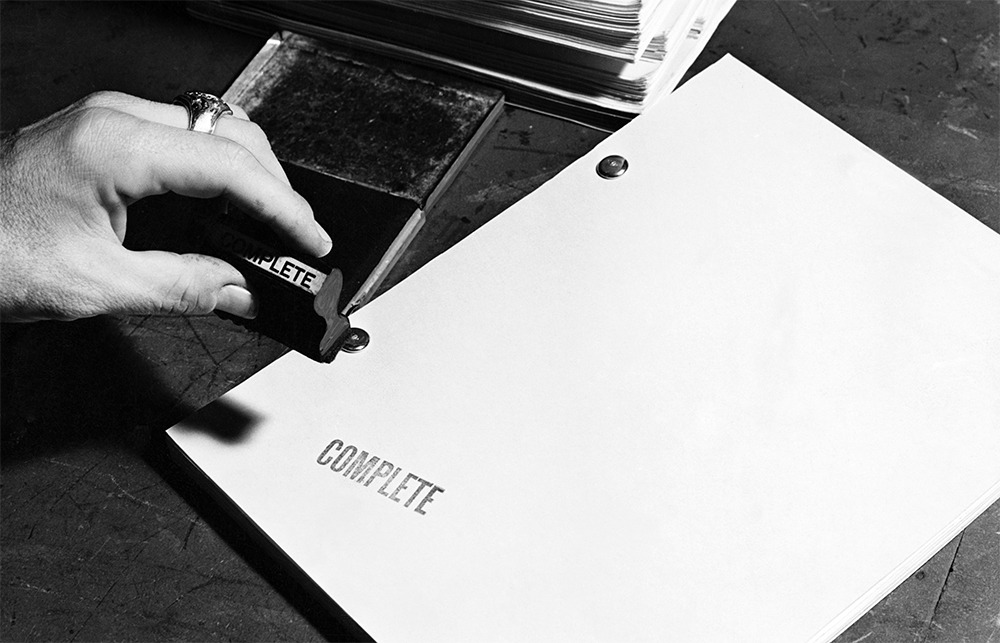 First things first: find a producer that will agree to read your script. Traditionally, you would need to go through their agent (and maybe yours) in order to arrange this, however the filmmaking landscape has truly changed over the last decade. Because there are so many independent producers out there, seeking out content they can develop into feature films, some producers are more approachable than they have ever been. This person will hopefully not only buy your script, but will also be responsible for carrying this project from inception through to the sale of the finished product.

Make it a point to know about as many industry events as possible. While you may not be able to attend all of them, it’s essential to the sale of your script to at attend at least a few. There are a few key events every single year where filmmakers and producers gather in an effort to find new scripts or ideas for features. Almost all the major film festivals have film markets attached to them, and there are many outside markets as well that allow for networking and pitching your script. The International Screenwriters Association is a useful resource for connecting with other professionals and hearing about upcoming events.

You must breakdown your pitch to a science, then make it your art. Who is your main character? What do they want (external goal) but also, what do they need (internal character arc)? What is preventing them from attaining this goal and what are the consequences your character must face should their goal not be realized? You may have what you believe to be the best script in the world, but the reality is that there are tons of great ideas and scripts floating around and producers get pitched on projects every single day. Keep your pitch short. You’ve got one shot at it…and most often very limited time to present it.

Nothing gets a producer more eager to be a part of something as a fantastic logline. As integral as your logline was to fleshing out your story details, it is just as useful when you begin pitching your screenplay to producers. Logline deliveries are akin to telling a joke – a bad one will send you nowhere fast and a good one will have someone hanging on to your every word. Producers and executives receive hundreds of scripts each year, some get made and most collect dust. So your ability to effectively communicate your story in two sentences, in such a way that excites a producer, is what will get people interested in either hearing more or buying it.

In creating the logline for your pitch, be sure not to reveal everything about your story. Why? Because the best case scenario is that you create a two sentence description that is so good, the person you’re pitching to asks “Well what happens when so and so tries to save the girl” and you’re able to respond “Well, you’ll just have to read the screenplay to find out”. A great tool for creating effective loglines is simply to go online and read loglines from the films that inspire you most or well-known, memorable classics. Take a quick look at the one or two sentences that catapulted these films into successful, money-making ventures.

it’s your job to communicate the script’s potential for commercial success. Despite your belief in your story’s intricate plot, the depth of your characters or the rich dialogue, this all means nothing if you can’t get a producer to believe that this is a project worth their time and lots of money.

Those you are pitching to will want to get an idea for how difficult or easy (and make sure it’s always easy) this film will be to market and that the audience is broad enough to cover production costs and generate profits. Further, are the character roles the type to attract well known talent, the type who could lead to additional financing from investors? Investors want to feel confident they will see a return on their involvement.

Your First Offer is Not Always Your Best

Sometimes, when you are selling something it may be tempting to limit your sights to the first offer you receive. However, if you are the type of writer who desperately wants to make sure that your screenplay evolves into the best possible motion picture it’s advisable to take the time to find the right producer for your project. Set up as many meetings as you can with various producers and also understand that the highest bidder doesn’t necessarily mean it’s the best offer.

Be Open to Rewrites

Finally, when the times comes and someone expresses interest in your story, be open to rewrites. Whether you’re given notes from an executive or a producer and asked to do the re-writes yourself, or your script is purchased with the intention that someone else will do the re-writes, swallow your pride and agree whole-heartedly. Otherwise, be prepared for your script to do nothing but collect dust.

In nearly all circumstances, no one will be pounding at your door to buy your script. YOU have to commit to cultivating great relationships with producers who will hopefully want to buy your script and make it into a film. The best way to put yourself in such a position is to hone your networking skills, attend as many meetings or industry related events as you can, and practice the art of a great pitch, where the person you’re pitching is left dreaming of the profits this project could generate.