After Effects Tutorial: Create a 3D Room From a Still Photograph 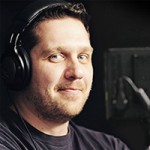 Take a still photo and convert it into 3D using a few simple tools in Photoshop and After Effects.

This is one of those After Effects tricks that looks WAY harder than it really is. In the After Effects tutorial below I’ll show you how to take a picture of a room and ‘magically’ convert it into 3D. This effect is especially useful for video/show opens or scene recreations.

In this tutorial we’ll make use of the underutilized  Vanishing Point tool in Photoshop to define the walls and dimensions of the room in our still image. This Photoshop feature makes creating the 3D room easy.

Then, we’ll bring this model into After Effects where each wall will be broken into separate layers (with one parent that controls the entire ‘model’). Finally, we’ll add text in the room and some After Effects camera tricks for creating motion – and the appearance of actually traveling through the 3D room. This is a fairly simple After Effects trick so you don’ t have to be an AE wiz to pull it off.