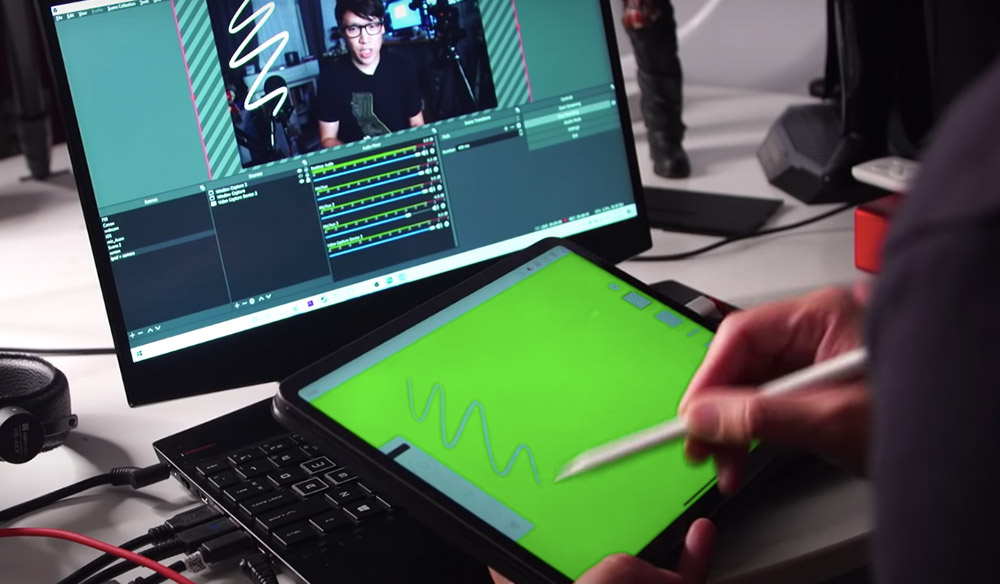 Open up a world of online educational and entertainment possibilities with this tablet-based setup for creating on-screen graphics in real time.

Unleash your inner John Madden with this setup for drawing on your live streams and videos. 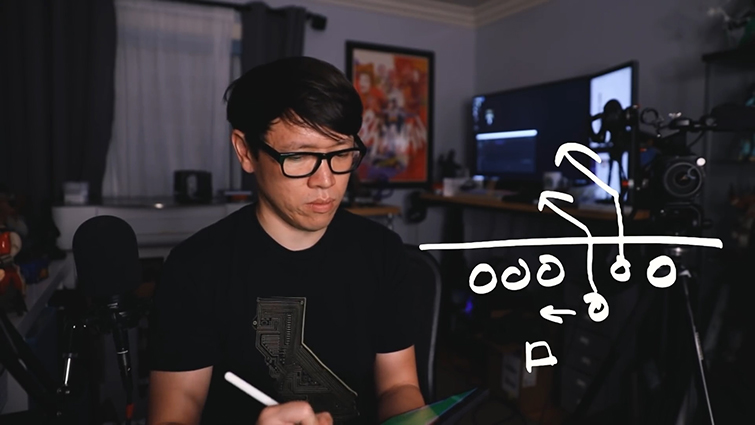 Live draw on your screen with tools you already have available. Image via Tested.

This video comes from Norm Chan from Adam Savage’s Tested crew. It’s a rather simple and ingenious way to live draw on your screen, using tools you likely already have.

OBS is a super-powerful free tool for streaming and recording. It’s one of my go-to programs for all things live-stream related, and it’s trusted by countless Twitch and YouTube streamers.

Using the color keying tools normally used to replace backgrounds, Chan employs a workaround where he uses a faux green screen on his tablet, keys out the color, then draws directly onto his video footage. Here are the steps.

1. Set up an OBS Project with Your Video Capture Device 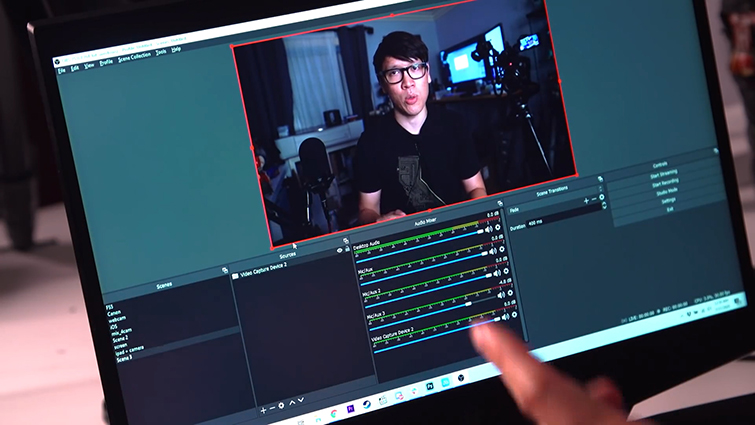 Bring your camera feed into OBS.

2. Use ApowerMirror to Stream Your iPad to Your Computer 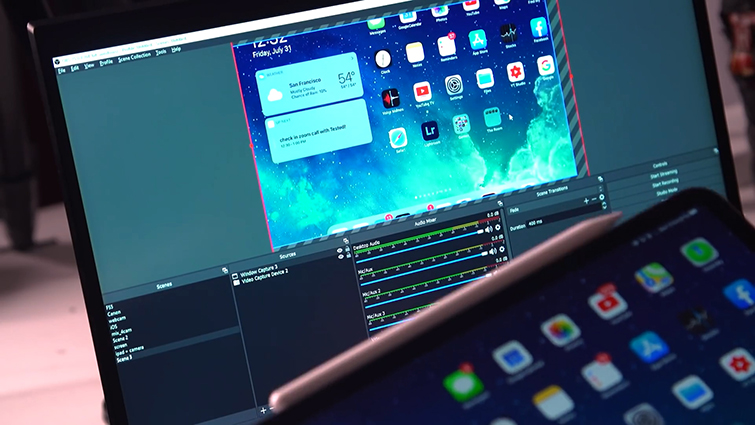 Layer on top of video feed. Image via Tested.

Add a Window Capture of your iPad into OBS, and layer it on top of your video feed.

3. Open Adobe Fresco on Your iPad and Load a Green Image 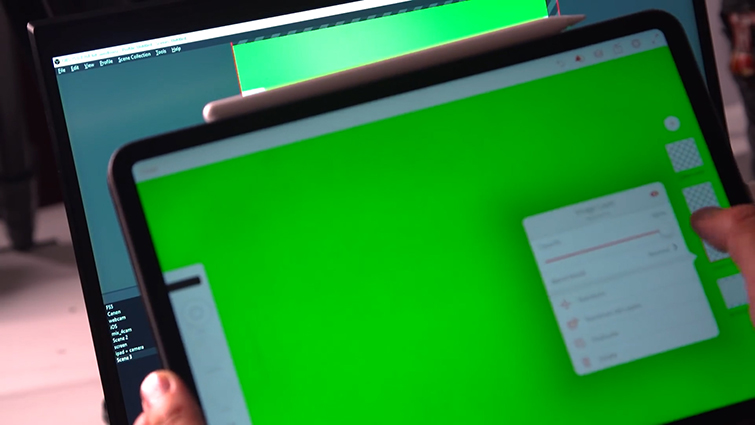 In Adobe Fresco, open an all-green image. Image via Tested.

You will use Adobe Fresco as your live drawing app. To set it up, open an all green image in Adobe Fresco. This will serve as your green screen that you’ll key out in OBS.

4. Add a ChromaKey Filter in OBS to Your Window Capture 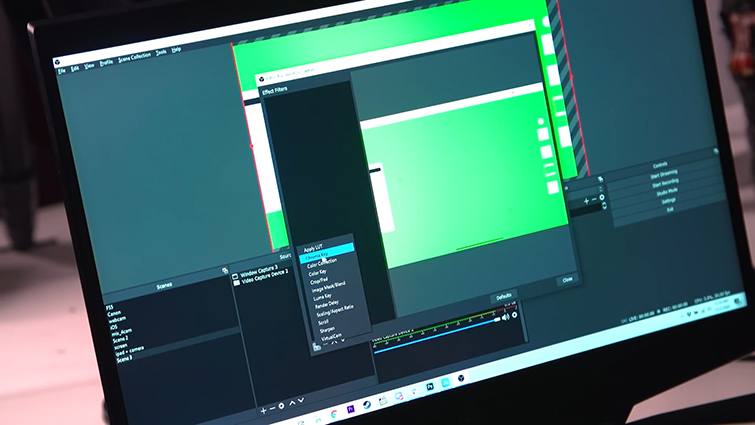 Select Filters, then the + icon, then ChromaKey. Image via Tested.

Back in OBS, navigate to your iPad Window Capture and right-click on it. Select Filters and then click on the + icon and select ChromaKey. Green is already the default, so you should be good to go.

5. Adjust and Scale for Best Results

You may see the Adobe Fresco interface on your top layer, so you can simply scale that layer up in OBS to remove the UI from the frame.

Just keep in mind, you’ll want to know the in-frame real estate that you can draw on. I suggest drawing a border (that isn’t visible on your live stream) to serve as a reference point. 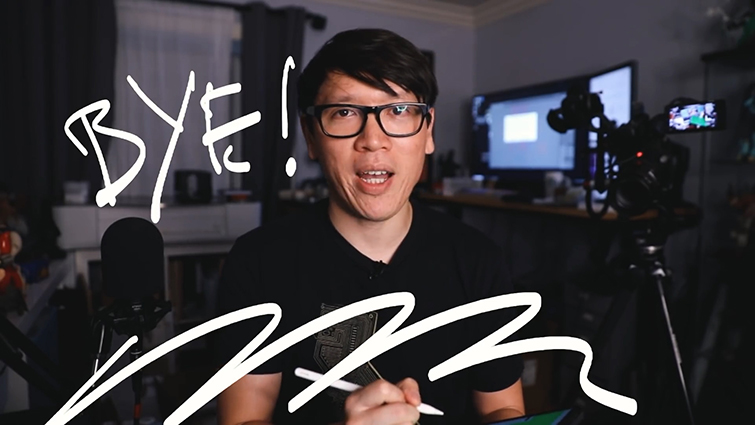 Now you can start drawing and live streaming in OBS. Image via Tested.

You’re all set and ready to go. You can now either start live streaming in OBS, or recording a video to edit and post later.

All images via Tested.