One of the first major product announcements at this years NAB show was the unveiling of a radically updated Autodesk Smoke application.  Significant feature additions and a HUGE price drop, open this high-end post app to a new market of users.

Leading up to NAB, Autodesk has been baiting users with the media tagline “Autodesk Smoke is changing.  Everything.”   So to kick off this week’s NAB show, Autodesk announced that a new version of Smoke would be available for a 1/3 of the cost of previous versions with significant feature additions.  Priced at $3,495, Smoke 2013 aims to be an “all-in-one video editing and effects tool” geared toward the Mac user.  No doubt, Autodesk is attempting to hook the Final Cut Pro and AVID editor with a workflow and interface they will find more familiar. 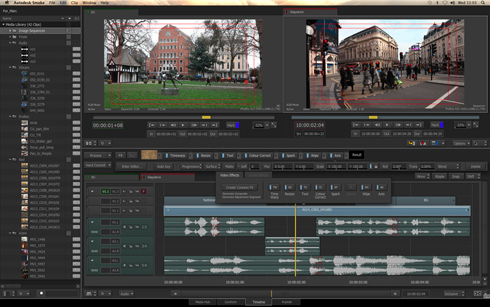 Features in Smoke 2013 include:

ConnectFX:  Injects node-based compositing into the editing process.  No need to move to a different interface, ConnectFX lets you add effects nodes effects in the editorial environment.

Creative Tools:  Everything you need for detailed finishing, including tools for compositing, color grading and matching, chroma keying and working in stereoscopic 3D.

MediaHub: A project management platform that facilitates the ingesting, archiving and organization of different files and formats.  Native media support for RED, ARRIRAW, DNxHD and ProRes 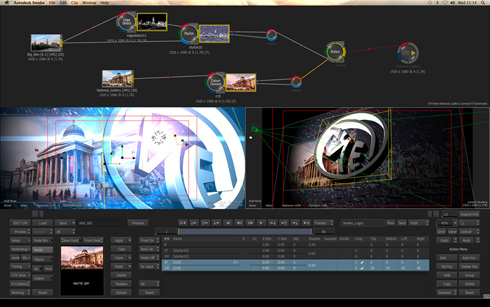 The Times, They are A’Changing

Autodesk is following the trend of high-end post-production tools being made affordable for a wider user base (see AVID, Resolve as recent-memory examples). Application makers are pricing their products for sales volume, not a dedicated high-end client base.  Until now, Smoke’s previous $15,000 price tag was out of reach for many independent post-production pros, so you can bet Autodesk will be adding a substantial new user base when Smoke 2013 is released later this year.