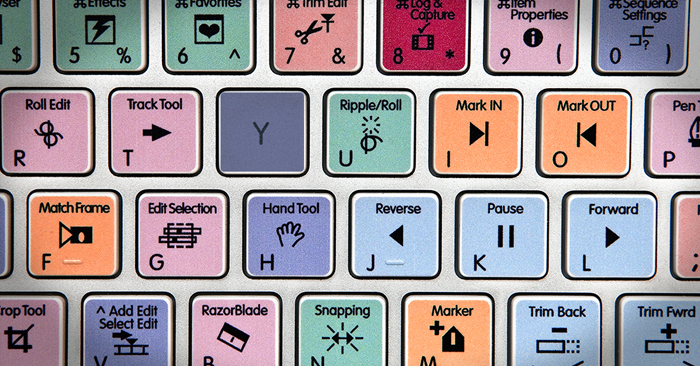 It seems like just yesterday that Final Cut Pro completely dominated the independent film post-production scene, but the terrain today is very different and editors now have tough choices to make when it comes down to committing to an editing platform.

After FCP X was released, FCP 7 users were perplexed to say the least. There was a small user base (including myself) that embraced FCP X from the beginning while also exploring other options, but seemingly many pro users moved on to either Premiere Pro or Media Composer.

While FCP X definitely had it’s issues and was missing some key features, the real issue that users had with it was that they didn’t want to have to learn a completely new editing paradigm. Many believed that Apple would eventually cave in and attempt to bring back the old FCP 7 that they once knew and loved, but once a year or so went by it became very clear that FCP X was here to stay. Nonetheless, this created a very diverse user base in the post-production world and for the first time in a decade there was no clear cut choice as to which system to learn and commit to as an editor. 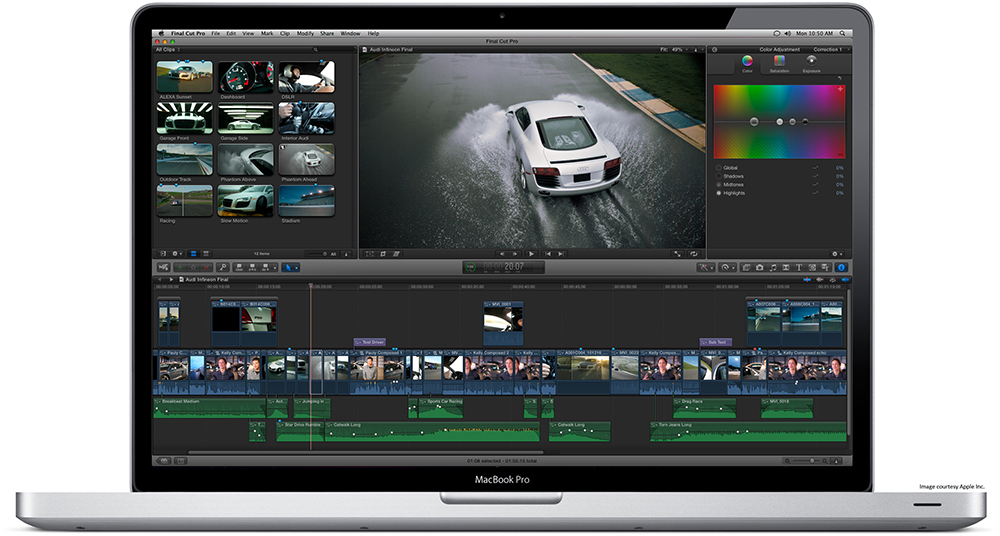 Many of the users that resisted FCP X for the first year or two came around to it after Apple added much needed features to the software. While there are certainly some users that still scoff at it, many large production companies and broadcasters are utilizing it – and it was even used to edit Will Smith’s latest feature film Focus.

In my opinion, FCP X is best suited for any type of production that requires a highly adaptable and flexible post process. This can include everything from one man band productions (where a director is also editing his or her own work and wants to be able to work as quickly as possible), to large productions that have many creative producers on board that will be giving substantial input. Arguably the biggest benefit of using FCP X is that it makes revisions exceptionally easy. With features like auditioning, the magnetic timeline, roles, and keyword collections the entire software’s environment is built around being able to move quickly. There’s something to be said about an editing software that allows you to very quickly try out new ideas, shift around clips, and find material in a way that simply isn’t as efficient with any other system. 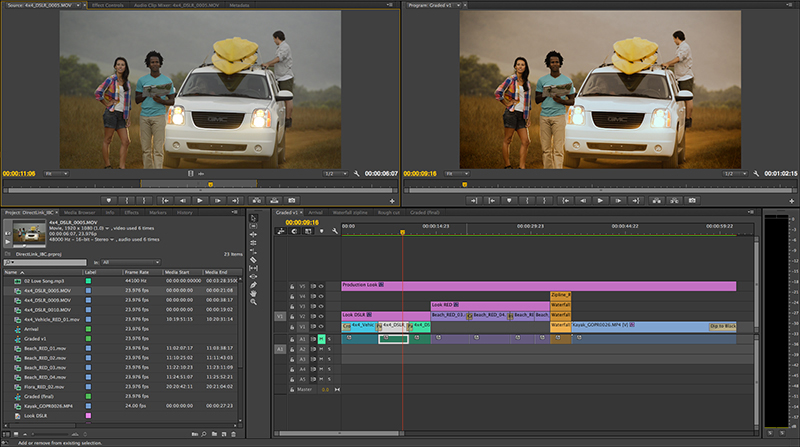 There’s a reason why Adobe Premiere has been so well received by filmmakers. Above and beyond all else, Adobe has shown that they are clearly aware of what their professional user base needs and have done everything in their power to integrate key features and updated into the various iterations of the software.

For these reasons and more, Premiere Pro is an amazing powerful tool for just about any type of user. That said, I think what it excels  specifically at complex workflows. Adobe has made Premiere Pro very adaptable and open in the sense that it plays very well with other platforms, which is a refreshing change next to many of the other NLEs out there.

While the obvious benefit of Premiere Pro (with regards to workflow) is that it’s so well integrated with other Adobe products, it’s nearly as versatile when it comes to 3rd party software as well. The fact that Premiere can handle nearly every codec and format natively is pretty incredible. Not to mention it’s ability to create everything from a standard EDL/OMF file to an AAF or XML file makes it an extremely valuable tool for translating projects and dealing with workflow snags. Productions that are dealing with loads of mixed media, or have complicated post-pipelines that rely on lots of 3rd party software would benefit immensely from Premiere Pro. 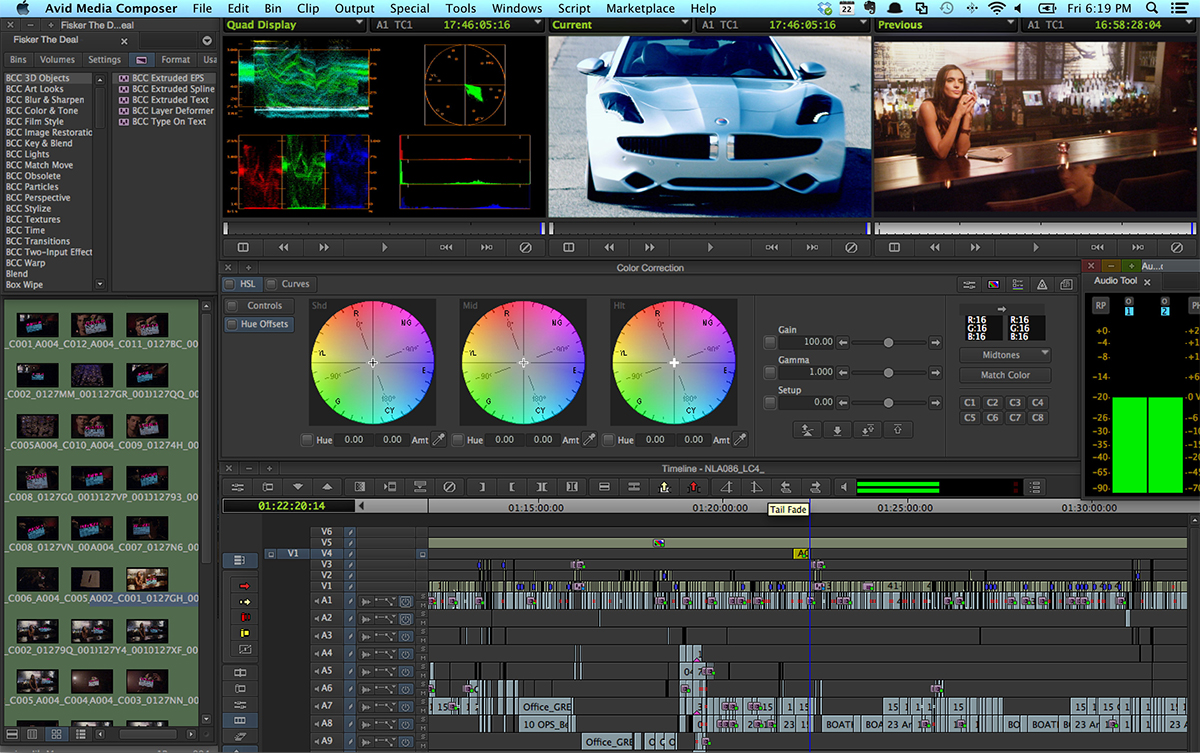 Media Composer is still the number one choice for large scale productions and many broadcast facilities for the simple fact that it is nearly bullet proof from an architectural standpoint. It may not have been adopted as much as FCP X or Premiere Pro, as far as the independent film world goes, but there are certainly some users that have switched over and are benefiting from Media Composer’s strong and robust build.

The reason why Media Composer has likely not been as well received in the independent film community as the other two NLEs on this list, likely has a lot to do with the fact that it isn’t particularly intuitive. As different as FCP X and Premiere Pro are from each other, what they both have in common is how intuitive they are to use. That said, what Media Composer lacks in intuitiveness, it makes up for in reliability. Avid may not roll out cutting edge features as quickly as Apple or Adobe will, but seemingly there is a good reason for this. Media Composer is known for stability, even when dealing with massive broadcast and film projects that are comprised of hundreds of hours of footage and other media files. The reliability of Media Composer makes it a superb choice for very large scale projects that require capable handling of a massive amount of data.

There is no longer one single system that is the be all, end all solution for indie filmmakers everywhere. That system once was FCP 7 (or at least in terms of user base), but today there is value in learning all three of these systems in order to be able to utilize the best platform for any given task.

Much like choosing the right camera for any specific job, it’s now just as important to choose the right NLE for any given project in order to tap into the benefits of these different systems.

Throw your vote in for your preferred NLE in the comments below.