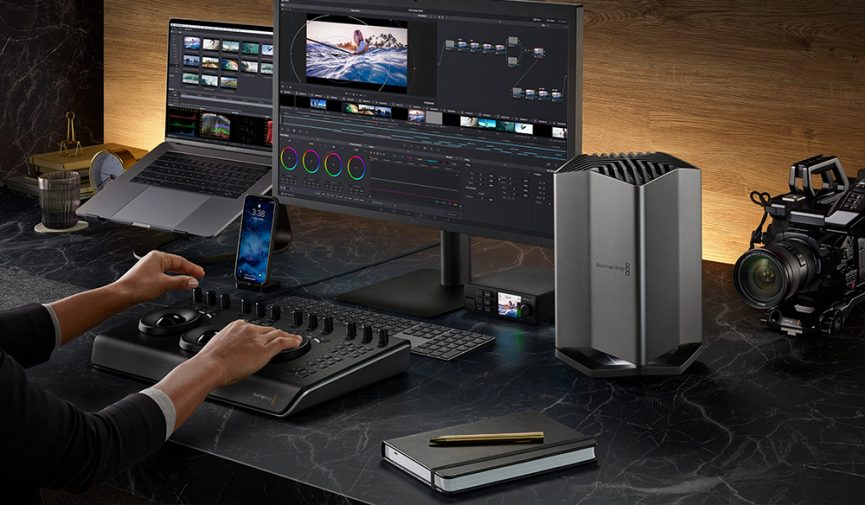 Slow graphics performance got you down? Well, thanks to Blackmagic you can go ahead and just plug in a much much better GPU — externally and affordably.

External graphics processors are a somewhat new concept, but they’ve slowly built steam over the last few years. There have been a few pretty decent ones released at price-ranges slightly outside of the consumer market. However, there’s been nothing quite accessible for average users to invest in. Until now.

Today, Blackmagic announced the release of their new Blackmagic eGPU (“e” stands for external, probably). It’s an external graphics processing unit that will enhance the graphics performance of your video editing, motion graphic design, and yes, even your gaming. The Blackmagic eGPU sells for $699 USD and is available now exclusively on the Apple website and in Apple stores. 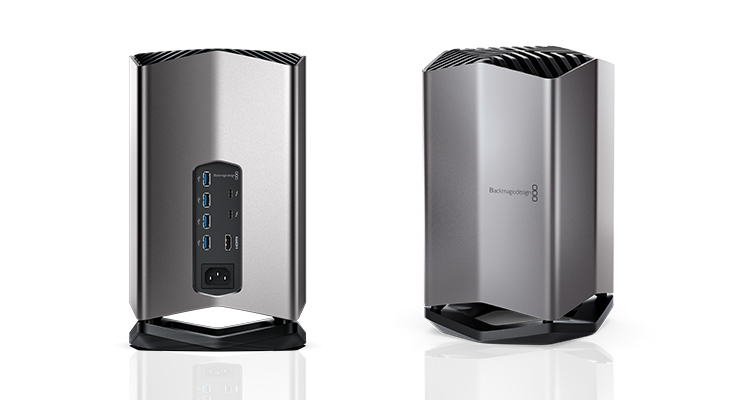 Designed to address the needs of professional video editors, Hollywood colorists and visual effects artists who need to remain mobile, but want the power of a desktop class GPU added to their MacBook Pro, the Blackmagic eGPU is incredibly flexible and simply plugs in via Thunderbolt 3, so users can benefit from improved graphics performance and acceleration of computational tasks. It’s perfect for speeding up professional creative application workflows including editing, color correction and visual effects with DaVinci Resolve. The Blackmagic eGPU adds the performance customers need to make the latest 3D games and VR look more realistic than ever. That means customers will get higher resolution images, higher frame rate gameplay, better lighting and more detailed textures for truly immersive experiences, even on a laptop computer. — Blackmagic Design Press Release 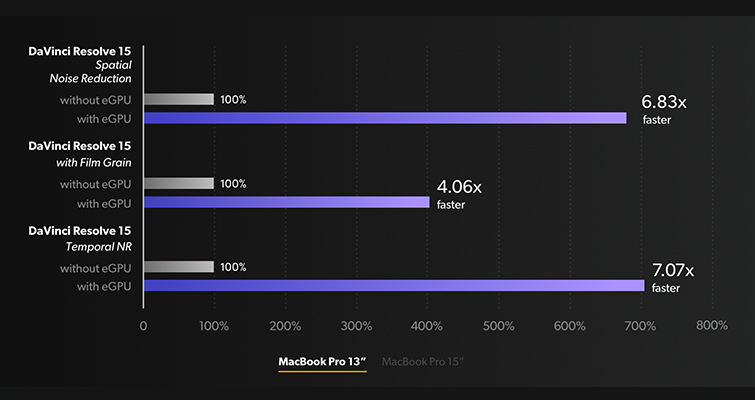 Blackmagic has positioned this release as a way to turn your laptop into a full-powered desktop-class graphics and rendering machine.

With the eGPU you get 8GB of GDDR5 RAM for up to 5.5 teraflops of processing power. It also includes support for Metal graphics technology from Apple, which provides almost direct access to the GPU for enhancing graphics performance with games and applications.

In the above graphic, there are a few examples of different operations within DaVinci Resolve. They’re much quicker (certain ones almost 7x faster) with a standard Macbook 13″. 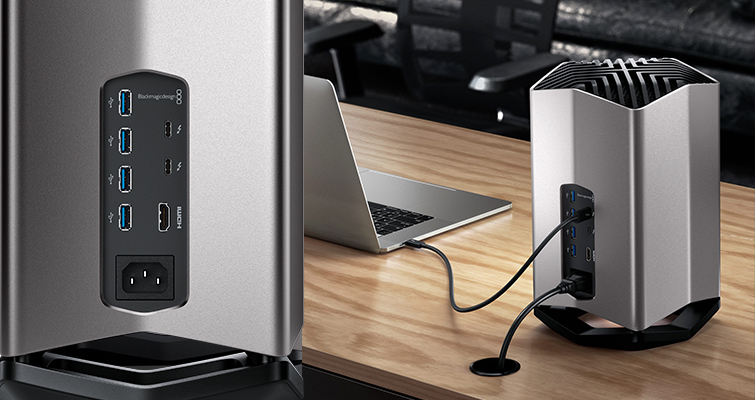 Another benefit of using the device is that it adds more connections and inputs/outputs to your setup.

The eGPU has a built in USB 3.1 hub that supports up to 4 devices. It has two thunderbolt 3 ports, and an HDMI 2.0 output as well for monitoring up to 4k (which is great for outputting to an external reference monitor for color grading, etc).

The device also has 85 watts of power output, so you can plug in and charge your devices on the go as well.