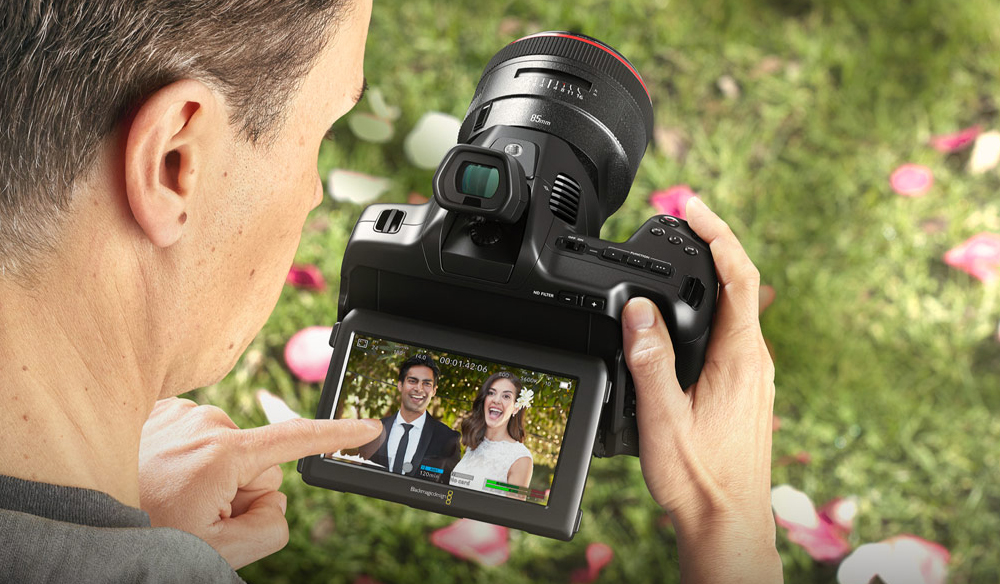 From built-in ND filters to an all-new LED tilt screen, here’s what we know about Blackmagick’s upcoming Pocket 6k Pro.

Well, we’re officially at that point in the year of another Blackmagic camera announcement. I’m not going to make a humorous comment about how frequently we’re treated to a new camera; it’s practically as common as the seasons now.

I love to make an educated guess on what we’re likely going to receive before the announcement goes live, and at the moment, I’m veering towards the Pocket 8k. With the Sony A1 and the Canon EOS R5 bringing 8K resolution to filmmakers outside of cine cameras, it seems like the most likely move. I guess we’ll see if I’m right with what the next subheading will be titled.

As Blackmagic founder Grant Petty stated in the recent live announcement, the Pocket 6k has been adapted and used in various professional cinematic and broadcast situations. To strengthen the use of the 6k in such circumstances, the Pocket 6k Pro was born.

Like how the Pocket 6k was only a slight variation of the Pocket 4k, the 6k Pro isn’t a major redesign from the 6k. Notably, it’s a touch larger, and there are several reasons for that.

The 6K Pro features motorized ND filters that will allow filmmakers to ditch the circular variable ND and cut-light in-camera. The 6k has ranges of reduction from 2,4 and 6 stop filters. These have been designed to match the colorimetry and color science of the camera. Unlike using a cheap variable ND that may alter the perceived image color, these will keep your images as clean filming without them.

The NDs are controlled by two buttons positioned on the back of the camera.

As much as I love the Pocket 4k and Pocket 6k, the camera could be awkward to use if you weren’t using an external monitor. With no way of tilting or flipping the screen, if you position the camera low, you had to get low to see the composition.

However, the Pocket Cinema Camera 6K Pro has an advanced HDR LCD monitor that can be tilted up and down. Seemingly this has also just put a strict halt to the 4k and 6k third-party LCD screen modifications that did the very same thing. Additionally, the LCD screen is brighter with 1500 nits of brightness.

While the UI will remain consistent as with every Blackmagic camera release, there is a new addition of an RGB histogram, a feature that will tell users if a specific RGB value has been clipped.

It was only this week that I finished a tutorial explaining that in lower-priced cameras, you will only find one microphone input. But here’s Blackmagic changing the game once again. On the Pocket 6k Pro, there is now an additional XLR input, allowing for two XLR inputs and a 3.5mm mic jack, opening the doors for multiple recording options.

Ok, so there was no denying that both the Pocket 4k and Pocket 6k didn’t fare that great regarding battery life. Both cameras were extremely power-hungry and was even a critique from those who held the camera on a pedestal. The Pocket 6k Pro drops the LP-E6 and instead will use the NP-F570. These batteries last longer, which should hopefully serve to quell the issues of folk needing to carry around several LP-E6 batteries.

For the first time in the Pocket series, the Pocket 6k Pro has space for an additional EVF.

Now, the EVF does ship separately, and this is at an additional cost of $495.

Likewise, Blackmagic has also introduced another battery grip for the 6k Pro. Still, unlike the Battery grip for the 4k and 6k, the Blackmagic Pocket Camera Battery Pro Grip doesn’t require removing the battery housed in-camera. It gives the user three batteries to draw power from, resulting in seamless, uninterrupted shooting. This is priced at $145.

As with all Blackmagic tools, you can find a review of the 6k Pro shortly.

All images via Blackmagic.

Want more camera news and insights? Check these out: