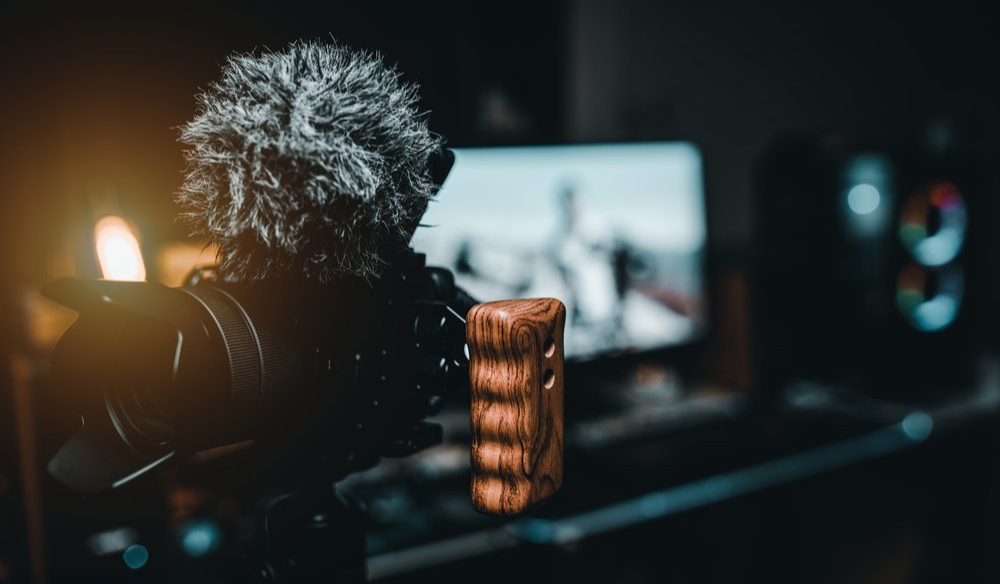 Don’t blow your entire budget on an expensive camera! Let’s explore the best video and filmmaking cameras under a grand.

If you listen to any notable indie filmmaker or auteur director speak, they’re going to talk about an undeniable passion for film. You’ll also probably hear anecdotes of growing up with a cheap camera in their hands, as well as war stories of shooting their first shorts or features on a shoestring budget with the most affordable camera they could find.

And, yes, there are plenty of excellent cameras currently on the market, and new technological breakthroughs are coming almost every day. But, the point of videography and filmmaking isn’t just to chase the highest pixel count or technology. It’s to tell a story in a compelling way, full stop. Your gear doesn’t necessarily determine the quality of your story.

So, whatever your film and video needs, even if you don’t have the budget to acquire the latest Sony innovation and best toys from DJI, here are six options for high-quality, capable video cameras, all under $1,000.

Breaking down our selections by different camera types, we’re going to start with one of the most reliable and arguably most effortless to use. Action cameras (a.k.a. “action cams”) might make you think of mountain biking vlog content. But, in reality, they can be some of the most powerful and capable options on the market. Plus, they’re designed for durability, flexibility, and working in the wildest of situations.

Currently on the market, you’re not going to find anything better or more affordable than the latest offering from GoPro with the GoPro Hero10 Black. As an upgrade from the previous Hero9 version, the Hero10 Black still uses that 23.6MP sensor, but now offers 5K video recording at up to 60fps.

Just from a pure filmmaking perspective, this camera is impressive.

I recently snagged one of these for a video with a lot of running footage. As in, I’m running while either holding the camera or it’s attached to a chest mount I’m wearing.

I’ll be honest, before the 10, I hadn’t used a GoPro since 2014, when they released the Hero 3? I think that’s what it was? Well, good grief, it’s improved since then.

I’ve shot a lot of the footage at 4K 24fps in their “wide” mode. Of course the footage is smooth like butter, but the image is nothing to scoff at either. I’ve been thoroughly impressed with what I’ve seen after a run and will continue to use the camera on this video and, hopefully, find other uses for it later on.

After considering an action cam like the GoPro Hero10 Black, you might also want to take a hard look at the smartphone in your pocket for your filmmaking needs. As we’ve seen with the rise of smartphone camera technology and the rapid adoption of iPhones being used for major motion pictures, these latest mobile camera phones are becoming quite impressive and powerful.

I know, at this point, saying you can use your iPhone to shoot a major motion picture is a little bit of a meme and easy to say when your principal commercial A-cam is a Canon C500, and you’re consistently getting good-paying gigs. Come on, man! Shoot that movie with your iPhone! But, it doesn’t mean your phone can’t help you in different ways.

While there are stunning examples of Hollywood filmmakers using phones to shoot their films, it’s improbable any of us will see our iPhone movies on the silver screen. However, that doesn’t mean you can’t use this for practical purposes on jobs, spec shoots, and smaller film festivals. Tons of “iPhone specific” film festivals have cash rewards for the winners and runners-up.

There are other ways your phone can act as a fully-realized filmmaking camera. For instance, you can use your phone to shoot a quick spec video for a client or map out lighting when you scout.

I’ve told this story on this blog before, but I once saw a videographer go into a coffee shop, shoot a quick video of the shop and his coffee being made, cut it together on Adobe Rush, then DM it to their Instagram account on the spot. And, voilà, he had a new client wanting him to shoot a more professional-looking video.

There’s also plenty of gear you can buy—like literally any of Moments’ different lenses and stabilization tools—to pull off that “cinematic” shot. Given that our phone’s cameras only keep getting better and better, the lenses are a sound investment, in my opinion.

For many, the notion of using a point-and-shoot camera for anything other than travel photography might sound a bit silly, but hear us out. Moving up from action cams and smartphones, there are still plenty of different camera options that are cheap and affordable outside of DSLR and mirrorless. Even in 2021, you should never rule out an excellent point-and-shoot camera—case in point—the Panasonic Lumix LX10.

With a point-and-shoot like the Lumix LX10, you’re investing in compactness with the bonus of a better lens than what you’ll likely find on a GoPro. Plus, the LX10 is exceptionally affordable, and it shoots excellent photos and videos, alike.

With a 20.1-megapixel sensor, the LX10 can record UHD 4K video at up to 30fps. You’ll also get a built-in Leica DC Vario-Summilux f/1.4-2.8 lens, which should cover pretty much all the shots you need with its 3x zoom range (offering the equivalent of 24-72mm coverage).

Below, I list the price at $699, but you can usually find this camera on sale for much cheaper. As either an easy-to-use run-and-gun option or a pinch backup, the LX10 is another affordable option well under $1,000.

Will this ever be your A-cam on a shoot? Probably not. But, this little monster could be a perfect backup for scouting and minor pick-up/B-roll coverage.

This camera caught me by surprise. I feel like it snuck into the conversation on the back of the popular X100V, but I’m so glad it did. Well, this little guy is a beast, and its video capabilities are seriously under-appreciated.

It boasts a 26.1-megapixel sensor and shoots 4K at 30fps. Once you throw in those Fuji colors you know and love, you honestly can’t beat the price for what you’re getting.

I’m a little unfairly biased, though, as I’m all in on Fuji and think they’re one of the only companies making cool cameras anymore.

When looking at the top-of-the-line camera options on the market, one could easily argue that DSLRs are now a thing of the past, with mirrorless becoming the new standard. However, for those thrifty filmmakers and videographers, DSLRs have now become a much more affordable option as older cameras take on price drops and resales hit the market.

One fantastic DSLR camera that’s still relevant is the Nikon D5600—proven to be an in-demand workhorse option for anyone looking to shoot digital video and photography.

With a 24.2-megapixel CMOS format and Nikon’s EXPEED 4 image processor, the D5600 has perfected Full HD 1080p video recording at up to 60fps. Yes, it’s not 4K (or 8K), but if you’re shooting video footage simply for online uploads and social media, you’ll be delighted at the small file sizes, short upload times, and playback quality.

So, if you need an all-in-one daily driver, this camera is for you. And, if you pair the kit lens with it, you’ve got an efficient, lightweight setup that will give you clean images in a quick, user-friendly manner.

Finally, a camera line that will always cause controversy, Canon’s R System of mirrorless cameras, has polarized the video community as the manufacturer has finally moved away from the DSLR and embraced a mirrorless future.

Yet, while some might have scoffed at the initial Canon EOS R offering, don’t let those poor reviews turn you away from the Canon EOS RP, which corrected many of the issues and has proven to be a powerful, yet equally affordable, mirrorless camera option.

I mean, our main guy Peter McKinnon makes a compelling case for both cameras. So, if you’re interested at all in this lineup, the RP might be the best place to start.

While it might not push 8K video as the Canon EOS R5 can, the RP does boast full-frame spectacular UHD 4K video recording. The RP is a more lightweight, beginner version of the new flagship R5 and features all of the same great perks with its LCD touchscreen, advanced autofocus tech, and Wi-Fi and Bluetooth connectivity.

So, while this camera isn’t entirely on the level of the EOS R or the R5, this camera has an RF lens mount. We’ve written about the RF lenses before, and while our thoughts on the RF rollout have been mixed, these lenses are some of the best pieces of glass being made right now. Full stop.

So, even though the camera body and sensor might lack certain areas, these lenses more than makeup for the difference.

*This article was updated in March 2022 to reflect the current changes in the market.

For more gear reviews, tips, and advice, take a look at these articles: