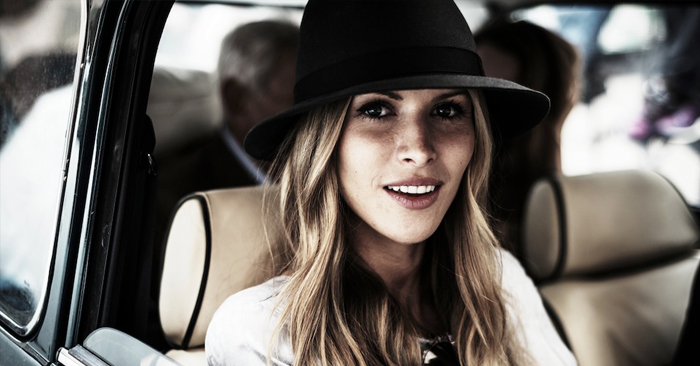 Create extreme color looks in DaVinci Resolve. In this post we share a technique for achieving the stylized bleach bypass look, reminscent of films like 300 and Sin City.

When in session, you may hear the client mention a bleach bypass look. It’s a bit of an antiquated term hailing back to days of film processing. Bleach bypass involved skipping the bleaching process during the film’s development, which retains its natural silver elements. This leads to an extreme grade that holds higher contrast and very little saturation. This look was popular in the nineties and was used for many music videos, and today retains its edgy, extreme nature in feature films like 300 and Sin City.

This color grading look holds a sense of tension because it’s not the first place most commercial ads would head. Let’s create the bleach bypass effect in DaVinci Resolve. 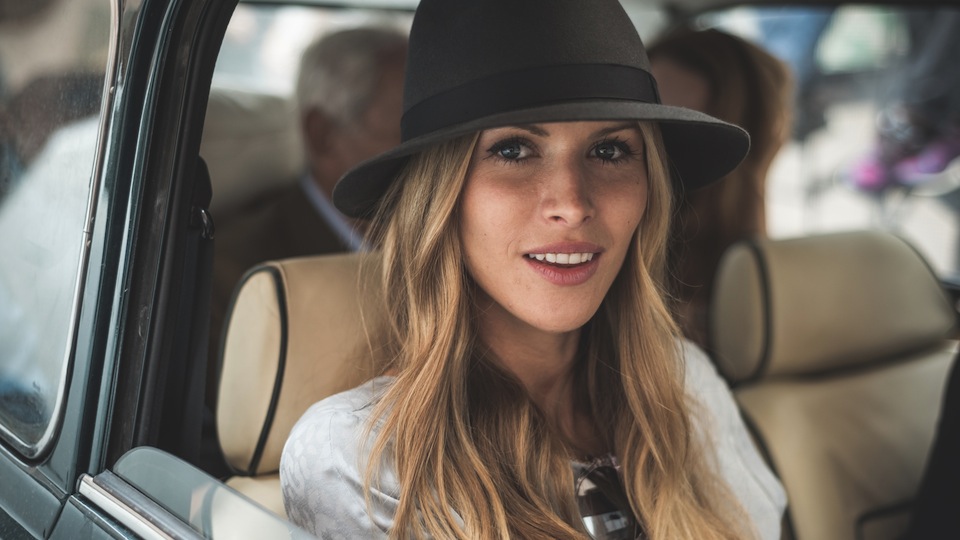 My initial balance. Good starting point, nothing too crazy: 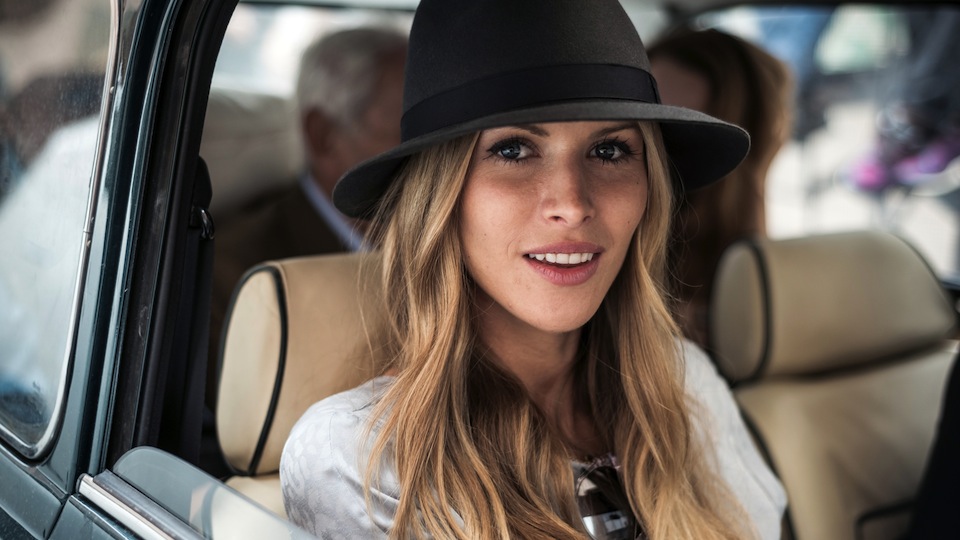 After you’ve balanced your timeline, create a new node and head to the Custom Curves in the bottom center of Resolve’s interface. Fashion an S-curve by making several points along the contrast curve at the high and low ends. Drag the bottom points down and the top points up. This will alter any corrections you perform on your color panel (you’re using a panel, right?) along this curve, acting like a filter.

Set up a standard contrast ‘S-curve’ to filter your adjustments as you work through the grade: 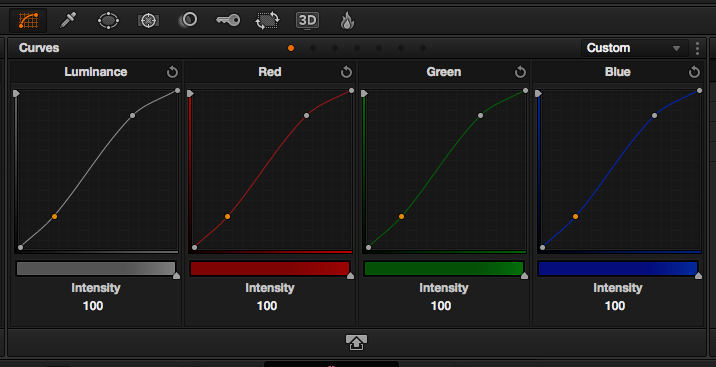 Now, we’ve quite quickly created a look reminsisent of bleach bypass, but we’ll tweak it a bit further. Its extreme nature will not make it a perfect fit for all projects, but its clear visual impact is the main reason it’s still used today. 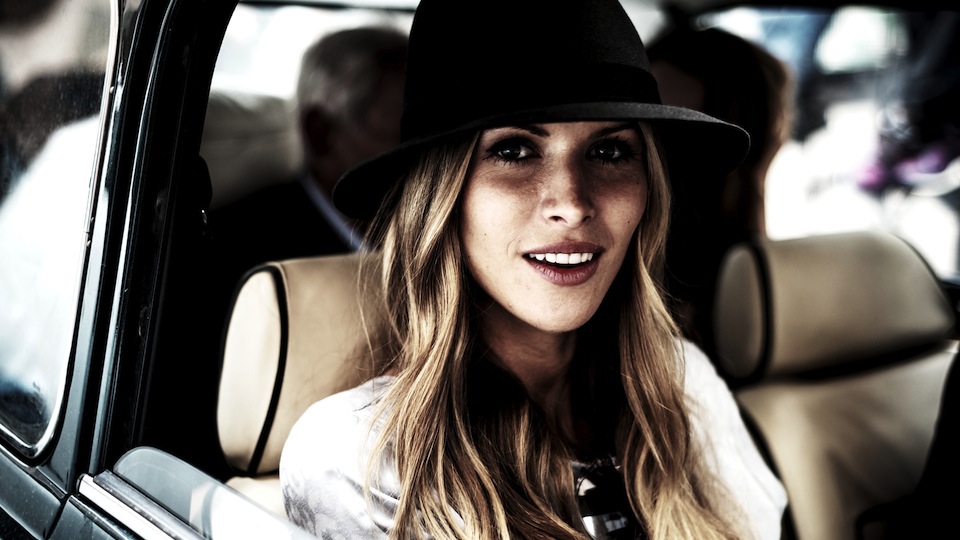 Next, bring the saturation down to somewhere around 15 or 20. Grading is subjective, and you’ll be working with different footage from job to job, so just tweak your grade to taste. Remember though, bleach bypass is extreme. Don’t be afraid to lose details in the black and whites. Not caring about what happens to the upper and lower registers is part of what makes the look so edgy. Bleach bypass can look dirty and unrefined, which for some projects, may be exactly what you want. If you just can’t bear to lose those details you can always salvage them by using the Soft Clipping feature that I’ve written about here.

Soft clipping brings back the extreme high and low registers, making the values legal from a broadcast standpoint. Note here we’ve brought back some of the detail in her hat and cheek: 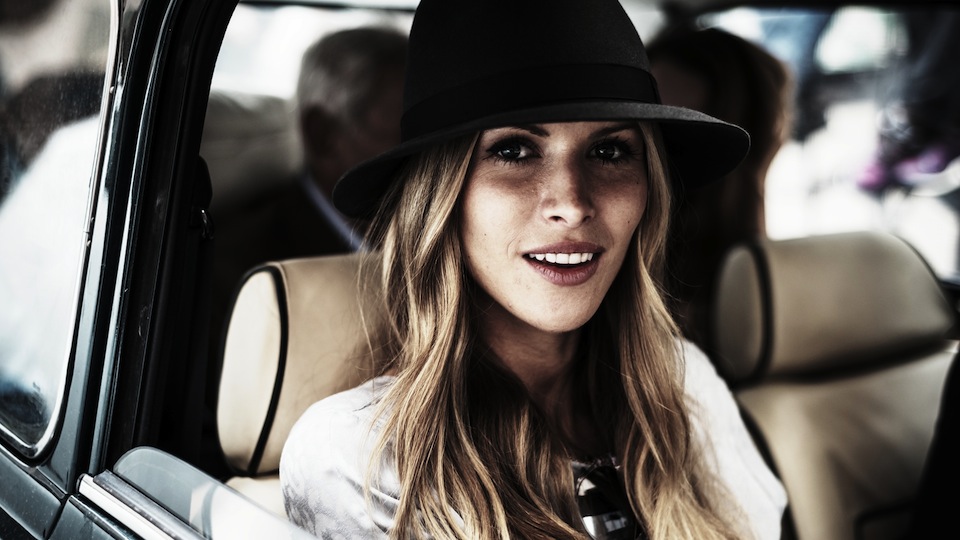 You should now have dialed in your bypass look. Movies like 300 employ the look to give a definite edginess to their already brutal visuals. To achieve the look of Sin City, desaturate the image completely. If you want to pop certain details like the Yellow Bastard’s cartoonish yellow skin (fron Sin City) or a femme fatale’s lips, create a node before the bleach bypass grade and selectively qualify those values in a tutorial I describe here.

Node #3 selects just the woman’s lips, then I’ve inverted the qualifier by making an Outside Node represented in #4. This is where I’ve taken the saturation to zero. Node #2 is my bleach bypass which sits on top of these other corrections. I also needed to add a window because my qualifier was picking up her nostrils and a bit of red in her eyes which was not desirable. 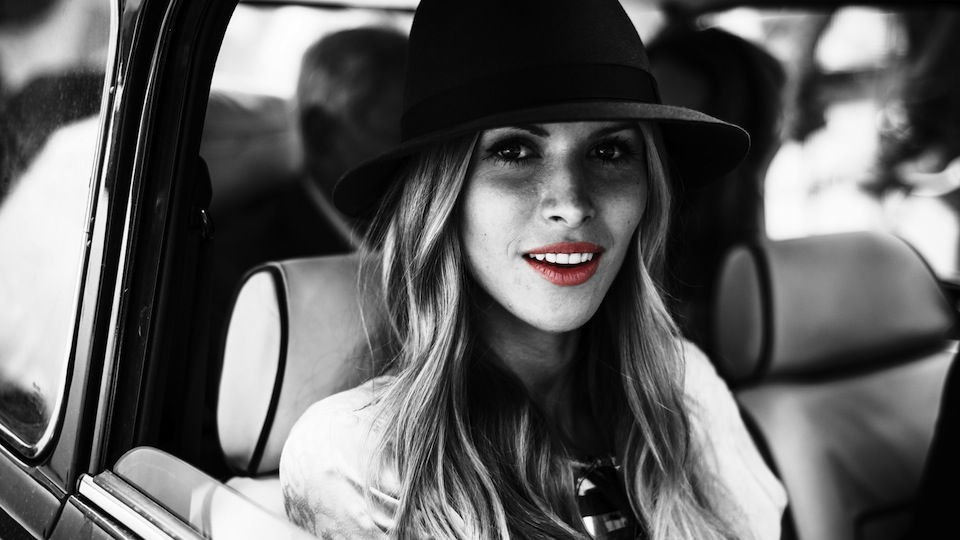 With the color drained away, you may now be perceiving the image differently. Double-check to make sure the contrast is still where you want it, and increase or back it off as needed. Lastly, you can play around with how much of the effect is mixing in with your base grade by going into the Key tab and affecting the Gain parameter. This is a great tool to know about when clients ask you to “split the difference.” You can half the effect by typing .5 into the Gain parameter. In our example I’ve backed the grade off to .7 for a less extreme high-contrast look.

Our client got cold feet that our look was too extreme. I’ve backed off the grade to .7 and now they’re happy again. 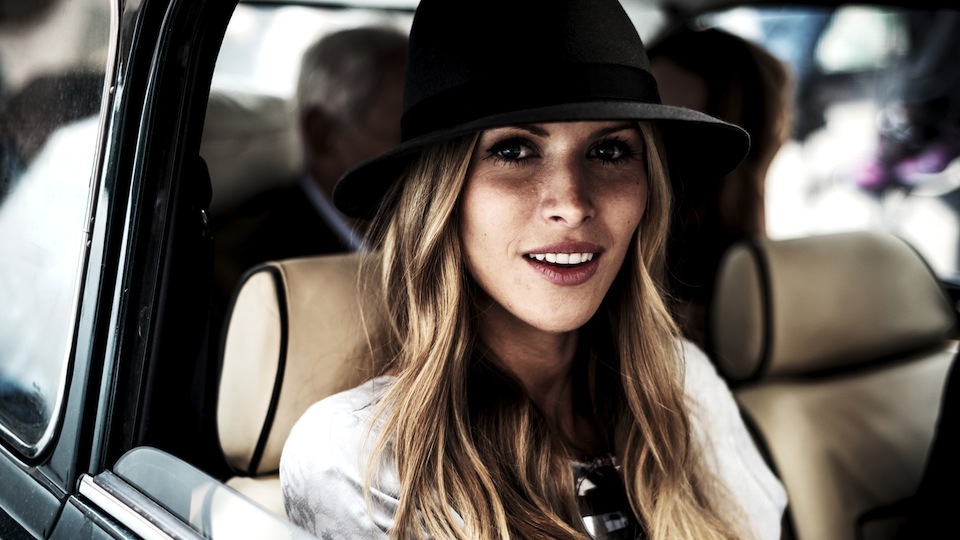 Grab a still of your work and post it in the comments. If you’re looking for feedback let me know and I’m happy to give pointers.