How to Find Your Comedic Groove as a TikTok Creator

If you want to create comedy content on the fastest growing social media platform, here are a few things to keep in mind.

Like many millennials, I was way behind Gen Z on joining the TikTok party. We had (and, frankly, still miss) Vine , so a lot of us were weary of jumping onto a new social media platform that might be ripped out of our hands on a whim. However, it looks like TikTok is here to stay.

Embracing a new social media platform during its rise can be a huge boost to your social media presence. With new active users joining everyday, one funny TikTok can get you thousands (maybe even millions) of interactions and followers.

So, if you’re coming from Vine, YouTube, or Instagram, what do you need to know about creating funny, relatable content on TikTok? Let’s explore some of the features you have at your disposal and how you can use them to become the next TikTok sensation.

What We Can Learn from Vine

I can’t talk to you about TikTok without first talking to you about Vine. I believe Vine was one of the best social platforms ever created. It spoke to me — you’ve got seven seconds of video, use them to your best ability. And people absolutely did. I’m sure if you watch the video above, you’ve seen and heard a few of them quoted by your friends.

Vine ushered in a new type of social media comedy where the jokes came quick; the bits hinged on a single line instead of a long, fleshed-out sketch. Since you had such a short time to work with, you made due with what you had. There’s something to learn from that. Sometimes a sketch doesn’t need a whole set-up to get to the punch line. The shorter the video, the more you can condense your comedy into a bite-sized, shareable video.

Ushering in the Next Generation: TikTok

While TikTok shares a few surface-level similarities with Vine, it’s the differences that are defining it for new users. You have a full minute to record your video. There’s video editing software built-in. You’ve got a plethora of effects and filters and content-creation tools at your disposal.

Let’s take a look at the trends and memes that TikTok users are using to build their brands.

♬ Jump On It – The Hit Crew

In the video above, you’ll see one of the more popular trends on TikTok — describing your action with text and adding a short little bit of video to it. It’s like creating a live-action tweet. Since music plays such an integral part on the platform, text-based exposition is used to set up the bit.

RANKING THE APPLIANCES IN MY APARTMENT: thanks for 30k!!!☺️

♬ Bach Concerto in a Minor for Violin – Classical Music

If you’re trying to do more personality-driven TikToks, videos like the one above — ranking household appliances — are super popular. Deadpan, self-deprecating humor is king (baseline, even) among the younger crowd. The cheesy, high-energy bits from early Vine and YouTube fall on deaf ears, so try to show your viewers that you don’t take yourself too seriously.

Challenges and hashtags are a hot commodity, as well. Like a meme, you take an established and well-recognized joke, and make it your own without deviating too far from the original bit.

The “Walk a Mile” meme originated on Twitter, and as memes usually do, it migrated over to TikTok. It’s always a shift in the objects used or the tone that makes it your own.

With challenges, though, comes an element of danger, since the platform allows anyone and everyone to post their take on a challenge. This creates a whole lot of one-upmanship and compels creators to take the challenges to seriously dangerous levels in order to stand out and get more views. Is jumping on an electric fence worth a few extra shares? Let’s just say “no” and move on. So, no. Moving on.

TikTok’s music and duet capabilities really separate it from the platform pack. When recording your own TikTok, you can source original audio from either a song (through their extensive library) or even audio recorded for another TikTok.

This allows creators to put their own spin on each other’s videos as well as make clips that call back to and “borrow” audio from existing memes. It’s a content style that’s been around for a while on Twitter and Reddit, but TikTok made it easier for anyone to do since you no longer have to rip the sound from the original source.

Above: The #DontLeaveMe challenge. I had to include it because I think it’s the funniest thing to ever grace the internet. How can you beat puns like this?

Obviously, I can’t tell you how to be funny. Everyone has their own sense of humor. Of course, with even a quick look at likes and shares, it’s possible to see what’s making people laugh right now. But, don’t worry about that, since copying other people’s humor can come off as disingenuous.

Your best bet is to just be yourself. Find out what makes you laugh, and stick with what you find funny — if only because originality and authenticity are worth their weight in comedy gold (and likes and shares and followers and fans and you get the idea).

Looking for more TikTok-related content? We’ve got you covered: 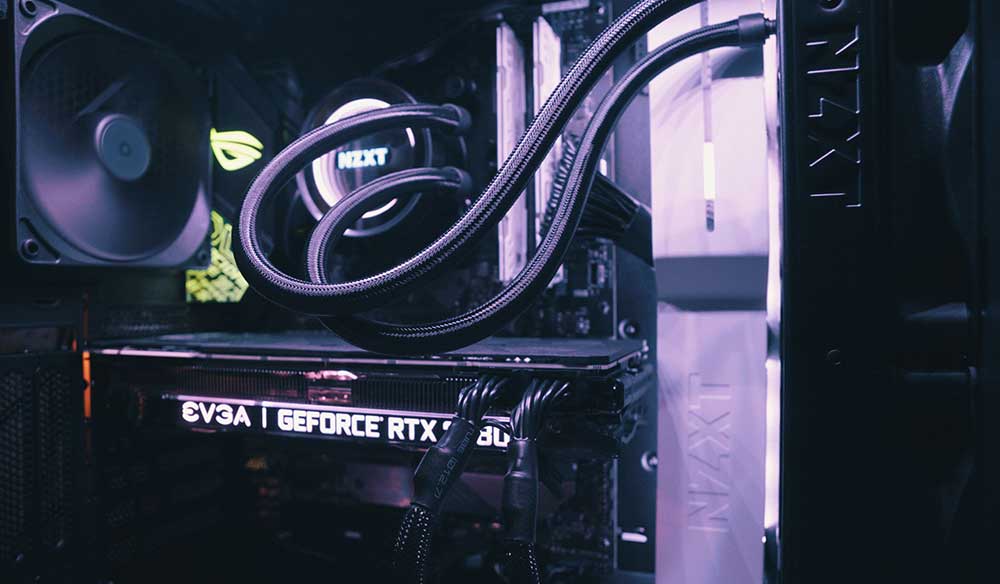