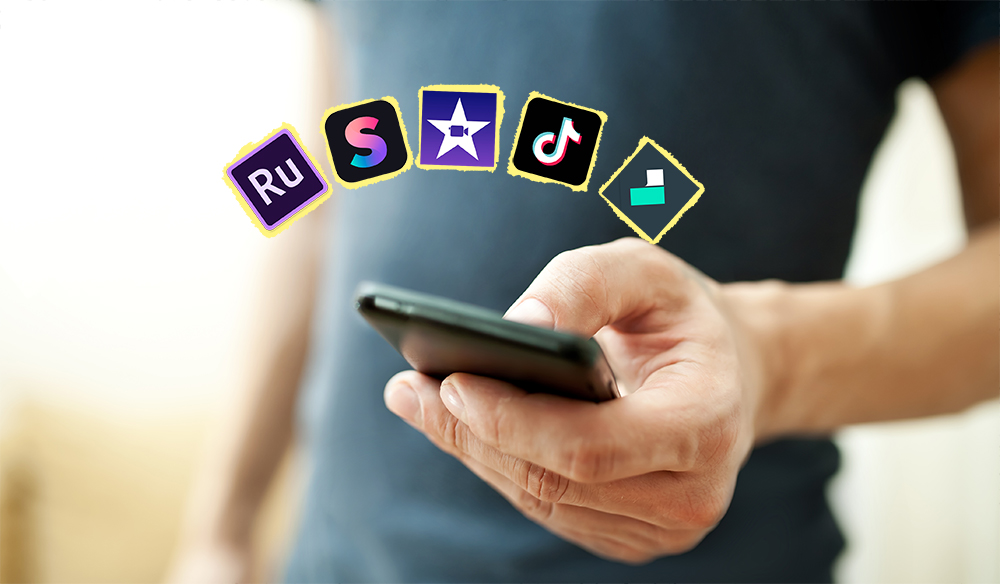 The Top Mobile Editing Tools for Filmmakers on the Go

From basic cutting to adding effects and animations, here’s what to look for in a mobile video editing platform.

Video editing has never been the most accessible step in the production workflow. You need the footage, you need a computer that can handle an NLE, and you need the knowledge required to use that complicated NLE, and that takes time. Traditionally, that time is spent in a chair.

Mobile video editing — editing video on a phone — changes all of that. As phone cameras improve with each device iteration, new apps and software appear that put video editing capabilities at our fingertips. Obviously, this new mobile workflow isn’t meant to replace your time in the chair, but it should keep you on your toes. Because if you’re in the business of video editing, and you’re willing to take advantage of the ability to cut on the fly, there are plenty of social media dollars to be made.

Shooting and editing and publishing content in the wild — it’s a thing now. And you should make that thing one of the things in your ever-growing skillset and maybe even on your reel. Let’s look at some of the best tools you can use in your mobile workflow. We’ll explore the best editing apps, get into some color grading and image tweaking, and wrap it up with some tips for working with music and sound effects.

Editing on Your Phone: “But, why?”

As we touched on before, getting good at the mobile video workflow can lead to new video work opportunities. And, don’t just get good — get innovative. Get imaginative. The possibilities are yours to create. As an example, here’s the coolest thing I’ve ever seen and how it relates to the topic at hand. You’re going to be upset you didn’t think of this first. And I’m going to be upset it you don’t start doing it tomorrow.

I’m hanging out with a friend on a shoot. During some down time, he pulls out his iPhone gimbal, throws on an external lens, and starts getting shots. (If you’re interested in learning how to build a video recording kit for your phone, check out the video above.)

As, I’m watching and wondering what he’s doing, he captures a couple of minutes of strong B-roll, cuts together a quick 30-second recap clip, throws a song on top, and sends it to me. All on his phone, and all in minutes.

My first reaction was, okay, that was impressive. My second reaction: But, why?

He explains that this is how he gets every single one of his small business clients. He walks into a place, shoots one of these simple videos, edits it together on his phone (sometimes in the actual place), and then sends it to the business — free of charge — for them to use on Instagram, Facebook, or YouTube.

It takes 5 minutes, and it starts a conversation that very often leads to an invitation to come back and make another video, only this time they’ll pay him to use a bigger setup. Boom. Cash the check.

So, again, my point is this: Shooting and editing and publishing content in the wild — it’s a thing now. And so is getting paid for it. You have have everything you need in your pocket.

The Best Apps for Editing Video on Your Phone

Using iMovie is perhaps the easiest way to cut clips together on your phone. Personally, I never considered iMovie to be anything other than a surprisingly strong beginner-level software. Turns out, it really shines for mobile.

It’s intuitive and capable of handling a modest amount of footage for a quick edit. You can cut and add text. You can filter and tweak images by adding contrast, increasing clarity, and changing color temperature. You can even add “Fade in/out from black” transitions to give your video a more cinematic presentation.

One of iMovie’s best features — the option to speed up or slow down. New iPhones can record 4K at 24, 30 and 60 fps. Older models are usually locked in at 30 fps, so if you slow the footage down, expect it to look choppy. Once you’re done with editing, iMovie lets you export directly to YouTube, Instagram, and TikTok and upload to Vimeo. 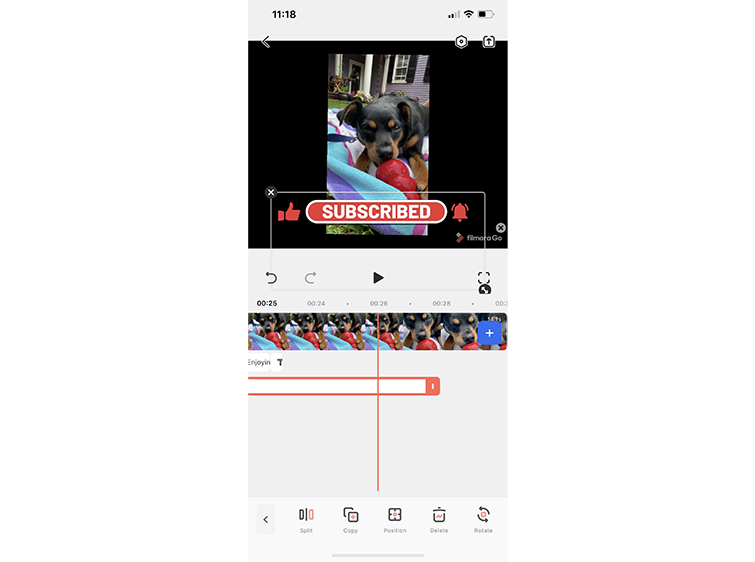 In addition to basic cutting, FilmoraGo lets you add text, stickers, music, and sound effects to your footage. The music is either pulled from iTunes or from the app’s (limited) library of royalty-free songs. You can also tweak color and apply filters to your footage after you’ve cut it up on your timeline.

Additionally, FilmoraGo has a wonderful little feature called “pip” (or picture-in-picture) that allows you to place and size-down a clip on top of another clip. What are the real world applications of such a feature? The most I can come up with is making a reaction or commentary video. It’s an odd little inclusion, but it did catch my eye as a unique mobile editing feature. So, you know, way to go, FilmoraGo.

It should be noted that using FilmoraGo means you’ll have a FilmoraGo watermark in the bottom right-hand corner of your exported video. However, you do have the option to remove it by upgrading to the app’s Pro version for around $4.99/month or with a one-time $49.99 purchase

In the story I shared at the top of this post, the “oh, I do this all the time” guy was using Premiere Rush. It’s Adobe’s mobile video editing solution, designed for social and web content creators who don’t really need the power (and more complicated interface) of Premiere Pro.

If you’re already using a Creative Cloud account for your heavy editing and motion graphics work, you might as well download Premiere Rush. You can use it on your mobile device and there’s a desktop app as well.

If you’re on the NLE fence and struggling to decide between Resolve, Premiere, and FCPX, perhaps consider Premiere Rush as the deciding factor, as it offers the opportunity to start honing your mobile workflow while still using a pro-level application.

Worth noting: All three of the apps above allow you to record and add voice-over and original recorded sound to your video during the editing process. So, if you need narration or sound bites, you won’t have to leave the app to make it happen.

The Best Apps for Adding Effects and Animations to Videos 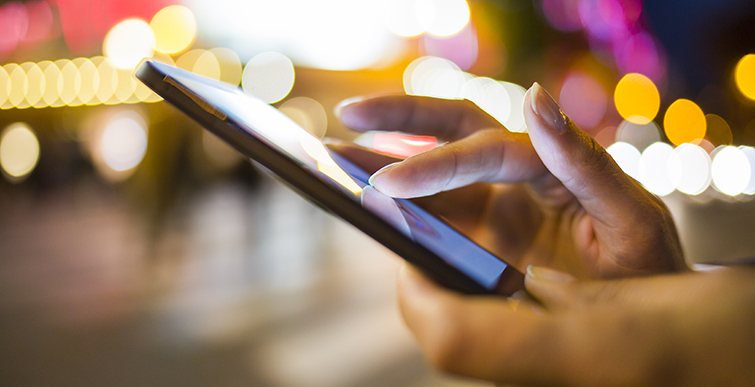 One way mobile video editing clearly differs from desktop editing is the ability to add effects and tweak footage in certain ways. Since you can’t really download and import graphics, overlays, and presets on your phone, it’s important to find an app that has a built-in library of these kinds of assets. You can expect to pay more for these apps, because, well, they do more. And if you’re in the business of regular mobile video uploads, it’s worth it. You’re investing in something that can only help you gain new clients — production value. 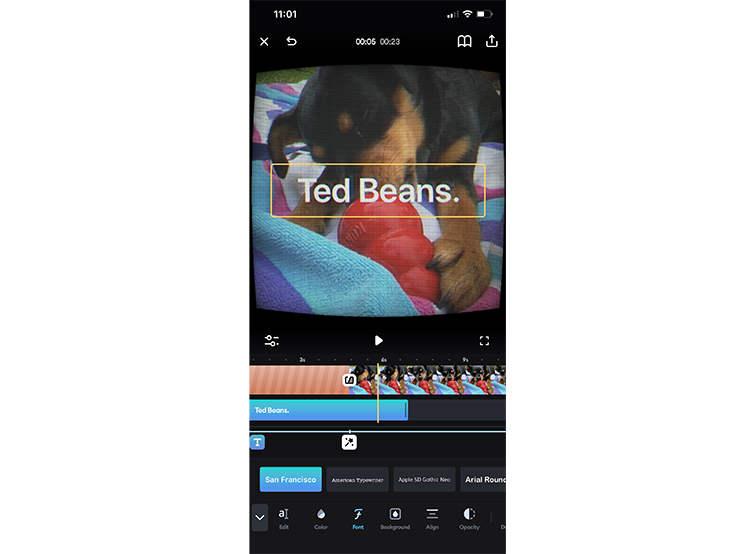 Splice might be for you if you’re interested in adding effects, animations, and actual title cards. I’ve seen a ton of TikTok creators who actually edit their videos in Splice. (Thats actually how I discovered it.) What makes Spilce so good?

For starters, those title cards. This might not seem all that special, but what you’re doing is actually adding a new clip to your video that the app has created for you. You can change the color matte beneath the text, as well as choose from a variety of different fonts.

Another notable feature of Splice is the inclusion of “effect overlays.” You’ll find glitch, vintage, and chroma-based effects to throw on top of your footage, and you also have the ability to animate images for quick slideshow exports.

While KineMaster has all the same bells and whistles as other mobile editing apps, it really shines for its nuanced color correction abilities. The color changes aren’t as drastic, and, with phone-captured footage, you don’t want big, drastic changes.

KineMaster lets you add animations to (and tweak the colors of) titles and text. And, honestly, while text animations will help your video stand out, they’ll also trick people into thinking you used keyframes in a desktop app. Throw in KineMaster’s ability to use transitions on music and sounds, and it’s easy to understand why the app is a heavy hitter in the all-important “adds production value” space.

The first time I actually took the time to actually figure out the actual possibilities lurking inside TikTok, I was caught off guard. Very much so. I was so caught off guard that I had to write an entire article about it. Seriously, there’s so much you can do with TikTok.

The app basically serves as an editing application. You can quickly and easily cut up video as you view your timeline, working with time-coded clips. You can add text exactly where you need it for exactly the length you want it. There are filters, sound effects, and music. There are actually a ton of effects and image-manipulation options that you won’t find in any of the other apps listed above.

But, the main point I want to make is — you don’t have to upload the video to TikTok. You can just edit the video together and then export it from within the app.

Truly, I implore you to consider TikTok. As it grows in popularity, its capabilities and in-app features are only going to improve and multiply.