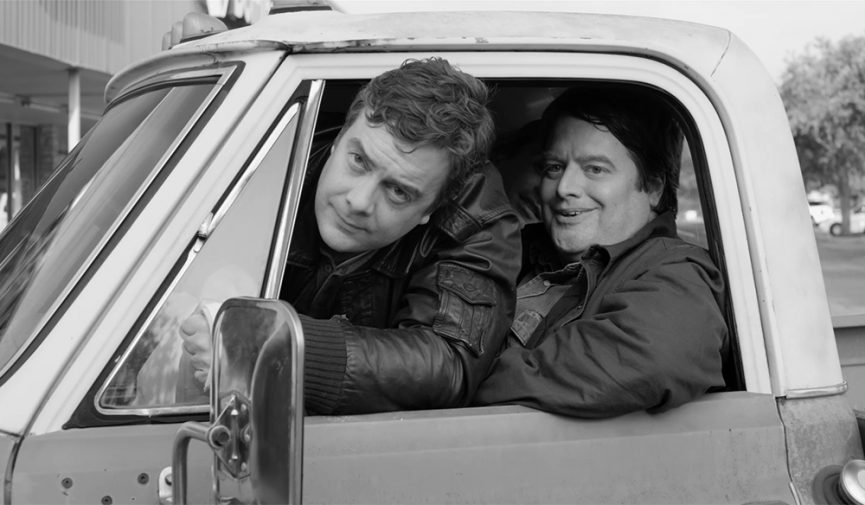 Filmmaking Advice: Why You Should Consider Shooting in Black and White

How do you make your film stand out at festivals? Consider the advice of these filmmakers on why they shot their feature in black and white.

All images via Pepper Island Films and DIFF.

Almost like a rite of passage, famous filmmakers have found themselves drawn to shooting films in black and white, despite the obvious advancements of color film stock and digital cameras.

Woody Allen directed Manhattan, the Coen Brothers did The Man Who Wasn’t There, and Tim Burton made Ed Wood, to name a few. For each, the decision was a blend of aesthetics, convenience, and a love for the format. 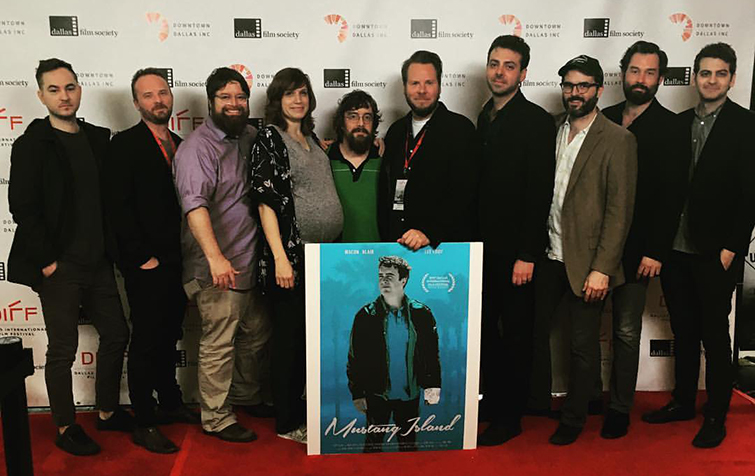 We caught up with filmmakers Craig Elrod and Nathan Smith (pictured above 6th and 7th from left) behind Mustang Island at the recent world premiere at the Dallas International Film Festival to chat about their film and their decision to digitally shoot black and white.

For Mustang Island, we really wanted to elicit a timeless aspect of the film. The story itself just had an older feel. We were watching a lot of Kaurismäki films and films from the ’30s and ’40s for inspiration and wanted to capture that same timelessness that wasn’t in a naturalistic world – we wanted to cue the audience that they were in a different place, that they were watching a movie that was bigger than life. — Craig Elrod

When considering black and white for your project, it’s important to understand what the style can convey to your audience. As Elrod points out, Black and white can seem timeless in a way that the audience can contextualize within cinema history — which can be quite powerful if you’re looking to disconnect from the present. 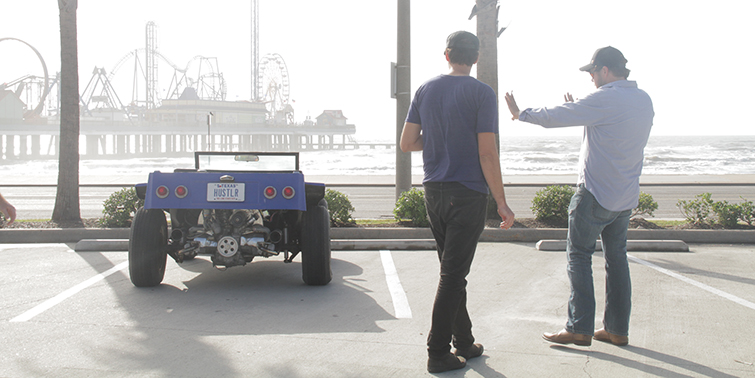 Shooting in black and white really forces you to focus on your composition. You can’t just throw a lot of color into the frame to create something flashy. You have to think about your camera placement, lens choice, and what your frame is conveying. — Nathan Smith

In addition to shooting in black and white, director of photography Nathan Smith also shot Mustang Island in an older style with flat backdrops and a camera that seldom moved. Without a heavy reliance on camera motion, the style invites you to take in the full composition in the frame and consider how it fits in with the story.

With black and white, it just sets the expectations for what kind of film it will be, which helps for the comedy. The film deals with breakups and sadness, which for a comedic tone, it helps the film preserve a more specific, dialed-in tone. — Craig Elrod

Similar to films like Noah Baumbach’s Frances Ha and Woody Allen’s aforementioned Manhattan, Mustang Island is comedic, but it is a love story at heart. Elrod and Smith’s black-and-white film never lets you forget the underlying themes despite heavy doses of goofy characters, wild antics, and comedic sequences. 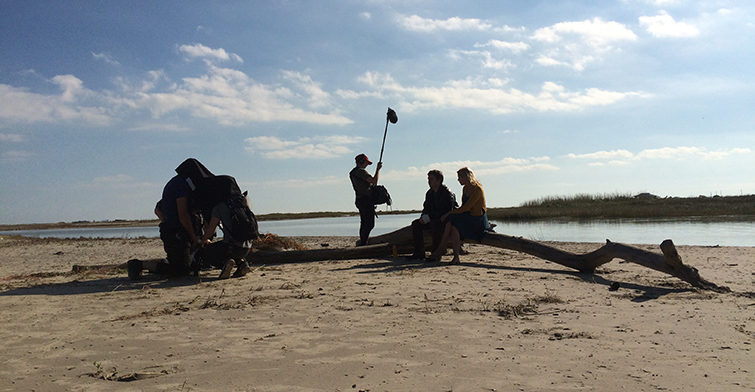 We shot half of our film in Austin, Texas and the other half in Galveston. The color palettes of some of our Austin and Galveston locations were very different, and the black and white proved to be very helpful in terms of matching locations and keeping everything consistent throughout the edit. — Nathan Smith

When shooting in multiple locations and across different seasons, matching colors and “faking” locations can easily become a large part of production and post-coloring. When shooting black and white, it’s still important to monitor these issues, but, as you can imagine, it makes matching shots to shots easier. 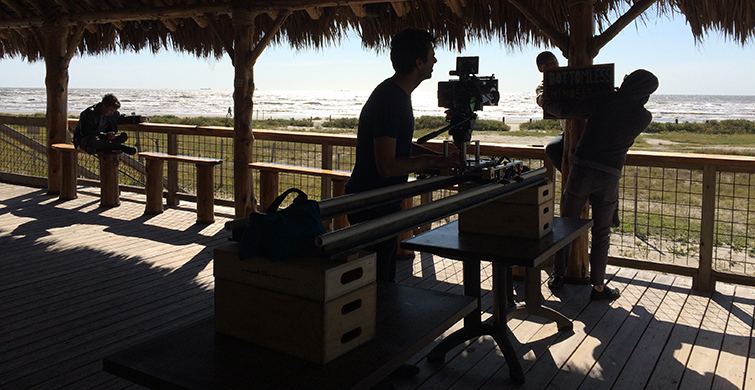 If you’re with a stripped-down crew, which [is how] a lot of film was shot when we had to hit a lot of locations, when we were doing some night exteriors in the cities, it gave us a little more leeway out on location to work with the natural and practical lights and not worry too much about mismatching color temperatures. — Craig Elrod

For many productions, practical lighting can actually be a good (or, at times, the only) option. When shooting in black and white, working with practical lighting becomes a little easier, especially at night. It also helps, as was the case with Mustang Island, to shoot daylight exteriors on a bright beach.

Interestingly, Mustang Island‘s crew shot in color with the the plan to finish the film in black and white. While you’ll never catch a “we’ll fix it in post” statement from our featured filmmakers, it is interesting to note just how much color and contrast control you get when grading your color footage down to black and white.

Be sure to check out Mustang Island‘s website or Facebook page. For more filmmaker interviews and coverage of DIFF, check out this article.

Have you worked on a black and white project? Let us know in the comments.