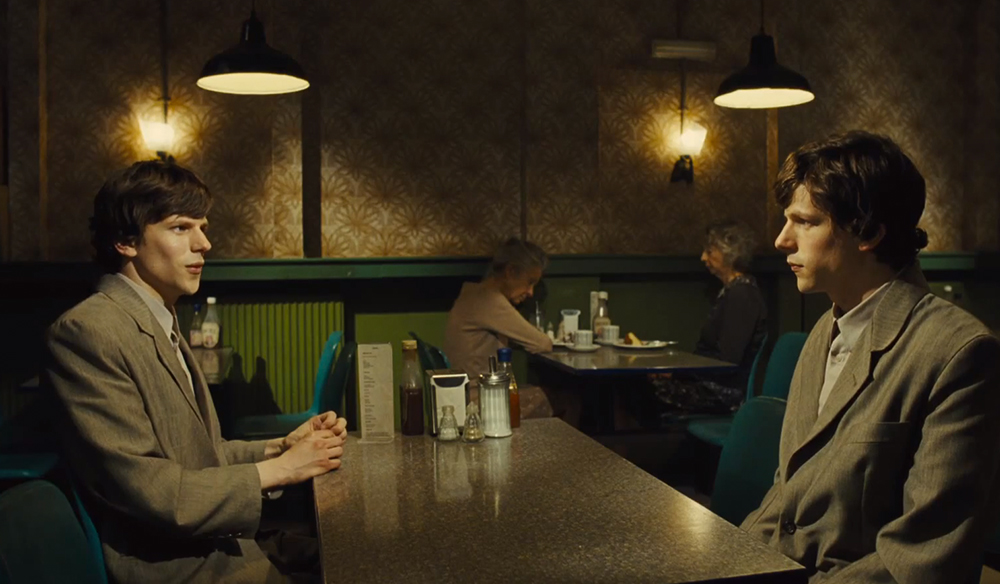 Cool Video Trick of the Day: How to Create a Cloning Effect

Creating a cloning effect is surprisingly easy. In a nutshell: you can create a cloning effect by overlaying two videos, as long as the backgrounds stay the exact same. A simple mask tool or cropping effect will do the trick.

For example if we composited the images below:

We could end up with a pretty convincing cloning effect that uses only a single mask.

Creating a Cloning Effect in After Effects

This video tutorial from Film Riot shows how easy it is to create a cloning effect using After Effects. The tutorial is fairly straightforward — just mask out the areas around your cloned subject. It should be noted: if you want to create a cloning effect where the subject passes in front of another clone, you will need to do some potentially time-consuming rotoscoping.

Creating a Cloning Effect in FCPX

Cloning in FCPX is very similar to cloning in any other video editing application. All you need to do is simply layer both of your clone layers on top of each other and crop out the unnecessary parts of the video frame.

You don’t need After Effects or FCPX to create a cloning effect. This technique will work in virtually any video editing application… just look for the pen tool or crop effect.

Four Things to Consider When Trying to Clone Yourself

When you get down to it there isn’t a lot that goes into creating a quick cloning effect, but there are a few things you might want to consider.

When working with cloned videos, you need to make sure your video camera is set to a custom white balance. If the video is set to auto-white balance, you might run into issues where the color of your videos don’t match. If you encounter this problem in post, you can usually fix it by using an automatic color correction tool like the Fast Color Corrector in Premiere Pro.

In line with white balance, you need to make sure that the exposure between your two video clips is consistent. The only way to guarantee that the exposure is 100% similar is to throw your camera into manual. If you don’t set a unified exposure, you might run into some issues where your video has a harsh seam. In the example above, you can see how unbalanced exposures can lead to an unconvincing cloning effect.

It’s super easy to create a cloning effect if one of your subjects is on the left and one is on the right. But if your subjects actually crossover or interact with each other, you’ll run into some very tedious and cumbersome issues. If your subjects end up overlapping, you’ll either need to rotoscope one out (which can take a lot of time) or rethink the way you are shooting your clone video. If your video requires overlapping action, you’ll probably want to shoot on a green screen instead.

4. Lock Down Your Tripod

Even the slightest movements in your tripod will completely make this effect fall apart. When working on a cloning effect, lock down your tripod and keep an eye on any crew members getting near the camera. It’s usually best to work a little faster than normal, just to ensure that none of your environment accidentally changes on the shoot.

If your clones have a conversation with each other, then you’ll need to record and playback your footage while on set. I recommend using a small handheld camera that can record quick audio. This will prevent you from having to dump your A-camera footage to an external playback system between shots. Simply record a shot with two cameras and playback so your actor can see when they’re doing the second take. You may need to work on the timing a little in order to get it right.

Have you ever recorded a cloning effect? Share how you did it in the comments below.