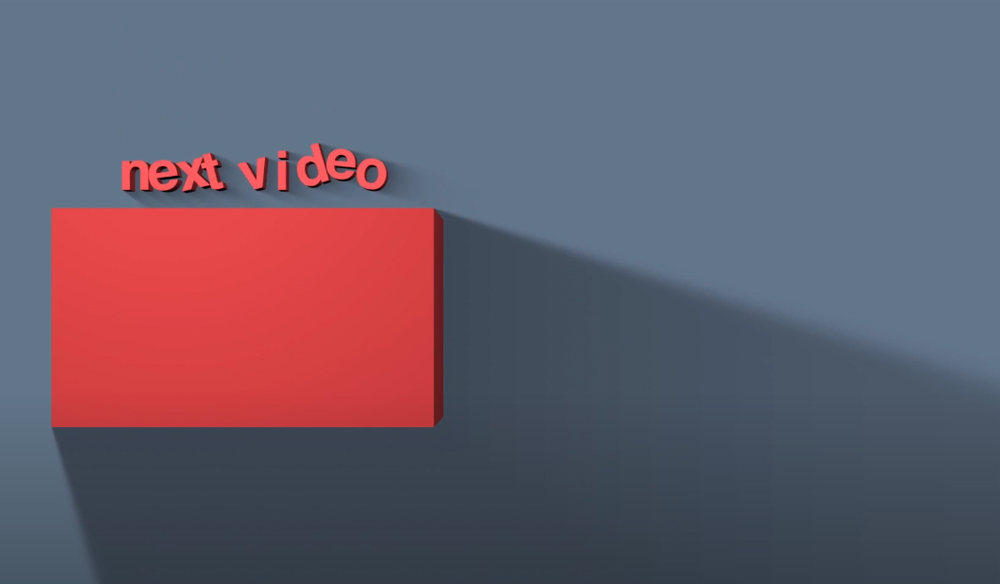 Although Newton 3 is a 2D physics simulator and only accepts 2D shapes and text, there’s a small workaround to incorporate 3D shapes. Let’s take a look.

If you’re already familiar with the ins and outs of Newton 3, feel free to skip to the next section. That’s where you’ll find today’s video tutorial.

If you’re completely new to Newton 3, watch the following twelve-minute basics tutorial before moving on. Newton 3 is a complex plugin for After Effects, but for the most part, this “101” clip will get you going with the basics of the physics simulator.

This is what I have. It’s a mock-up to be placed under the YouTube end-cards to give them a bit more flavor. And, using Newton 3’s physics sim, we can do just that.

But, we’re going to get the text to appear as 3D elements. There are a few setbacks in applying 3D elements in After Effects to a Newton 3 animation, but the outcome is cool.

To start, make sure you already have your Newton 3 animation complete. Due to the manipulation of the shadows and shapes, it works better for minimalist animations, as opposed to something extravagant where shapes continually cross each other. In the same After Effects composition, we’re going to create our background solid. And, while the choices are infinite, I find using a matte color works better to sell the effect.

Next, select the first shape layer, and change it to a 3D layer. We’re then going to open the geometry parameters and change the extrusion depth to 250 — but this can be set to whatever is needed to suit your shape layer. 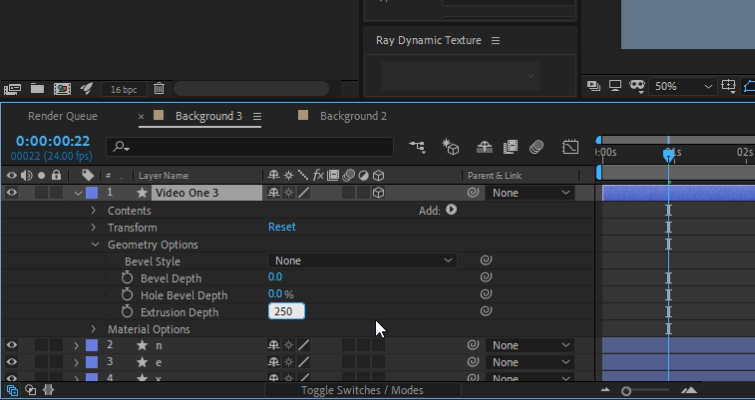 However, at the moment, it doesn’t look entirely 3D. We can see some form of depth to the shape, but it doesn’t look right. This is because the side, which should naturally be darker, is the same level of brightness. 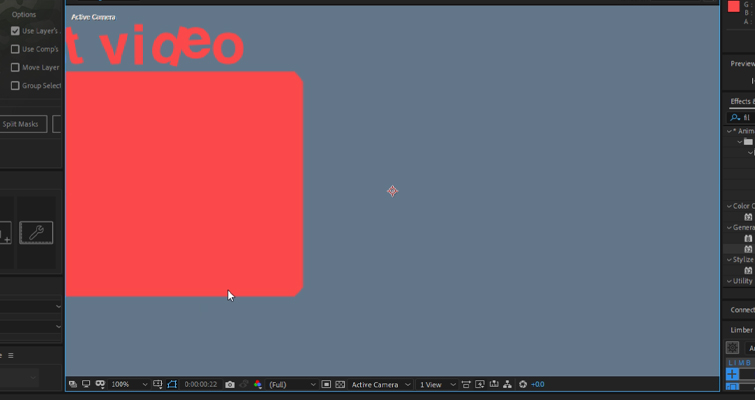 At the point, we’ll need to adjust the brightness.

Thankfully, After Effects has a number of tools to remedy this. And, because we’re working with a 3D layer, we’re going to add a spotlight to push this region into the shadows. 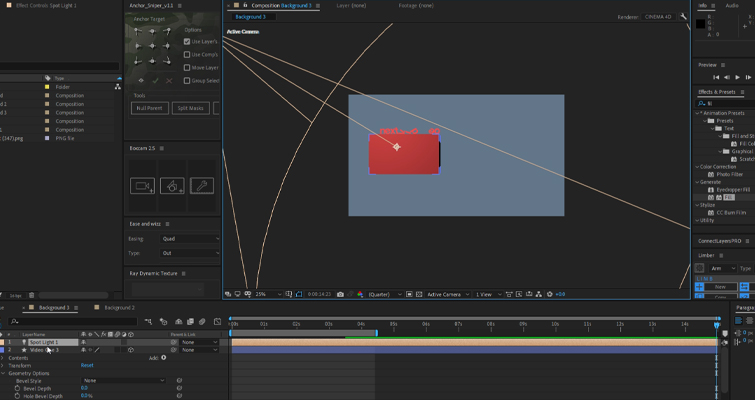 Push this region into the shadows by adding a spotlight.

Like the extrusion depth, the light settings will be dependent on the style of your project, but I’ve set my spotlight at the default brightness of 100. At the moment, the side is now too dark, and because we’ve made the shape a 3D layer, if we decrease the brightness of the spotlight, it’ll darken the entire shape. Therefore, just like with practical lighting on a set, we’re going to add another spotlight, but this time over to the right, and this is to act as a fill light.

If you’re not familiar with what a fill light is, in film and photography, it’s essentially a secondary light that isn’t as powerful so that it won’t create an equal amount of brightness, but it’ll bring the opposite side to the primary light up from the shadows. 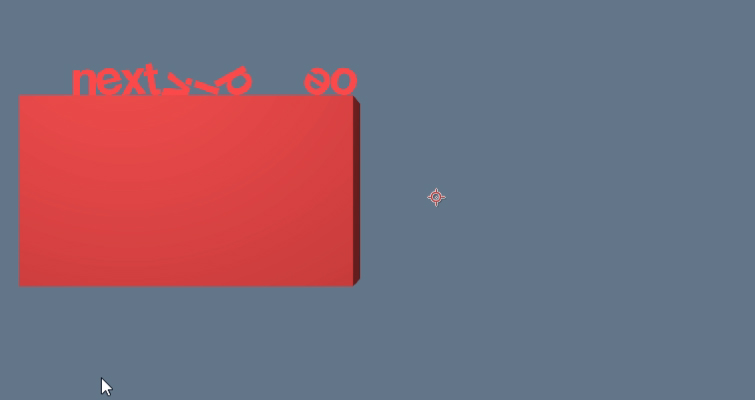 Now, we need to add shadows.

This looks like a three-dimensional image. However, it lacks one crucial feature, the shadows cast from the light.

To do this, we’re going to add three effects. First, we need to create a duplicate of our shape and turn off the duplicated layer’s 3D layer option. This is because the effects won’t work properly on 3D items, and for the time being, we’re going to turn off the original layer. Additionally, you want to make sure you have the 3D layer above.

The first effect will be a Fill, but instead of making the fill black, we’ll sample the background color and find a darkened version of this hue. 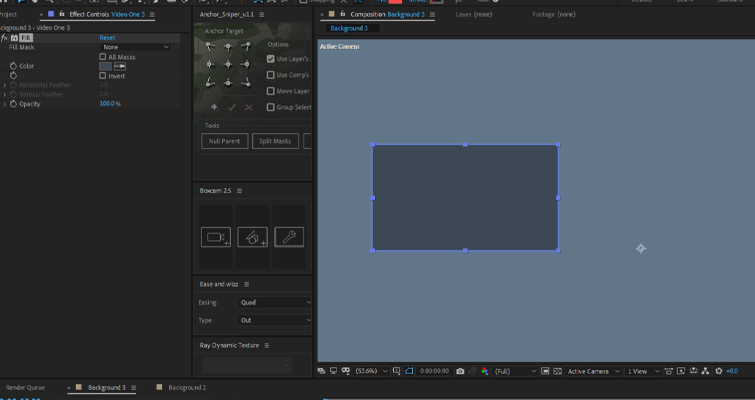 We’ll use a darkened version of this hue as a background.

Next, we’re going to add a CC Radial Fast Blur. Increase the amount to 100 (or whatever suits your project), change the zoom to brightness, and adjust the center point to the top right where the key light is. 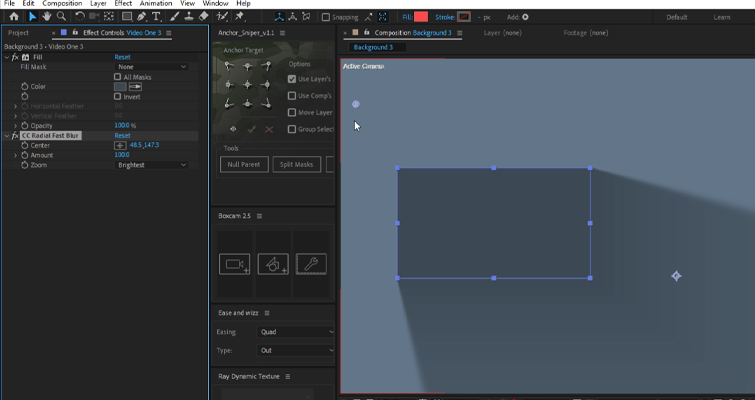 Finally, we’re going to add a CC Composite to bring back the shape’s original color. 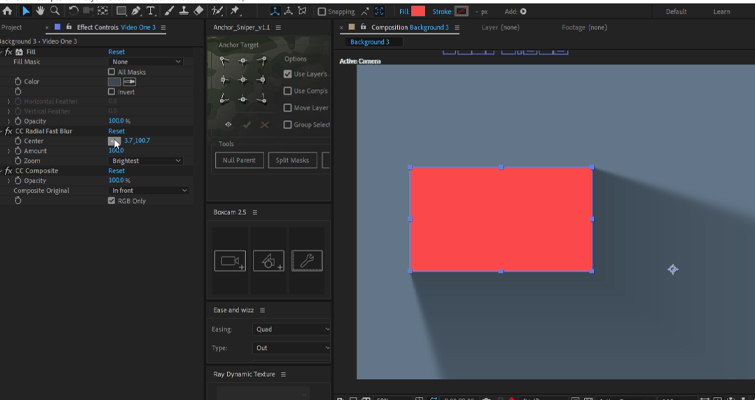 Finally, bring back the shape’s original color by adding a CC Composite.

To finish this process, turn on the original layer’s visibility, and your file should look like this. 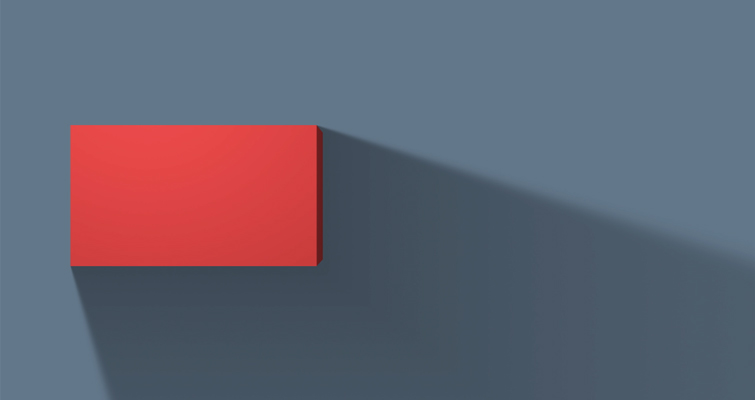 Now, we have visual layers and shadows.

To finish, we’re going to copy the elements we’ve created over to the text. Given that the square is a static object, and the text has the Newton 3 animation properties, you might ask why we’re applying the 3D finish to the square first, and not the text. In this particular case, it allows me to properly configure the effect on a larger scale to fine-tune the settings.

So, let’s turn on our text shapes, then duplicate the text and add them to a pre-comp. This allows us to neatly add the shadow effects to a single file, instead of adding them to several files. 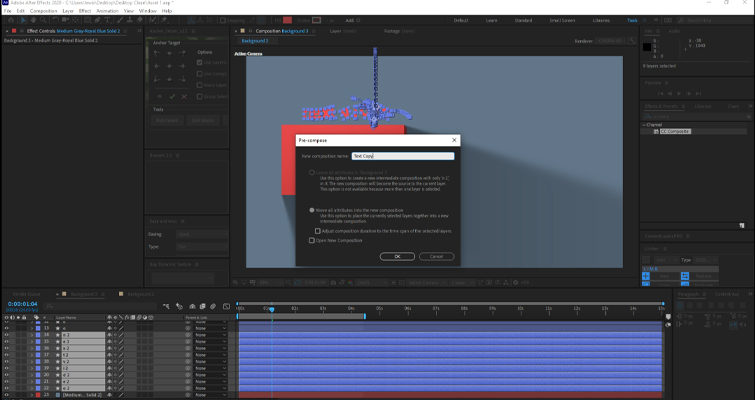 Then, copy the geometry properties over to the text, but remember to turn on the text’s 3D layer mode. 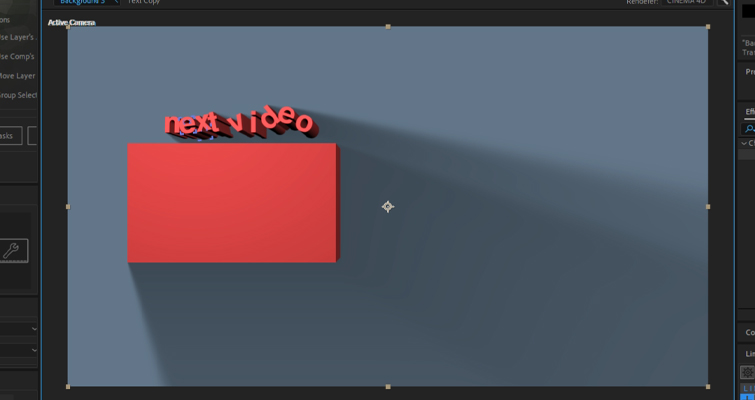 Copy geometry properties over to the text.

For my project, the extrusion is too deep. Therefore, I’d need to decrease the amount to a level that’s proportionate to the square.

This is the foundation of making your 2D shapes appear 3D.

You’d then mimic the process for the additional shapes or text layers, but make adjustments to the shadow and extrusion depth, as those settings may differ with the varying shape sizes.

It’s not perfect. We’re not going to get shapes moving around and rotating in 3D space without using additional plugins or dedicated 3D physics software. Still, this is your best step for giving your Newton 3 animations that extra depth in After Effects for simple shapes and text.

Since you’ve already got After Effects open, add a couple of these techniques to your bag of tricks: