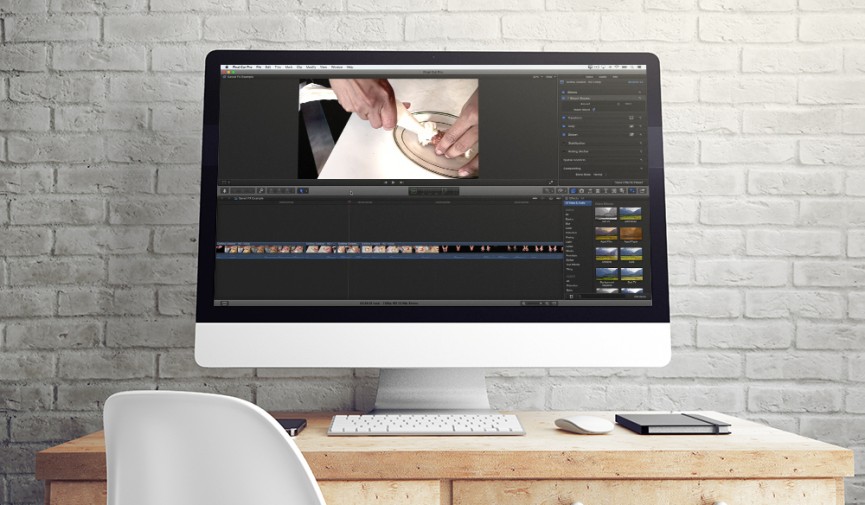 With the latest version of Final Cut Pro X, Apple is certainly not attempting to reinvent the wheel. For the most part, the update includes bug fixes, performance enhancements, and other new features, such as the ability to output to multiple YouTube clips at once. But one of the more interesting additions to 10.2.3, one that will make certain editorial tasks easier and more convenient, is Final Cut Pro X’s ability to customize default effects.

Many of you are probably already familiar with Final Cut Pro X’s default transitions as a result of using the shortcut CMD+T. With a clip selected, this will automatically apply a cross dissolve, giving editors a very fluid method for applying a transition without using their mouse.

Some of you probably also know that you can right-click on any transition in the Transitions Browser and set it to your default. So for example, if you want to use a wipe transition on multiple clips, you can replace the cross dissolve transition with a wipe, allowing you to make use of your keyboard shortcut.

With the latest version of Final Cut Pro X, you can do the same for color or audio effects. By default, Final Cut Pro X will now apply a basic color corrector to your clip when you hit Option+E and will apply a channel EQ to your audio when you hit Command+Option+E.

Much like how default transitions work, you can set any color effect or any audio effect to be the default setting, effectively overriding the current presets. For instance, if you often need to use a black-and-white color effect to preview a certain look, it might be worth assigning that to your keyboard shortcut as a means to quickly see how a clip will work in monochrome. Alternatively, you might want to add some reverb to a bunch of your audio tracks for stylistic effect, and can do the same using this method.

For a quick demo on how this works, check out this video from Ripple Training, which outlines the new feature:

What’s your favorite default transition? Share in the comments below.