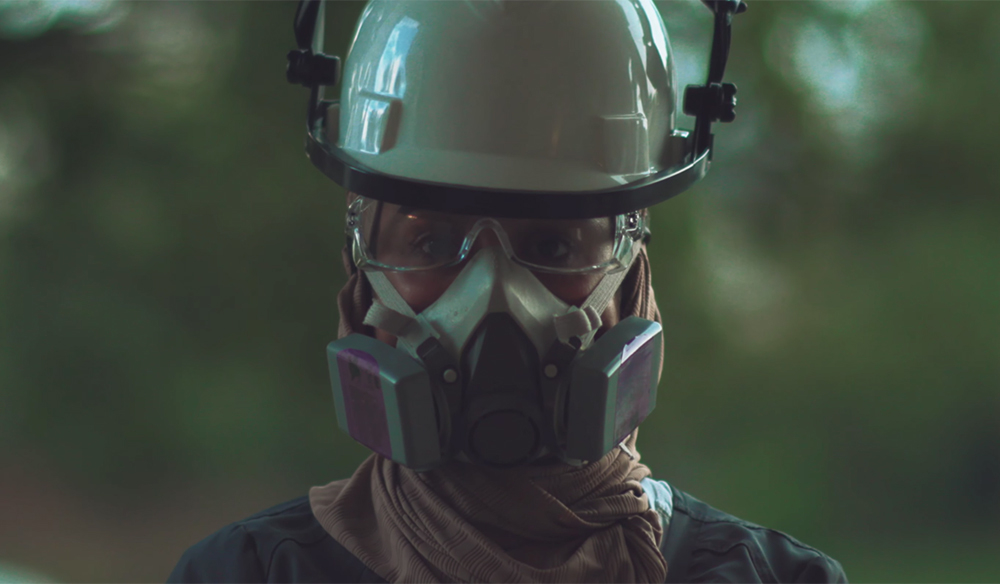 How Music Helped to Motivate This DIY Coronavirus Documentary

A chat with the filmmakers of Affected: The Story of Us on how they were able to put the soundtrack first to render their emotions. Dive in!

No matter how dark the world can feel at times, it’s good to know that there are ambitious young filmmakers out there who care about telling the stories of the people around them. As the novel coronavirus has been by far one of the biggest issues of our time, it’s interesting to see how filmmakers across the world have been affected—as well as how they’ve chosen to respond.

Two of these filmmakers are Artem Koker and Nathan Cushing, who run a production company called Arazo Media. Like many film and video professionals, they were affected by the initial coronavirus shutdowns and were trying to decide what to do. However, instead of hunkering down, they decided to turn their cameras on to explore just how they—and their community—were affected.

We chatted with Koker on the production and editing of their feature film Affected. You can watch the trailer below, which has garnered over 50,000 views on YouTube. Arazo Media also exclusively used PremiumBeat tracks for the soundtrack to their film and trailer. They chatted about this process and how they were able to use music to inform and guide their emotional film.

How do you begin the editing process for a project like this?

Everything starts with music. Everything starts with a really good promotional track. Always what I’m looking for is a piece that strikes me in a certain way on a real emotional note. And I can hear this usually in the first few seconds when I listen to a track—I’ll just know that this is it.

As for the shooting and editing of Affected, the Arazo Media team had to make many difficult decisions on everything from what camera they shot on (the Canon C200), to how they were going to compile together the hundreds of hours of footage they shot into a concise narrative documentary.

Eventually, they settled on a format that combined documentary interviews along with their own narration, as they also explored how the pandemic affected them and their production company. As Koker mentions above, his methodology for the edit consisted of putting the music first. By searching for the right emotional song and tone, they built the narration using music as a backbone to their storyline.

Take us through your decision to use PremiumBeat?

We’ve actually been using PremiumBeat for pretty much all of our videos since we started Arazo Media. And the main reason is because, out of all the different websites that we’ve searched through, PremiumBeat just has the best sounds. And again, I’m going back to how I look for those sounds that can really make you feel something—a really powerful emotion that can empower you to do whatever the video is about.

When speaking about their decision-making process for a soundtrack and searching for those perfect tracks, Koker mentions that it ultimately came down to curation for him. When working on documentary projects—or corporate, commercial, or narrative features—you want to know that you’re looking at the best tracks available and the ones that can hit you the hardest in terms of an emotional response.

Along with looking at the overall curation in regards to the quality of an audio library, Koker highlighted how they’d look through expert picks, as well as the many playlist collections (like this documentary collection) as a way to zero in on the exact tone and mood that they were looking for.

How has your process of editing with PremiumBeat music been?

Without music, I can’t imagine anything, so I really like to have the tracks ready to go to help me feel what I’m creating. For using PremiumBeat tracks, I generally prefer to download the full track as a whole and to lay that underneath whatever section that we’re working on. As the sections begin to come together, I’ll then go in and cut the track up myself to blend it together as our narrative takes shape.

For those who are just starting their careers in film and video production, the challenges of ramping up from corporate and commercial videos into long-form documentaries are numerous. By Koker’s own admission, this was their first project that was longer than five minutes. However, as they quickly discovered, there were plenty of tools at their disposal to help them as they worked with projects and files much larger than they ever had before.

Editing on Final Cut, they were eventually able to figure out a two-computer system to organize and handle all of the 4K and RAW footage, before moving it over to an actual editing timeline. At that point, Koker would bring in the PremiumBeat audio track to lay under each section or sequence.

What has this production ultimately taught you as filmmakers starting out on your journey?

In order to really have success and find opportunity, you first of all have to have an open mind and you always have to be trying new and different things when it comes to innovation. And, I actually talk about this in the documentary as one of the conclusions that we come to when we look at ourselves and how the pandemic affected our company and revenue. I’d say that just because you see everyone running one way when faced with a crisis, doesn’t mean that you can’t look the other way and see it as an opportunity to do something new or try something different and make something happen.

As you can see just from the trailer to Affected, it really is a story that’s very emotional and personal to both filmmakers and people around the world. However, it’s refreshing to see so many people who are also able to find new and creative ways to branch out from their traditional video production backgrounds and models to explore new styles and formats.

By using music tracks as a basis to build out a stark and telling documentary narrative, these filmmakers explore some of the biggest themes of our times. This is a promising example of the possibilities to come in the future.

If you’d like to find out more about the project, you can check out Arazo Media and their official Affected page.

Dive further into curated playlists and advice for working with audio and soundtracks: