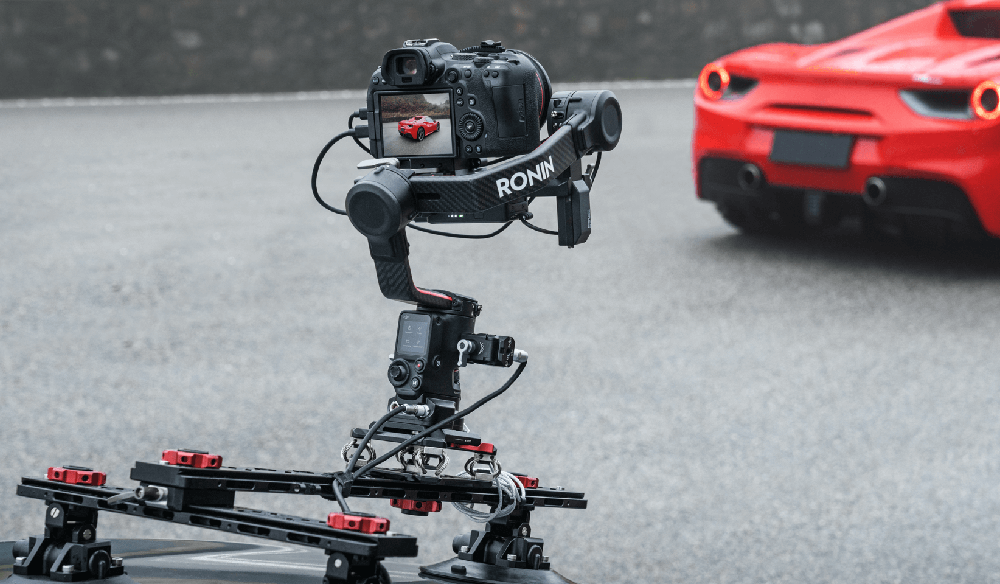 Two new camera stabilizers for you to drool over as you debate on which one to get. Let’s take a look.

DJI has released two new camera stabilizers — both revolutionary in their own ways, and both giving you the much wanted features other stabilizers and gimbals have been lacking.

The RS 2 is the new DJI flagship stabilizer for professional filmmakers. This stabilizer supports a heavier payload, allowing you use use cameras like the Arri Alexa Mini LF, Blackmagic Pocket Cinema Camera 6K, Sony a7s III, and Canon 1DX.

The DJI RS 2 is the follow up to the Ronin-S, and this new gimbal really delivers on the upgrades. It’s lighter, coming in at 2.36 pounds, and can carry up to a 10 pound payload.

Not only do you retain the 3-axis control, there are much better tracking systems in place as well as more configurations for you to shoot in.

The RS 2 is a great combination of both full size Ronin 2 and Ronin-S features. You can tell a lot of thought and testing went into the stabilizer to give us the most versatile tool.

The new battery system carries a 12 hour charge, and if that still isn’t enough, the new rapid charge system will give you an extra 2 hours of life with only a 15-minute charge.

The RavenEye transmitter allows you to easily connect to your Ronin, and not only give you an instant 1080p feed monitor on your phone or tablet, but you can then use your device to track subjects. With Force Mobile you can mount the Ronin out of reach, and fully control it from your mobile device.

The front wheel dial allows you to control focus with your index finger.

The RSC 2 is the more compact option made for smaller mirrorless and DSLR cameras.

The RSC 2 is really a vlogger’s dream come true, as you have a vertical mode at your disposal. You’ll be able to use your mobile device for the advanced tracking, making it truly feel like you have your own camera operator following you around.

These new gimbals are really a whole new monster compared to the old Ronin-S. For a great breakdown and preview, check out this review from our friends at Indy Mogul.

One of the downsides of this new system, as mentioned in this review, is that the battery system has been completely replaced. So if own the previous Ronin S, you won’t be able to use any of those batteries you had purchased before.

That said, all the new benefits have me scratching my head about which one I should get. That RS 2, tho — man, oh man. I want one of those. Too bad I just bought a camera with the last of my under $1000 budget.