We spoke with Bobbito Garcia and his team about how they sorted decades of archival footage to create the autobiographical documentary Rock Rubber 45s.

All images via Rock Rubber 45s.

In the world of New York City street culture, there is no bigger name than the iconic Bobbito Garcia. For a filmmaker to put his career as a ballplayer, author, and DJ into one documentary is almost an impossible task; that is, unless said filmmaker is Garcia.

Rock Rubber 45s is a first-person documentary by the b-ball mogul Bobbito Garcia, which explores the cinematic odyssey that is his life and how his upbringing eventually shaped the future of streetball, footwear, hip hop, and sports culture.

We sat down with Garcia, lead editor Raafi Rivero, and art director Omar Acosta to talk about the painstaking process of putting together an active, first-person documentary heavily supplemented by archival footage and assets spanning decades from all types of antiquated tapes and formats.

Get Everything Together First 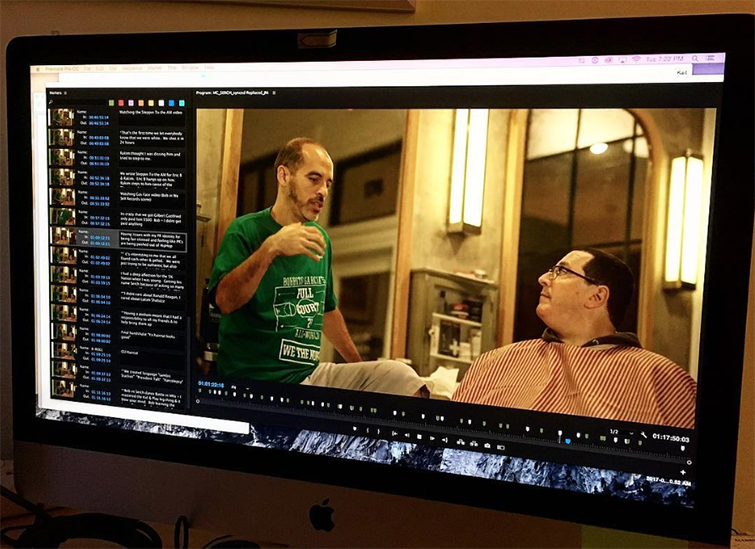 I’ve been archiving my own life the whole way through. Audiences have marveled that I had my grade school report cards, newspaper clippings from youth b-ball games, etc. I’ve also been a stickler to always follow up with any platform I’ve ever appeared on, whether it was ETV in South Africa or ESPN, etc. I’d be like, “I need a copy of this interview!” —Bobbito Garcia

Since first arriving on the scene in the early 1980s, Garcia has been a staple on the NYC public airwaves and across the televised nation. In addition to his own painstaking collecting, he credits his mother as a huge resource for preserving tons of old 8mm home recording footage from the ’60s and ’70s.

Don’t Shoot when You Can Aquire 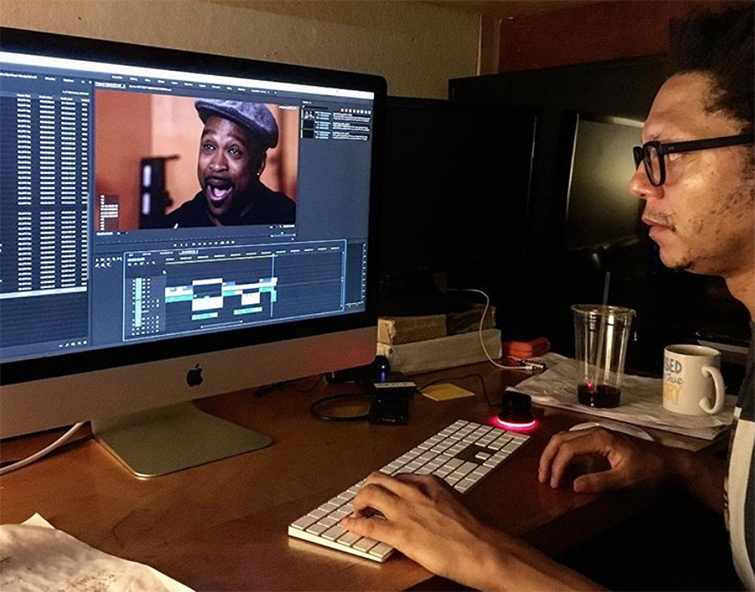 I’ve seen filmmakers make the mistake of thinking that since they have access to a particular subject or piece of footage they should make a film or start shooting — and I’ve even made this mistake. While it is important to explore, there is no finding the idea in the edit. It’s important to start with an idea — or it could be a feeling — that you want the audience to understand, then seek to acquire footage and interviews that can support it. —Raafi Rivero

One of the goals early on for Garcia and Rivero was to find the story in the idea of the project, not in the edit. Garcia had a very specific vision for the project, which as an editor, Rivero respected and was able to use as a guiding voice throughout the editing process. Once they established the acquire-over-shooting mentality, the project became much smoother. 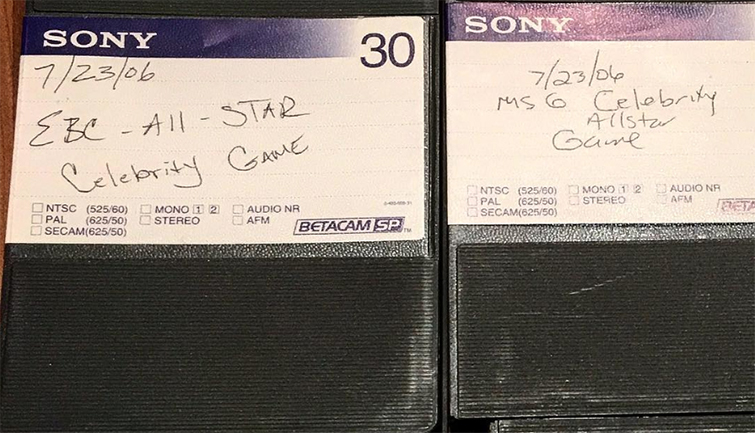 Organize your shit! Make sure every file has a unique label. Don’t go with the first B-roll you find to cover a jump cut or talking head. Dig through and have three-four options at every frame. When you’re playing with such a dense deck, it allows for imagination and creativity. —Bobbito Garcia

This is always the best advice for any documentary editing project. Garcia colorfully expresses the importances of having a clear system for organizing, searching, and reviewing footage. Rock Rubber 45s, Garcia explains, was edited with many layers in mind. The nuances of finding just the right shots for B-roll and sequences resonates with audiences and encourages repeat viewings to take everything in. 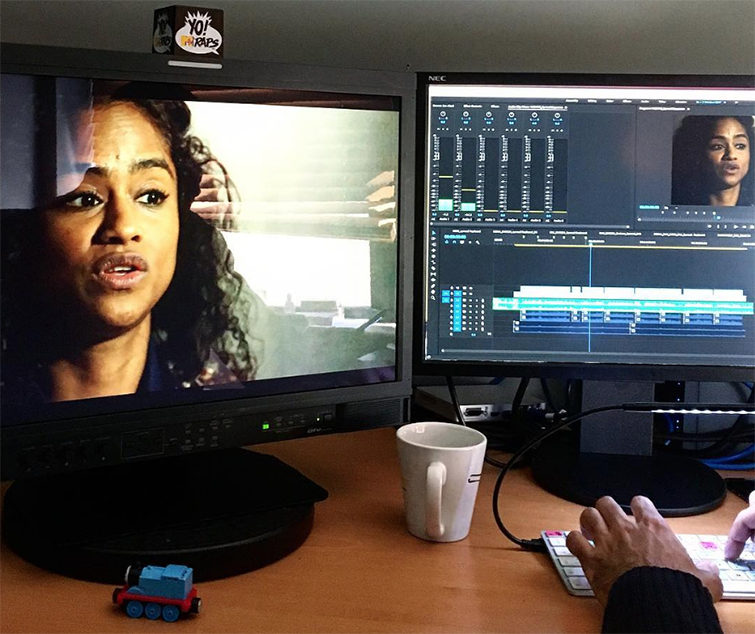 Bobbito has an incredible collection of images and footage, and it facilitated the collection of archival images. Next step was to identify the key scenes and elements that would add value to the narrative. It was vital to create a system and naming convention for the individual files to ensure that everyone involved in making the film is on the same frequency. —Omar Acosta

Only once everything is acquired and organized could Omar Acosta, the film’s art director, really dive into the assets to create a system to begin building the visual language as the scenes and sequences are beginning to come together in the edit. Acosta, who was brought in early in the research and development phase was to begin development on what would become the visual language throughout the rest of the production. 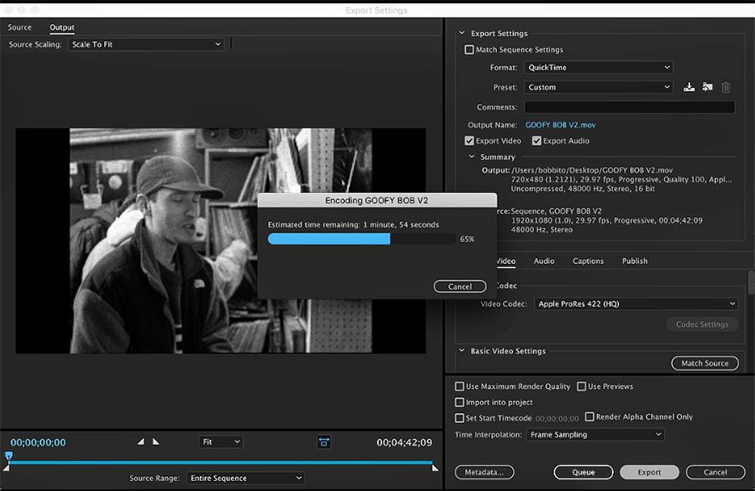 On the software side, Rivero and Garcia used Premiere Pro to import directly and work with the wide range of frame sizes and rates that they had acquired throughout production. They also faced several challenges while editing remotely and sharing edits because Garcia was often on the road. They used Frame.io for collaborative sharing, while Rivero worked to match as much footage as he could but still let it breathe authentically to show how Garcia’s story traversed multiple eras and generations. 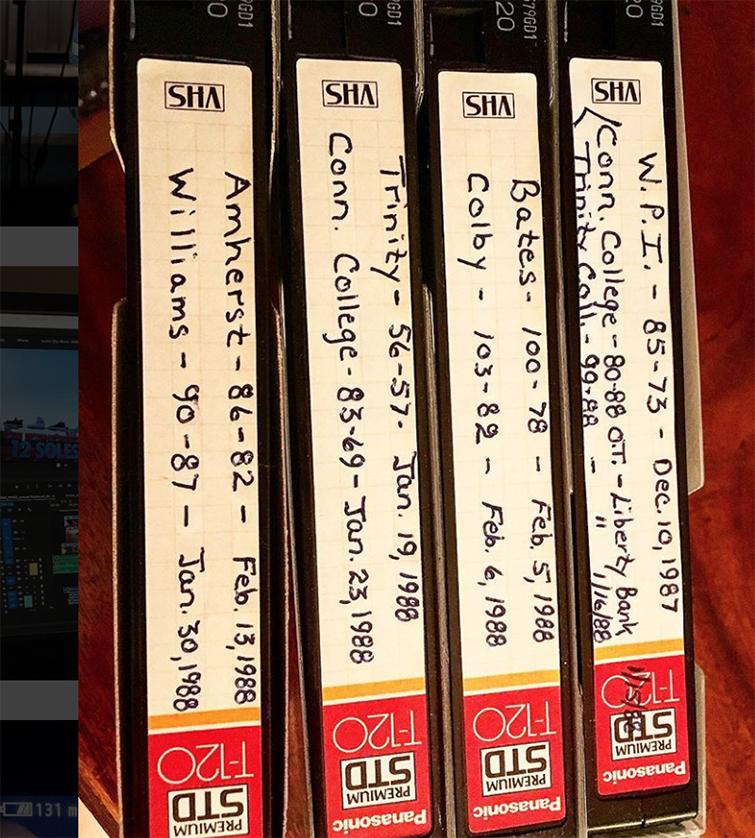 Digitizing footage was brutal, particularly since there were so many sources, from 8mm, to VHS, to really shitty VHS, to Super 8, to Beta, to Digi-Beta, to DATs — you name it. And that’s just the footage! I had to give my mom multiple tutorials on how to scan all her precious photos at hi-res. “Bob, what is a dpi?” Ha ha! I spent two years organizing all the archives into folders, broken down by themes and scenes, era, etc. —Bobbito Garcia

However, before they could even begin their edit, Garcia and Rivero were tasked with digitizing all the old assets like tapes, photos, and VHSs. This process actually helped with the organizing and labeling as it gave them a hands-on opportunity to review and catalog. By the time they had everything ready, they had a good idea of what was at their fingertips.

We decided to give the archival footage the split-screen treatment, reminiscent of the original Thomas Crown Affair (1968) polo scene. The true challenge arose when trying to make that technique feel original and contemporary, which was integrated into the editing — using a combination of camera parallaxes, subtle animation, and clean movements. —Omar Acosta

When working with archival assets, photos and images become much more common as you go deeper into the past. The trick for editors — and in this case, art designers — is to bring those still images to life. Acosta, along with Garcia and Rivero, used several tricks, including split screen splicing and some other motion techniques. This, combined with some heavy color correction and cold bleach bypasses, (with the right musical timing) gave everything a lively flow. 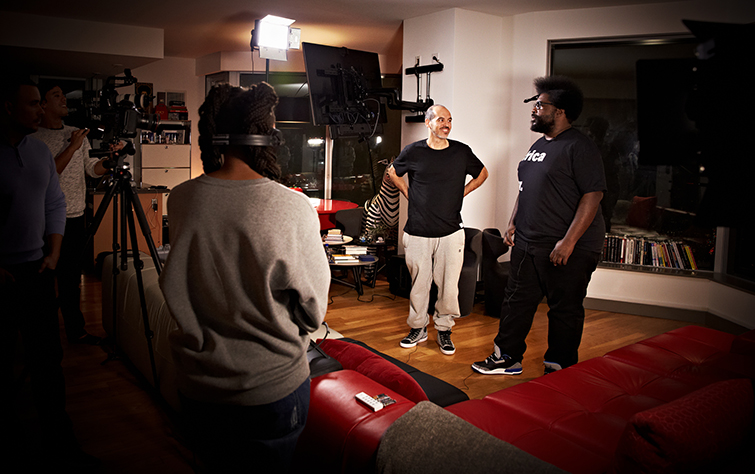 The key to everything in the film is emotion. Bobbito is an internationally known DJ, and the editing process in many ways was like mixing a piece of music or spinning for a dance floor. Sometimes you want to play something unexpected and pique the audience’s attention; sometimes you want to make sure to just stay deep in the groove. There are moments when we cross-cut between very old footage and very modern textures, others when we want to stay deep in the archival, and other moments where it’s important to be very much in the present. —Raafi Rivero

It was both a labor of love and of systems, as audiences move between archival memory textures and into clean HD and 4K images. “I think there’s a sense that the flow from old to new is a constant conversation,” Rivero explains. At the end of the day, both Rivero and Garcia stress that Rock Rubber 45s only works because of the story it tells and the emotions at the core of everything they did.

You can check out Rock Rubber 45s here or learn more at the film’s website.

For more filmmaking features and interviews, check out some of these articles.