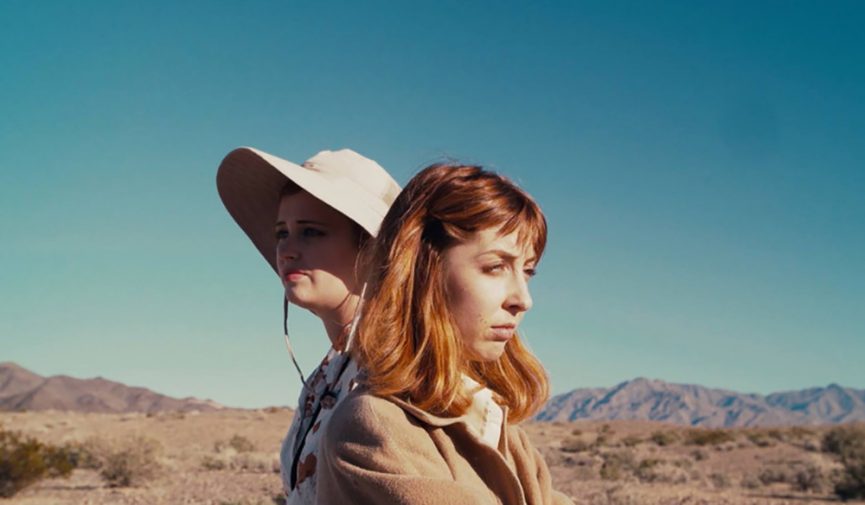 We chatted with filmmaker Wendy McColm about writing, directing, and performing in her award-winning feature Birds Without Feathers.

All images from Birds Without Feathers.

It’s the awards brunch at the Oak Cliff Film Festival in a small gastropub in Dallas, Texas. Everyone is moving a little slowly after the late closing party the night before, but coffee and scones abound during the presentation of the festival awards. For the narrative feature category, usually the last announcement with the most acclaim, Wendy McColm gets called up to accept an award for her feature Birds Without Feathers, which she wrote, directed, and performed in.

Birds Without Feathers premiered at Slamdance 2018, where it also won the Spirit Award. The film, which features McColm as part of an ensemble cast of characters shuffling through the malaise and oddities of millennial life, has been an audience favorite as it makes the rounds at film festivals across the globe.

McColm, who is an accomplished actor-turned-up-and-coming-director in her own right, has been performing and creating shorts and other productions for years. Her Vimeo and YouTube pages are treasure troves of creative vignettes and comedic character studies, in which McColm shows off her performance range and directing chops. We chatted with McColm about her most recent project — Birds Without Feathers — for some insight into how she created such powerful performances — as well as her advice for those looking to take on writing, directing, and acting.

The Meisner Technique and Truth 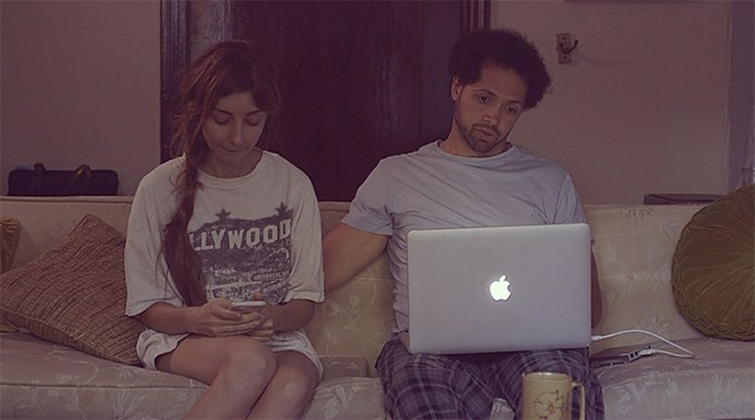 For Birds Without Feathers, we used the Meisner technique for developing the characters and all the dialogue. With Meisner, it requires an intense level of training. I’ve spent a lot of time in classes finding these actors and taking their words and speech and incorporating them into the script. Each part comes from part of our collective conscious and different journeys which we took into these classes.

If you haven’t heard of it, the Meisner technique is an acting and improvisational training method developed by Sanford Meisner in which performers improvise and search for shared and individuals truths, authenticity, and emotions. For McColm, who (among other practices) studied Meisner for years, the process translated into her own performances and filmmaking. With Birds, McColm used themes of repetition and emotional truth to develop characters who seem authentic and raw in their emotions and interactions.

From Actor to Actor-Director 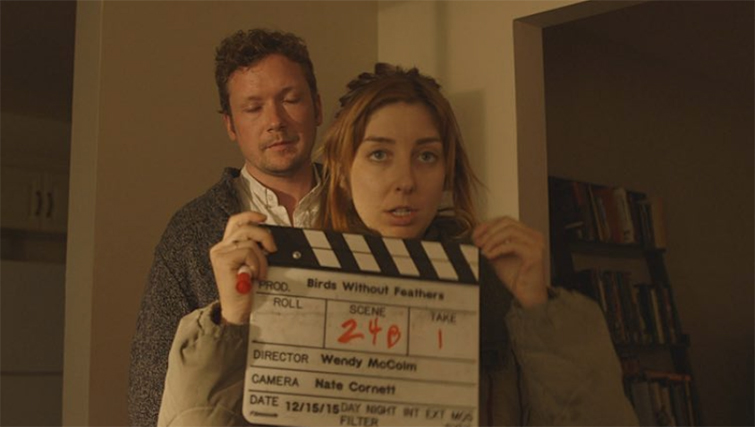 I originally started as an actor, but once I started directing I realized I had been doing it for years already. Whether it was school plays or making little home movies as a kid or even creating videos for YouTube, I was directing all along. It’s a testament that we don’t always get to see our true selves, a theme in Birds. We sometimes need a true mirror to see all of yourself.

McColm’s career trajectory from actor to actor-director is an excellent case-study into how to emphasize and understand the nuances of each role. Birds Without Feathers is full of raw and emotional performances that require the utmost level of care, trust, and communication between the actors and the director. In McColm’s example, it took finding one’s self as a director to really bring out her best self as an actor as well.

Opening Yourself to Trusting Others 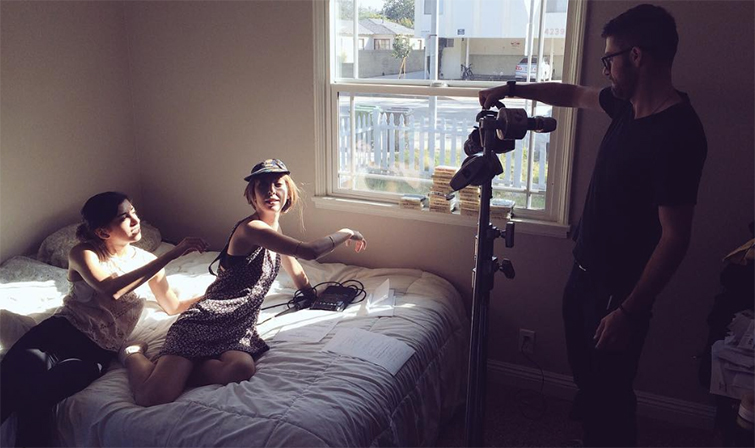 And after you do find trust in yourself, you also have to find your trust in others. This is something, McColm admits, she struggled with starting out. Coming from a shorts background, digital cameras and smartphones have made solo-filmmaking an increasingly more available option. But when working on projects with bigger scopes and more ambitious themes, it’s important to surround yourself with a team that you can count on. 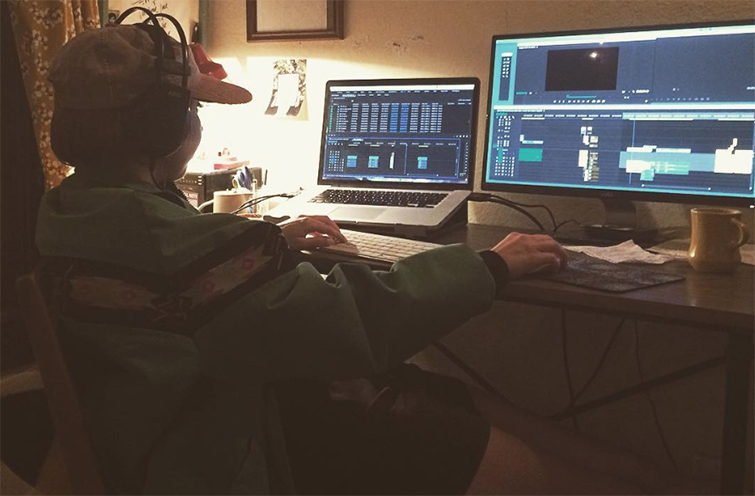 Post production was probably the most challenging part of this project. Editing was really difficult because we just had tons of footage. I was given the advice to shoot what you can if you have time, so we shot way more than we ended up needing. I also didn’t have anyone sign contracts, which is another lesson you learn quickly when trying to get things wrapped up.

When making the jump into features with more substantial resources, expectations can suddenly change. For Birds, McColm details a very time-consuming post-production process reviewing all the footage, performances, and takes. Partly from working with the Meisner, which challenges actors to push for deeper acting, McColm and her team shot as much as they possibly could to get the best footage possible, which left them with a much larger post-production workload than they anticipated.

Don’t Wait for Everything to be Perfect 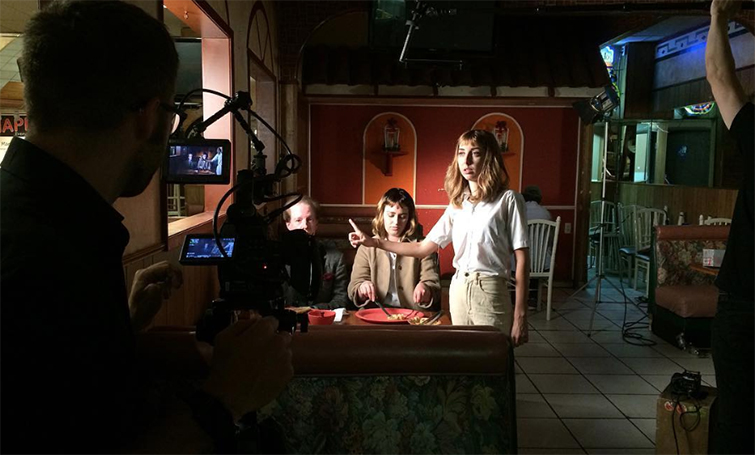 The biggest thing I see stopping people is excuses. I’ll do it when I get the money, or when I get this actor or this or that. You can easily stop yourself by saying I’ll start when it’s perfect. I don’t think I’ve ever had that mentality and I’ve made over 80 short films with no money. Even if you’re using iPhones or point-and-shoot cameras, make videos for YouTube. Follow your instincts and don’t cloud them with your mind.

Whether you’re just starting out as a filmmaker or already immersed in the field, McColm’s advice is relevant. Don’t let excuses or doubt stop you from simply going out and making films. Birds Without Feathers, if anything, is a study on repetition and the hurdles we put in front of ourselves. For filmmakers like McColm, it just takes a steadfast resolve to stay true and to stay at it.

For more information on Wendy McColm and Birds Without Feathers, check out the film’s website or Facebook page — or McColm’s website here. For more filmmaker interviews and articles, check out some of the links below.