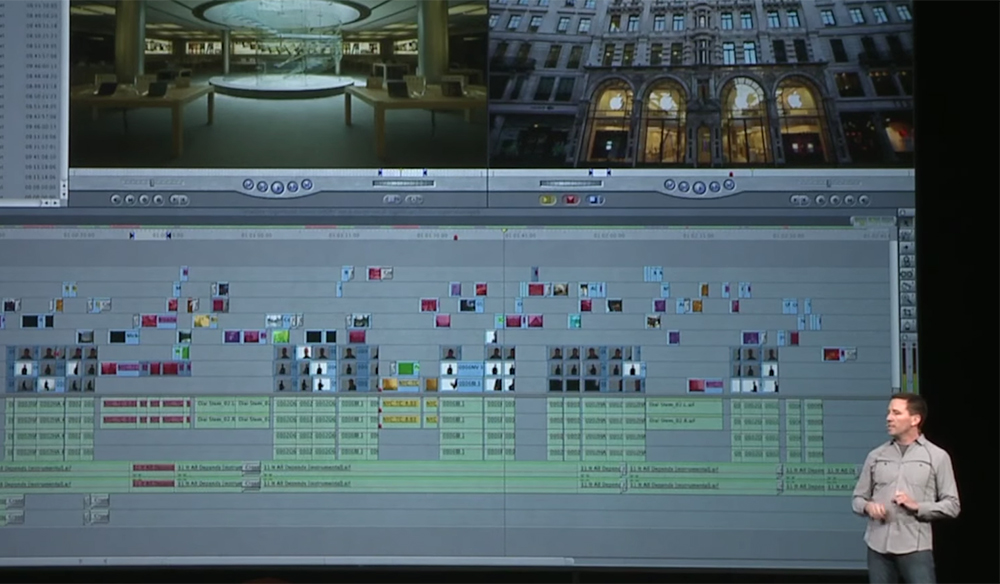 Interview: Filmmaker Bradley Olsen and His FCPX Documentary “Off the Tracks”

In a new documentary, Off the Tracks, Bradley Olsen explores why Apple made those fateful decisions when designing Final Cut Pro X.

April 12, 2011. The date Apple unveiled what they anticipated was the future of video editing: FCPX. I was on a drive back from NAB when it all happened. I was sitting in the car’s passenger seat reading live updates from attendees on Twitter. Like many others, I was initially excited about what seemed like the future of video editing. I learned how to edit on the older version of Final Cut, and I was ready to embrace what was coming next.

Leading up to the release, skepticism started to grow. Then, FCPX was officially released. First impressions were tragic. I personally remember cutting one project with it and then promptly downloading Premiere Pro and never looking back. Apple expected some criticism from the filmmaking community for their radical changes but not to this level. Final Cut’s user base plummeted, and many users, just like me, quickly jumped ship for Premiere. 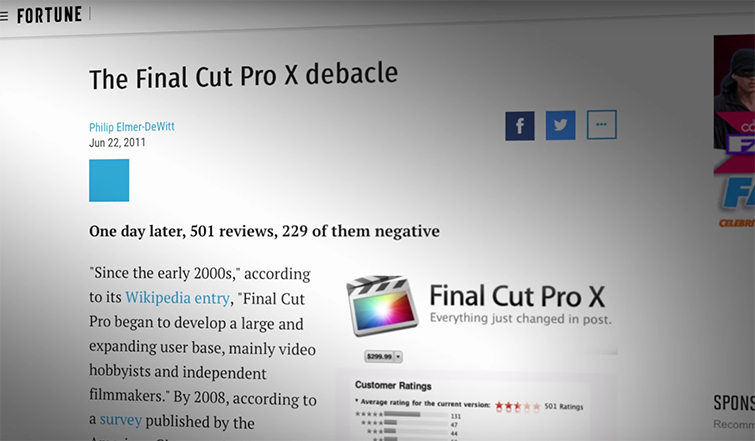 Image via “Off the Tracks.”

The best thing that ever happened to FCPX was that launch.

Years later, it seems like FCPX is finally making a comeback. Through vast updates, improved features, better performance, and a growing users base, it’s becoming an NLE of choice once again.

A new feature-length documentary by filmmaker and editor Bradley Olsen, Off The Tracks, explores the reasoning and logic behind Apple’s bold decision to try to revolutionize video editing. The film features the original Apple engineering team members behind FCPX as well as Hollywood editors, directors, and filmmakers. The film offers more insight into why Apple decided to flip Final Cut upside down and a look at those early filmmakers who chose to embrace the platform.

We sat down with Olsen to discuss the film and the overall reactions to FCPX across the industry.

Premium Beat: Apple did some marketing for films cut on FCPX like Focus and Whiskey Tango Foxtrot. Do you know of any other major films being cut with FCPX?

Bradley Olsen: Sadly, Final Cut is largely ignored in Hollywood today. I believe that the filmmakers behind Focus and Whiskey Tango Foxtrot will continue to use Final Cut on their upcoming features, but they are the outliers. They’ve proven Final Cut can be used on large productions and that it has many advantages. However, there are still some workarounds to get Final Cut to work on those kinds of projects from the technical side. As Apple puts more attention into professional workflow features, such as built-in collaboration, that will enable industry movers and shakers like Michael Cioni and Sam Mestman to push Final Cut Pro X in Hollywood without any more excuses. But behavioral changes are very hard in an industry that’s very much set in its ways. I hope my documentary can be a tool to open some eyes and allow Final Cut to gain more acceptance because post-production in Hollywood is largely stuck in the past, and there is a desperate need for them to change. The rest of the world is quickly embracing new ways of doing things, and I am very interested to see how that shapes the kinds of projects we see in the future.

Image via “Off the Tracks.”

PB: How have critics of FCPX responded to the film?

BO: We debuted Off The Tracks at LACPUG last month, and many people in attendance were not fans of Final Cut Pro X. We got a really good response from the audience: they were laughing in all the right places and got really into it — much more than I expected, actually. Afterward, more than a few people approached me, saying “You know, I hated Final Cut X when it came out, but your documentary has convinced me to take another look.” That was incredibly rewarding to hear. I made a huge effort to include different points of view about this controversial topic, and based on the response I got there, I think the documentary handles it in a balanced and fair way.

PB: Did Apple have any input into the film?

BO: What makes this project legitimate for the viewer is that it is was made independently of Apple. I made it without Apple’s input or permission. It reflects my honest opinions about Final Cut Pro X. There are many opinions expressed, especially about how Final Cut X was released, that you would never find in any Apple marketing material. I addressed real concerns people have with Final Cut Pro X head-on in a way that Apple probably wouldn’t be comfortable with. However, by the end of the movie, Final Cut Pro X is shown a very positive light, so I hope Apple is happy with what I made.

You can watch the feature-length documentary Off the Tracks right now on VHX.