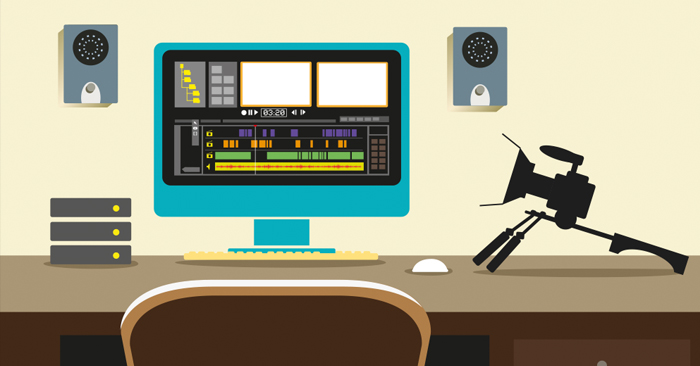 Editing Your Own Films? Here Are 5 Guidelines You Need To Follow

With such easy access to video editing apps, many indie film directors are doubling as editors on their own productions as a means to streamline their creative process, but ultimately are coming up short when it comes time to deliver a final cut.

In many ways, it would seem that as a director it would be ideal to edit your own material. After all you want to have as much creative control as possible during the filmmaking process, so why should that stop in the editing room? This may seem like a good idea, but the truth is that many directors that edit their own work (even those that have a fantastic editing background) run into lots of issues along the way. More often than not, these problems aren’t a result of the director not being a “good” editor, but rather being too close to the film. The 5 tips that I’ve outlined below will help you immensely if you’re a film director (or producer for that matter) that is planning on editing your own material.

Wait Before You Edit

Once you’ve got your film in the can, it’s tempting to just dive right in and start cutting it right away. There are probably certain scenes that you really want to sink your teeth into, or sequences that you’re eager to start rough cutting to make sure that they work together. As much as you may want to go ahead and do this, it’s actually one of the worst things that you can do for your creative process.

As the director you have just spent weeks or months shooting a film very intensely, and likely spent even longer prepping and writing (or working the writer) before hand. By the time you’re ready to actually edit your film you are going to running on fumes, and you definitely don’t want to make creative decisions when you’re not in the right head space. If you’re able to take a little bit of time away from the material (even a week or two), when you come back to it, you are going to be in a much better headspace to actually do great work. You won’t see all of the little problem areas that you would have been looking for if you just came off of set, and you will have had enough time to let the story and idea percolate a bit and unfold more organically.

Don’t Ask For Opinions (Too Early On)

As you edit your film you’re going to experience emotional highs and lows, and when you hit those low points you may start to question the choices you’re making creatively. When this starts to happen, it’s enticing to start asking others to take a look at early assembly cuts and seek out notes and guidance from them in hopes that it will help to get you through some of the rough patches. I highly advise against this.

You need to remember that a rough cut is just your starting point and in all likelihood it will look absolutely nothing like the finished product, so it’s completely okay if there are problem areas with it. Your goal with the first assembly/rough cut should just be to lay down the foundation, and not to start finessing every last detail yet. You don’t need to freak out if certain elements just aren’t gelling right away. At this early stage, if you do ask for insight from close friends or colleagues, chances are that you will not receive honest feedback. Someone might give you a standing ovation on a rough cut (not being entirely honest of course), which misleading to you as it may give you a false sense of satisfaction, and won’t push your limits as a filmmaker.

On the flip side, getting negative feedback too early on (by showing an unfinished cut to someone that doesn’t understand the editorial process) can cloud your vision before you’ve even figured out the exact direction your film is going in. Just remember that there is a time and a place for notes, but you need to wait until your film is in decent shape before asking for realistic and honest criticism.

Use Software You’re Comfortable With

Everyone has an opinion in the world of video production and filmmaking, and this sentiment is certainly true when it comes time to pick your NLE (editing system). At the end of the day, you need to work with the software that you are most comfortable with, so you can spend more time focusing on the creative process and less time troubleshooting issues with the software. Any major editing program can work beautifully for an offline edit, so don’t buy into the hype that you need the latest version of Premiere Pro or Final Cut Pro X in order to cut your film well. A great editor could use iMovie to cut their film, and you would never know the difference – so use whatever tool is going to give you the best creative result.

This is a strategy I have found extremely effective when I edit my own films. When I go through shots, I tend to work backwards and review the last takes, first. Instead of sorting through the takes in the order they we’re shot, I understand that the last takes are usually the best ones in terms of performance. By sorting through takes this way, you will save yourself a ton of time and frustration that normally comes along with weeding out all of the bad takes first. With that said, you still want to do some digging of course to make sure that you aren’t missing some gold in there – but from my experience 9 times out of 10, the best take is the last or second to last that was shot on set, so keep that in mind as you go along.

There are three versions of the story with any film – the one that is written, the one that is shot and the one that is edited. Just like how you can rewrite your script, or make changes on set that will affect the overall tone and texture of your film, the same amount of reworking can be done in the editing room. Many directors feel that they need to work alongside their script and simply cut their film almost robotically to the screenplay. I would always advise against sticking too closely to the script, and instead allowing yourself to take some creative liberties throughout the editing phase. For instance, two scenes may feel redundant next to each other once you watch them back in the context of the film, and you may be better served by cutting one completely. Or in another situation you may find that certain lines that worked on the page and on set don’t seem to translate that well to the context of the edit. In a more dramatic scenario, you may even consider changing the order of certain scenes to help build tension.

Whatever the specific change may be, stay open to any and all possibilities when editing so you maintain a creative process as opposed to a strictly technical one.