Effective Pre-Production: Collaboration Between the Cinematographer and Editor

Although the cinematographer and editor work in different phases of projects, by collaborating early, their synched efforts will result in a better final film.

It doesn’t matter if you’re shooting a $250 million blockbuster or a micro-budget short, filmmaking is a collaborative art form. Directors rely on their crew and must coordinate the efforts of each person, in particular the department heads, in order to see their vision to fruition.

Two of these key personnel on any movie are the cinematographer and editor. Let’s get the basics out of the way first, and look at what each of these positions does. If you’re more of an industry vet jump down to the next section, “Planning the Shots”.

The cinematographer, also known as the director of photography (D.P.), is responsible for photographing the motion picture and overseeing the camera crew and lighting team. On low-budget films, the D.P. might be the sole person responsible for lighting and may also act as the camera operator. The cinematographer’s primary responsibility occurs during the principal photography stage of production, but they must also spend a great deal of effort during prep and may even oversee the color grading during post production. 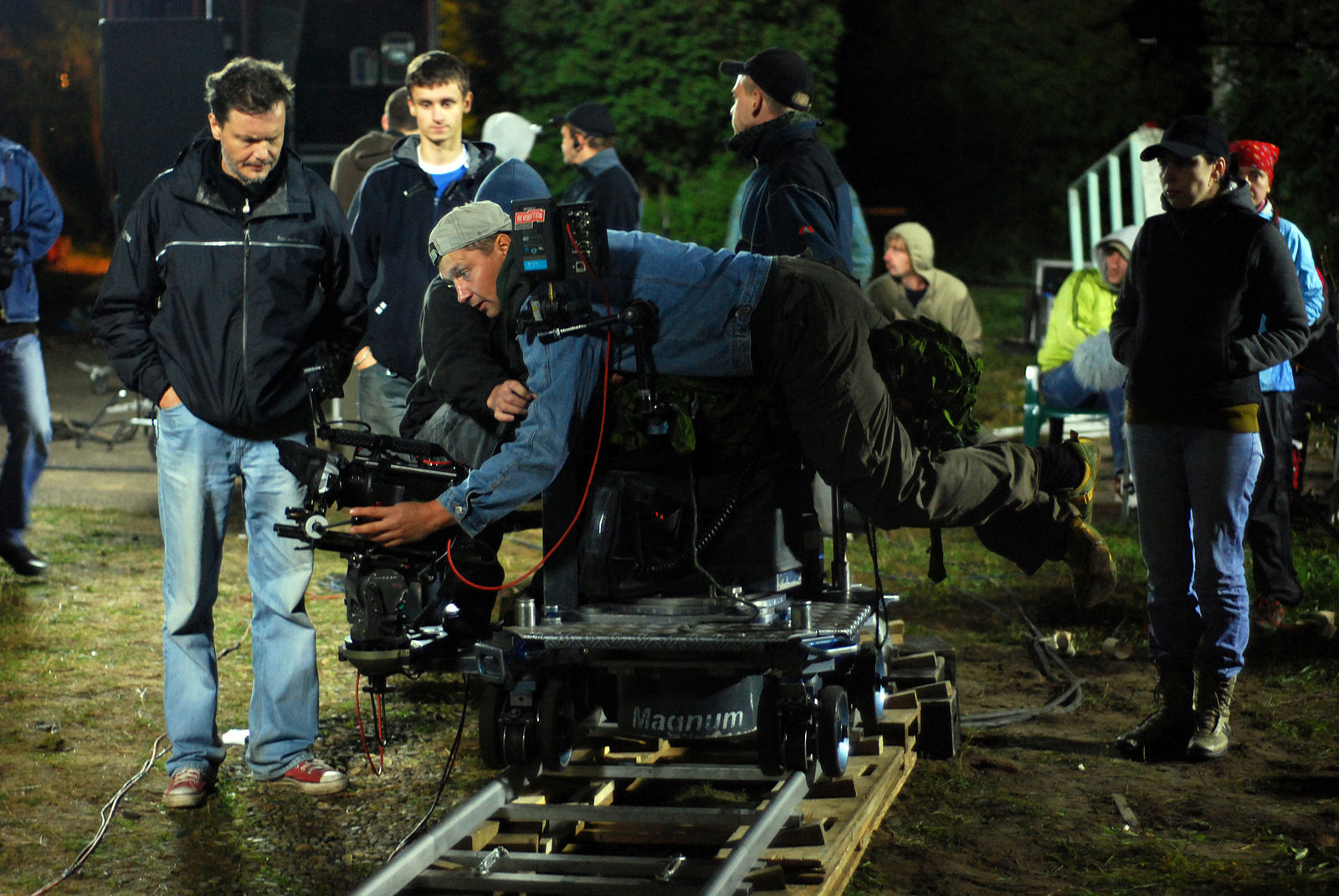 The editor, on the other hand, mostly works during post-production by taking the shot footage and making decisions on how to best put the project together. During principal photography, the editor’s main responsibility is to organize the dailies and sync the sound. On larger productions, you’ll have an entire team of people handling picture edit, sound and color grading, but on smaller films, you may have a single person responsible for all of the post-production. The final product is in the hands of the editor.

It seems that these two critical jobs would not overlap—the D.P. shoots and the editor takes the footage and turns it into a movie. However, the one phase where they should collaborate is pre-production, which Alfred Hitchcock considered to be the most important stage of filmmaking.

Some low budget filmmakers prefer to do one or both of these jobs in addition to directing, as it saves money and resources and is often perceived as preserving the director’s vision. However, it is better to have different people serve as the D.P. and editor. The D.P. will carry out the director’s wishes with lighting schemes and angles, but can also offer a second set of eyes to make sure all of the technical aspects of the shots are completed while the director focuses on the overall picture, including talent, art direction, continuity, etc. An editor brings in objectivity to post-production and can “kill the darlings” — cutting shots and scenes that the director can’t bear to part with but need to go for the sake of the film.

During pre-production, the D.P. must work with the director to know what style of filmmaking they should use in the making of their movie, as well as how to plan the day-to-day activities. The D.P. will know how long certain shots will take to set up and can schedule accordingly. But where does the editor fit into this?

If the editor participates with developing the shot list, he or she will have a clear understanding of what to expect upon delivery of the footage. Oftentimes the editor sees the footage for the first time while watching the dailies and then must make sense of all the disparate images they receive. However, if the editor participates in pre-production, then he or she has a clear sense of what the director wants in the final film.

Editors are storytellers, but from a technical end. They know how the pieces fit together to effectively communicate dramatic and emotional expression to the audience, as well as determining proper pacing of the story. All films will benefit if the editor is involved in the early stages of planning, working with the cinematographer so that both are on the same page about how the director wants the story to unfold visually.

Traditionally, the shots are planned by the director through developing a shot list and then commissioning storyboards to illustrate those shots. Storyboards are made either by hand-drawing them, using computer-aided programs like FrameForge 3D or taking still photographs to replicate what will be shot on set. Both the D.P. and the editor can add their expertise during the storyboarding stage to ensure the proper footage is acquired during principal photography.

One of the biggest problems facing filmmakers is whether or not the footage they shoot will actually cut well together. A lot rides on this, including consistent performance from the actors and continuity of props, costumes, hair and makeup, actor placement, etc. The director of photography needs to worry about camera placement and gathering appropriate footage that the editor can use.

For instance, the camera crew has to adhere to the 180 degree rule, otherwise editing becomes much more difficult. The D.P. and camera operator should be aware of this, yet mistakes are constantly made that require the editor to “fix it in post.” With the editor’s help in pre-production, shots can be properly planned to avoid these types of situations. While it’s easy for the D.P. to pass off problems to the editor to handle after photography is completed, doing so can create problems that are detrimental to the finished film. You don’t want to have to salvage a scene through clumsy editing. It’s better to have the scene play out naturally without any distracting edits that pull the audience out of the story.

Additionally, an editor can identify other potential editing problems ahead of time and suggest supplementary ideas for coverage. For instance, if the director is planning an extended take, an editor can see opportunities for alternate shots to cut to in case the extended take doesn’t work. The editor can also point out places where insert shots and cutaways can be used for the best effect.

Getting the Right Look

The director of photography works hard to create a specific look for the film by choosing angles, lenses and lighting schemes. Not only does the lighting provide illumination for the actors, but it also creates a mood through brightness level, direction of the light and color—all of which, to varying degrees, can be altered in post-production. During pre-production, the D.P. should communicate his or her intentions to the editor who can then plan out how to approach the final color correction and grading. 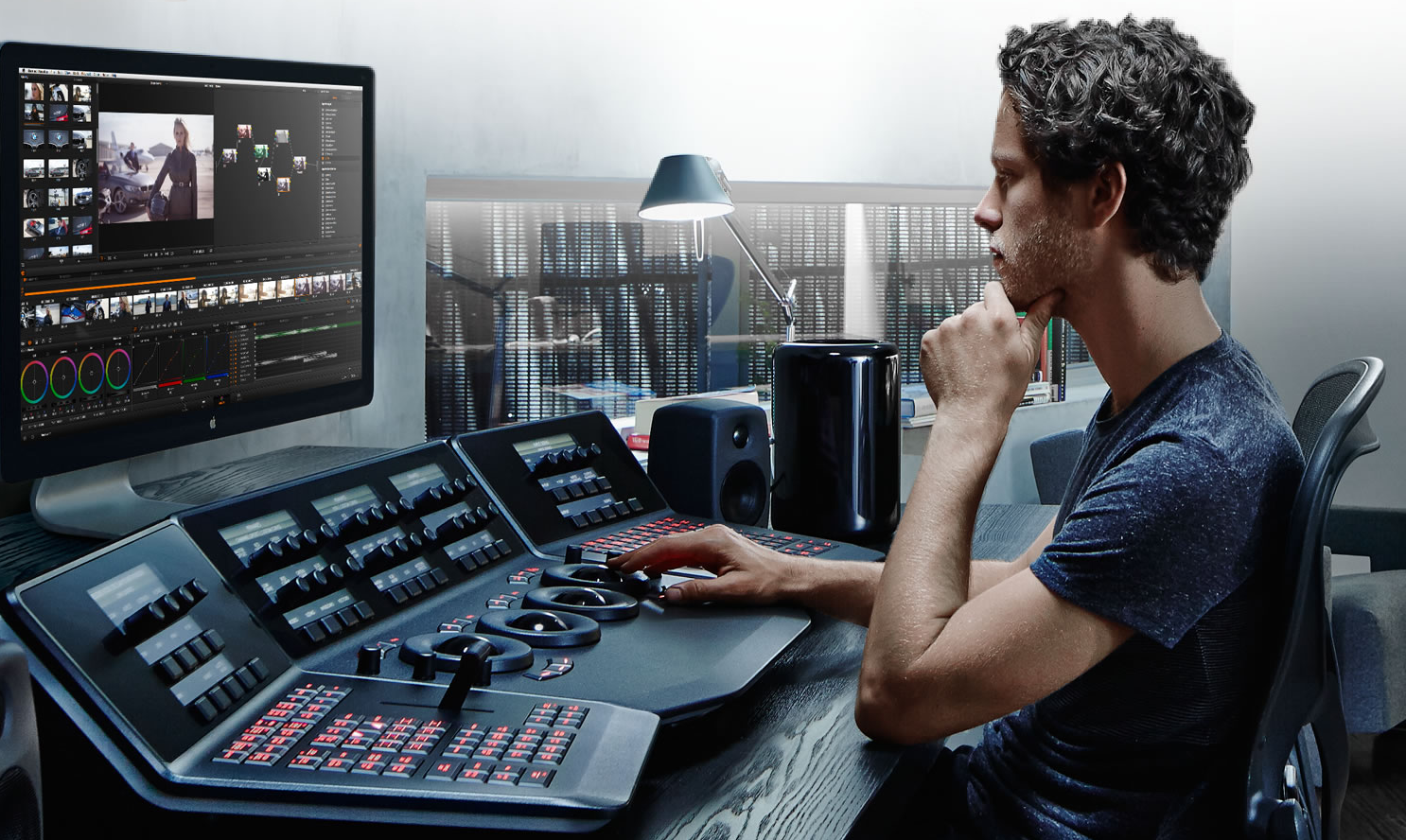 Another person, other than the picture editor, may be the one responsible for performing the color correction and grading after the picture lock is complete, but the editor will probably oversee this process (especially in lower budget projects). The editor and D.P. should collaborate on what color design would be best for the film. Also, the editor can discuss what tools he has available, which will allow the D.P. to use the proper settings on the camera to effectively capture the image in the best way for use in the post-production programs.

The director needs to act as a ringmaster in coordinating the efforts of all the various departments, especially cinematography and editorial. These department heads need to be brought in as early as possible to prep the film and work out any potential problems, provide a unified effort toward the completion of the movie and to support each other with their duties and responsibilities. Your film and your audience will appreciate it.