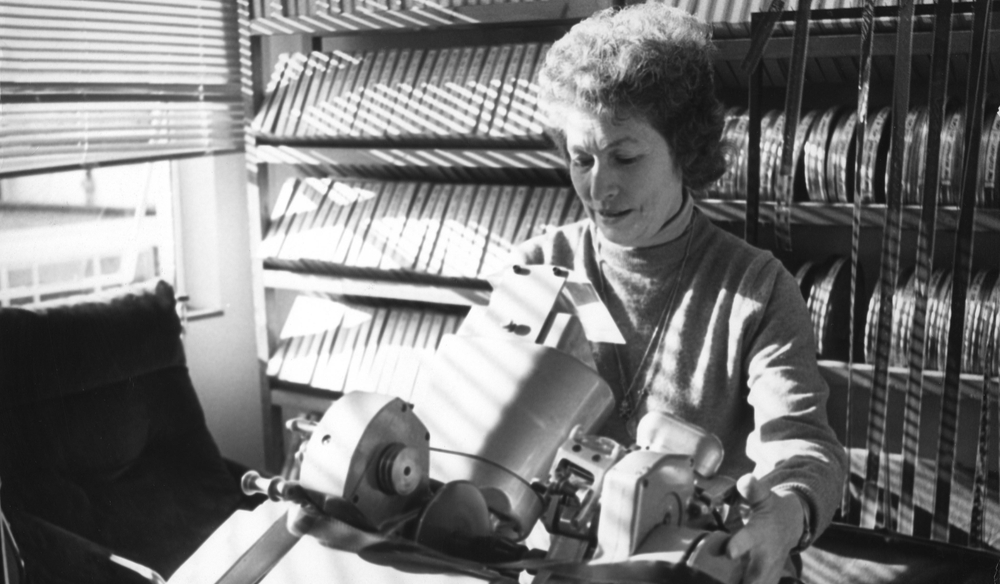 A look into the life and career behind the industry pioneer who, with a single cut, sparked new style for the art of film editing.

Here’s a fascinating thought experiment for you. When you think of the legendary film writers, directors, and cinematographers, does a single line, scene, or shot instantly come to mind? While you might have an image or two in your head, you’d be hard-pressed to find someone else who immediately thinks of the same person, film, or moment.

However, when you do this for editing, while there are plenty of famous cuts in film history, there’s one that stands out as the collective example of great editing—the famous match cut from Lawrence of Arabia. You know the one I’m talking about.

Lawrence of Arabia might be well-known for many reasons—its stellar direction by David Lean, or its amazing performances from Peter O’Toole and Alec Guinness. However, the cinematic weight comes from the editor behind the scenes, the legendary Anne V. Coates.

Today, along with further diving into the famous editor and her pioneering of the match cut technique, let’s explore the styles and works of Coates as her influence has helped to shape the very fibers of how film, video, and content is still being edited today.

Courage of Your Convictions

Coates began her six decade career back in the 1940s. Originally she learned to cut while working for a production company that specialized in religious films of the time. However, after serving as an assistant editor under film editor Reggie Mills (here’s a fantastic article on defining the role of an assistant editor), she’d eventually break through and become one of the most prolific editors in the mainstream film industry, working steadily through the 50s all the way up to the late 2010s.

Her career is also quite unique. She found success while working across a wide array of film genres, as well as for dozens of different directors. Along with the infamous Lawrence of Arabia (which truly served as her breakout work), Coates edited a variety of other films that were a mix of big-budget blockbusters and critically acclaimed art films. Her myriad credits include The Elephant Man, Raw Deal, What About Bob?, Erin Brockovich, and The Golden Compass.

Pioneer of the Match Cut

One of the reasons why Coates has been so successful as a film editor, as well as one of the best lessons that aspiring film and video editors can take away from her work, is just how much she pioneered and adapted in her career. Remember, the world of NLE platforms and digital editing is still a recent invention in the grand scheme of filmmaking. For those generations before us, cutting was a much different process, at first built out of necessity rather than artistic interpretation.

It was early pioneers like Coates who had the audacity to start making cuts based on thematic and originative elements to help a film better tell a story. One of the best examples of Coates’ ingenuity comes from the aforementioned famous cut from Lawrence of Arabia. This is one of the first and, ultimately, best examples of a thematic “match cut” (one of the nine cuts every video editor should know). It’s stark and powerful, serving as a hard transition to the next scene, and helping to develop many of the themes and motifs that paint the rest of the film.

Be an Actor’s Editor

Also, for those interested in pursuing a career in film and video editing, Coates is an excellent case study in how to find both opportunities and success throughout a career. But, along with being a seasoned pro and having a crafty eye for shaping a film, how was Coates able to find so many amazing editing roles?

A more nuanced answer might be because of how Coates has been able to work not only with a film’s director, but also with the actors. Traditionally, of course, film editors aren’t on set (unless simply to take notes or review dailies). However, as Coates states in the quote above, she’s aware of her actors’ performances in the films as she makes her cuts in the editing room. Speaking specifically about Hollywood films, the purpose of many projects is indeed to shine a light on these talented performers and their roles. A successful editor is one who can find these best moments and put the leads in the best light possible.

One of my favorite films from Coates’ illustrious career is Sidney Lumet’s Murder on the Orient Express, a classic homage to early Hollywood whodunit mysteries. The film was obviously shot with a large ensemble cast and in the tight confines of a 1930s passenger car. One of the biggest challenges for editing a film like Orient Express for Coates, as she reveals in this panel discussion in 2016, was often from the lack of coverage.

For anyone who’s ever edited a student short film or any sort of project with limited shot availability, these issues with coverage might be all too familiar. However, to hear Coates talk about “sneaking in extra close-ups” or how to find other creative solutions for mixing in complex flashbacks is a testament to how a good editor can make the best out of any situation by making the final edit unique, as well as reflective of what the writers and directors envisioned for the project overall.

A Lifetime of Achievement

In 2016, nearly sixty years after receiving her first film editing credit, and on the heels of her final film editor credit for Fifty Shades of Grey in 2015, Coates received an Honorary Award at the 2016 Governors Awards, paying tribute to one of the most important film editors in modern cinema.

Coates, who passed away two years later in 2018 (at the age of 92), will be remembered as a pioneer of film editing technique and achievement, and one of the most influential women in post-production. Her legacy lives on through her films and her famous and instantly recognizable edits. What’s more, Coates’ daughter Emma E. Hickox has continued on in her editing footsteps as well.

For more film profiles and editing tips and tricks, check out these additional articles below.