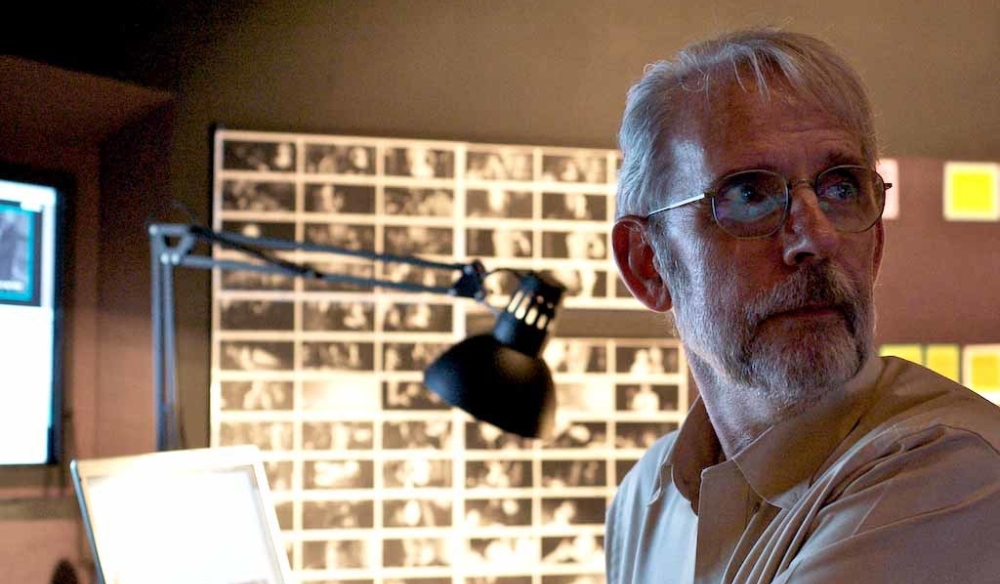 Walter Murch and the Criteria for How to Edit a Film

Editing tips, tricks, and criteria from one of the most famous and respected film editors of all time—Walter Murch.

You have to be pretty good at your job as an editor and sound designer for Roger Ebert to call you “the most respected film editor and sound designer in the modern cinema.” But the reputation of Walter Murch as one of the greatest editors of all time is absolutely earned and true. Not only has he received three Academy Awards for best editing (with nine nominations in total), but he’s also been hugely influential in film editing function and theory.

Famous for working on classic films like Apocalypse Now, The Godfather I, II, and III, The Conversation, and The English Patient (as well as for editing all his films while standing for increased creativity), Murch helped to develop new systems and means for editing in the analog world, all while serving as an early pioneer for electronic editing. In fact, Murch was the first editor to receive an Academy Award for a film edited electronically on Avid.

In his time, Murch has been an open figure in the filmmaking and editing world, giving numerous speeches, seminars, and masterclasses over the years. But, what really makes the edits of Walter Murch so phenomenal and unique? Let’s dive into some of these lessons outlined by this editing icon to help you hone your own post-production skills.

With a career spanning over fifty years, it’s safe to say that Murch has developed one of the most fundamental systems for cinematic editing. As he explains in the video above and has often spoken on over the years, Murch has whittled down the majority of his expertise to his own six-point criteria for when and how to edit a scene. You can read more about these six criteria points in his book In the Blink of an Eye: A Perspective on Film Editing, but the tenets are basically this:

I really like Murch’s explanations above as he further outlines the thoughts behind these criteria, as well as proposes questions you can ask yourself when cutting films or projects of your own. These criteria and questions should be addressed hierarchically as you work your way down the list.

The Importance of Rhythm

A good editor must have some sense of how to tell a story, and that involves a sense of rhythm. It’s a little bit like telling a good joke. The joke can be a great joke, but if you tell it with the wrong rhythm, it falls flat . . . And editing is certainly 70% about rhythm.

However, as any good editor will quickly tell you, editing is much more than following the advice of a list in a book. As he puts it in the interview above, editing is like telling a good joke or story. Or, in another example, it’s like learning to dance.

You can explain the roots of dance, but to explain how to dance, you have to just dance.

At its heart, editing is about rhythm. It’s about establishing a pace, then finding creative ways to dance in and out of what your audience might be expecting, at any given time. We don’t have to go completely into the scene, but you can hear Murch speak much more about this process in regards to editing the famous restaurant scene from The Godfather.

Another way in which Murch will often talk about editing is in regards to simply making choices. From the very fine choices about how many frames longer you want to hold on a suspenseful shot before cutting to the resolution, to even just deciding which NLE platform you’re going to be working on.

In the hour-long discussion above, Murch talks about the choices and decisions that go into every single edit of his features. It’s actually a fascinating seminar of sorts and I highly encourage everyone to watch it in its entirety.

Murch goes through a bit of his personal history, and is open about his experience editing his first feature film on Adobe Premiere Pro. As someone who’s almost exclusively edited on Premiere Pro, it’s fascinating to see such an editing titan talk about the workflow as he showcases what he likes and doesn’t like about the platform.

Finally, Murch’s role isn’t exclusive to video editing. In fact, Murch got his start in sound mixing and design. And, in many ways, he might even be more renowned for his sound design techniques and innovations than his editing ones. I personally find this video essay above, by Nerdwriter1, to be a fascinating exploration into Murch’s “worldizing”—an experimental technique (at the time) that became a mainstay for how we edit and view movies and television.

Murch’s sound editing innovations are also indicative of how he views editing overall. The goal of any film or project is to immerse a viewer into the story, so much so that, at times, you might even forget you’re watching a movie at all.

This is true whether you’re editing projects for the cinema or for your YouTube channel. It’s important to learn from industry stalwarts, like Murch, with his criteria for cutting, as well as follow his advice on how to look forward in creating your own techniques and innovations as you piece your stories together.

For more editing profiles, insights, and articles, check out these resources below.