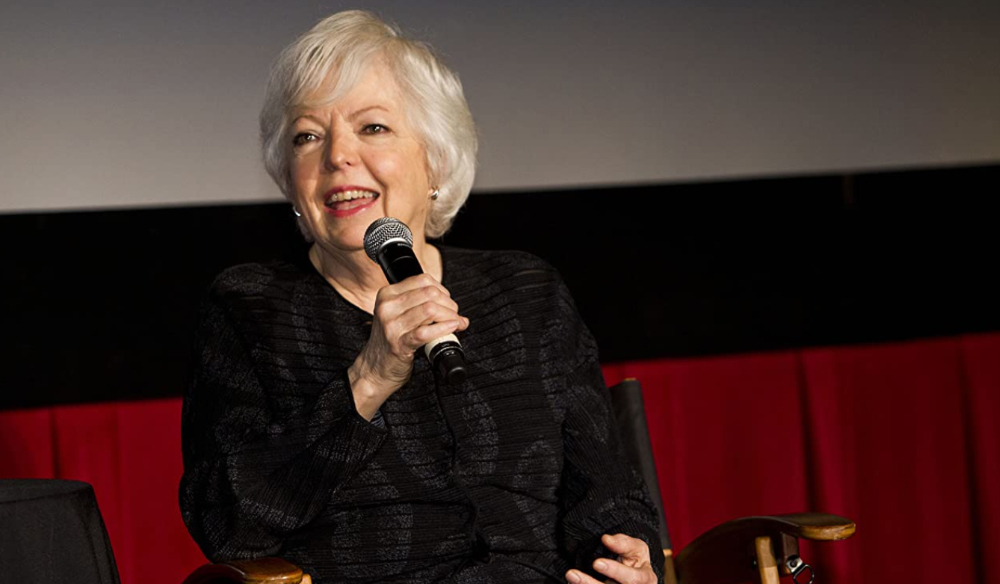 The Visible Art of Editing with Thelma Schoonmaker

Learn more from Martin Scorsese’s longtime editor Thelma Schoonmaker, and why sometimes you want your audience to notice your cuts.

Like many I’m sure, I find myself going on a Scorsese-binge from time to time. It’s pretty easy to do, most of Martin Scorsese’s most recent films are on Netflix (with notable examples like The Irishman which was one of the platform’s biggest cinematic investments). However, this last time I really tried to go a bit deeper and dug up some older, less famous films than Raging Bull or Goodfellas.

Films like The Color of Money, After Hours, and even Who’s That Knocking at My Door are all phenomenal features that are hugely valuable screenings to anyone remotely interested in the art of filmmaking. But, what really struck me in these most recent viewings though was the editing—or, more specifically, at times just how noticeable it was.

I’m sure anyone who’s ever been to film school or read a book about editing will tell you, the old axiom about “good editing means people don’t notice it’s happening” has been pounded into our brains. However, if we look at the works of one of the greatest and most accomplished film editors of all time—the great Thelma Schoonmaker, the longtime creative editing partner of Scorsese himself—that’s not always the case.

So, let’s dive into the career, works, and styles of Schoonmaker to see how this can be true. Plus, learn a bit more about how this influential and famous filmmaker developed her craft over the years.

I think the most wonderful thing about editing is that you’re giving all this raw material and it’s your job to make choices—in this case along with Scorsese—in how to focus the scene. When do you cut to a close-up of one actor rather than the other? When do you use wide shots?

While attending graduate studies at Columbia University in New York City, Schoonmaker actually got her start as a film editor in one of the most unlikely of ways—by responding to a newspaper ad. It was there she learned the art of cutting negatives, a skill which she would quickly apply to another chance opportunity to work with Scorsese on re-editing his student film short What’s a Nice Girl Like You Doing in a Place Like This?. The duo would become fast friends and collaborators as Scorsese would ask Schoonmaker to edit his first feature and spawn a partnership, which has now lasted over five decades.

Schoonmaker has been quite open as well about how close her creative partnership with Scorsese has been. Schoonmaker credits her ability to collaborate as a major factor in tackling the hundreds of choices that an editor must make on a project.

“All those decisions you use on how to shape those sequences is the most incredible creative act anybody can have,” Schoonmaker continues in the interview above. I’d also recommend watching the rest of the clip as she further explains this point with a wonderful example about one of the memorable sequences from Goodfellas.

Editing Is Not Always Invisible

This is probably my favorite quote from the legendary film editor, but also one that’s very indicative of her views on editing and her own cutting style. The notion that editing should be invisible is only true if you’re strictly trying to engross your audience in a story. However, as Schoonmaker points out in the interview above, sometimes the goal should be to “slap them in the face.”

In reality, there are no hard rules or universal truths to film editing. A film or video project simply needs to tell a story in the best way possible. For Schoonmaker, this means she makes her cuts with the audience, and their expectations, in mind. Sometimes you want to cut every three seconds, while others you want to hold for a bit too long if you want to make your audience feel a bit of apprehension and worry.

Read a Script Once

When specifically looking at more of Scorsese and Schoonmaker’s more recent films like The Irishman and The Wolf of Wall Street, it’s always exciting to hear that the duo will be tackling a new and compelling project. However, as Schoonmaker shares in the interview above, a film doesn’t come together just because of an initial description and script. Instead, it changes over time, most notably in the edit.

Schoonmaker is a perfect example of why an editor should be an intrinsic part of the filmmaking process. While she only reads the script once, she’s active in the viewing and discussion of the dailies with Scorsese, taking copious notes from the shoot days, as well as giving her own insights into how the narrative will string together in the edit. For anyone who’s wearing multiple hats as writer, director, and editor at the same time, it’s important to imagine these roles separately and focus on the individual aspects.

Similarly, another hallmark of Scorsese’s directing style and Schoonmaker’s editing prowess is the duo’s ability to work with improvised performances and scenes. Speaking on the shooting and editing process behind The Wolf of Wall Street, Schoonmaker shares some insights into how Scorsese would open up the set for improvised lines and deliveries.

As an editor, it’s your job to find the right balance in your assembly to work with these improvised elements, while combining them with the narrative backbone which you’re in charge of keeping on track throughout. Obviously, this worked out quite well for the film overall, but as you can hear from Schoonmaker’s experience cutting together so many classic Scorsese films, the sentiment remains true throughout to accept new elements, yet be the rock behind the overall story.

Keep in the “Bumps”

I find it fascinating that after multiple decades and dozens of award-winning films (including eight Oscar nominations and three wins) that Schoonmaker, and to an extent Scorsese, still see themselves as outsiders of the mainstream Hollywood industry. Maybe it’s a little bit coming from living in New York instead of LA, but I think more so it’s how they approach filmmaking, in general.

In this rare interview clip above from early in Schoonmaker’s career, you can see why she was so eager to challenge the traditional Hollywood film and editing styles and conventions. Her cuts aren’t aimed to simply “glide through the film,” she wants to “shock an audience with a cut that they’re not expecting” from time to time.

As an editor, when you’re rewatching your favorite Scorsese classics from The Departed to Shutter Island, keep your eyes sharp and your mind open to how these films both look and feel. The cuts are all there not to appease you, but to challenge you when you need to be shocked, surprised, or concerned. These cuts are one of the main reasons why these films have aged so well and Schoonmaker’s career has been so inspiring over the years.

For more editing advice and filmmaker profiles, check out some of these articles below.