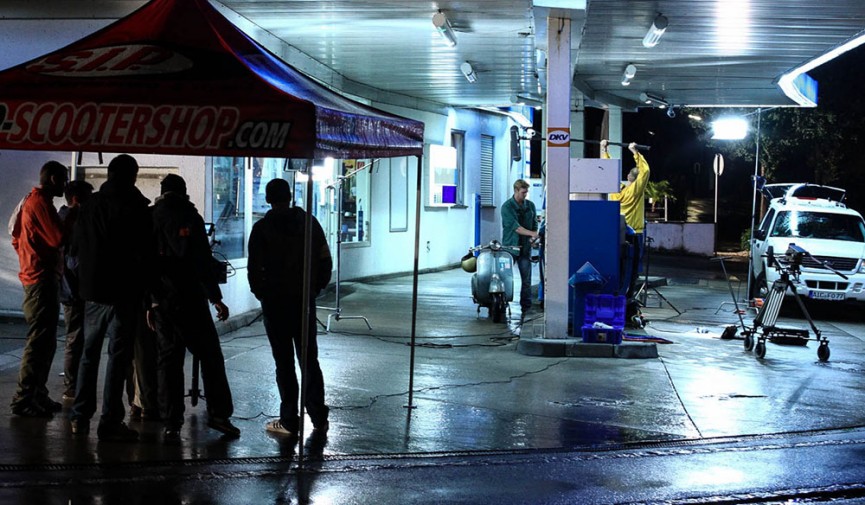 The nighttime exterior shot is one of the greatest challenges for filmmakers on a budget. This filmmaking tip will make lighting your scene a lot easier.

Nighttime exteriors typically require a ton of powerful lights (and generators) to illuminate your scene, which naturally poses a problem if your budget is limited. This is especially the case for wide shots where there is such an expansive area that needs to be lit. It doesn’t matter how fast your lenses are or how sensitive your low-light camera may be, there is no substitute for great lighting techniques when trying to capture a cinematic look. 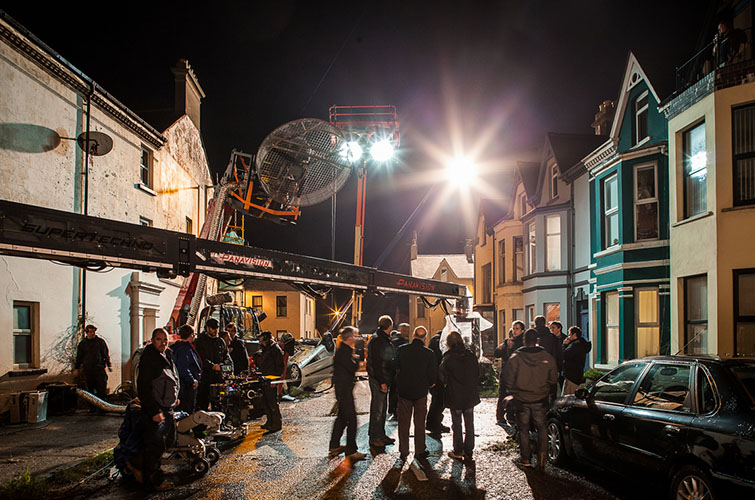 That said, one of the best and most effective tricks of the trade in this type of situation is very simple: water. For years filmmakers have been using water on streets, sidewalks, asphalts, etc. to create a more reflective surface. By evenly spraying the concrete surfaces in your shot, you’re able to brighten up your scene drastically.

You might be wondering if this technique will make it seem as if it’s raining in your scene, however if done right, this will never be an issue. In fact, some of the biggest feature films use this very same method on set to do exactly what I’ve described above – Not because their budgets can’t accommodate proper lighting, but more so because they prefer the aesthetic of the shiny street at night. 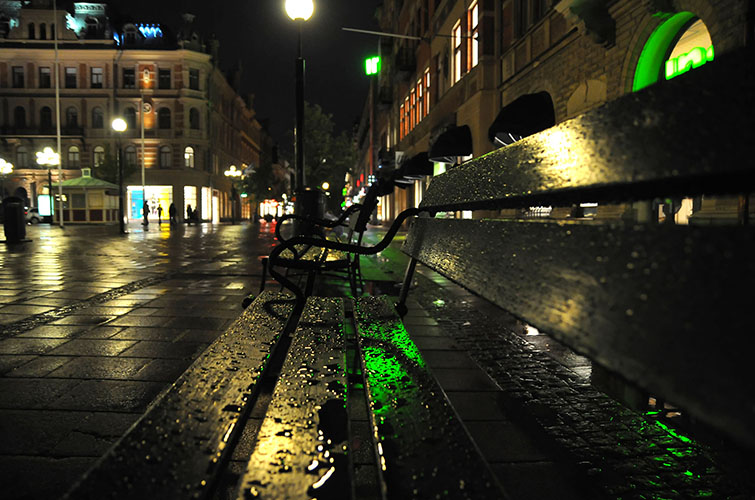 If you’re working on a tight budget, then it’s essential that you’re able to think outside the box. It can be a waste of time to think about how to get more lights on set or how to come up with the money for such a thing. Instead, you should think about how to make the lights you already have more effective. In situations like the one I’ve described in this article, the problem is not necessarily solved by shooting with the most light sensitive camera. You may just need a trick or two up your sleeve. What kind of tricks? The kind described in the following PremiumBeat articles!

Got any other tips for lighting on the cheap? Share your knowledge in the comments below!