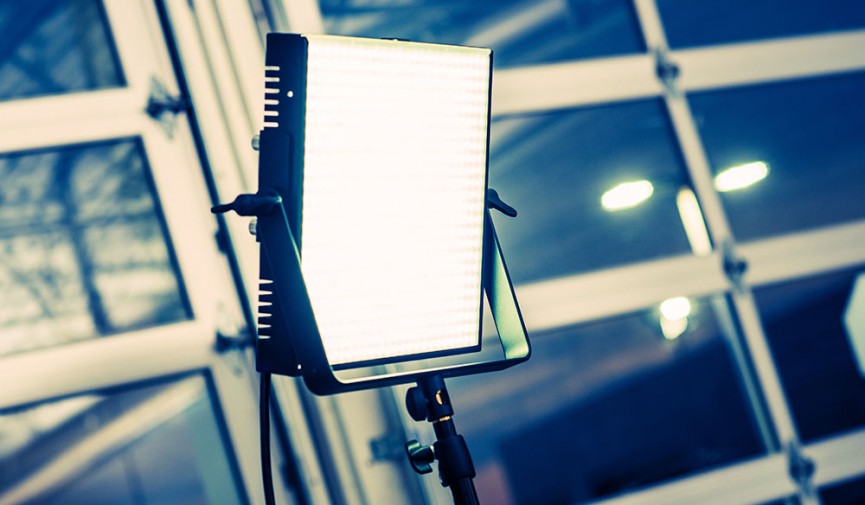 Thanks to their ease of use, LED panels are becoming more popular than ever. Make sure you’re using them effectively by following these filmmaking tips.

I have mixed feelings about shooting with LED panels. On one hand, they are extremely convenient, efficient, and easy to set up. But at the same time, there are some undeniable downsides to working with them.

Certain LED panels can cause color casting in footage, they are prone to flickering, and the quality of light itself isn’t as pleasing to the eye as tungsten or HMI lighting (in my opinion), until it is modified. 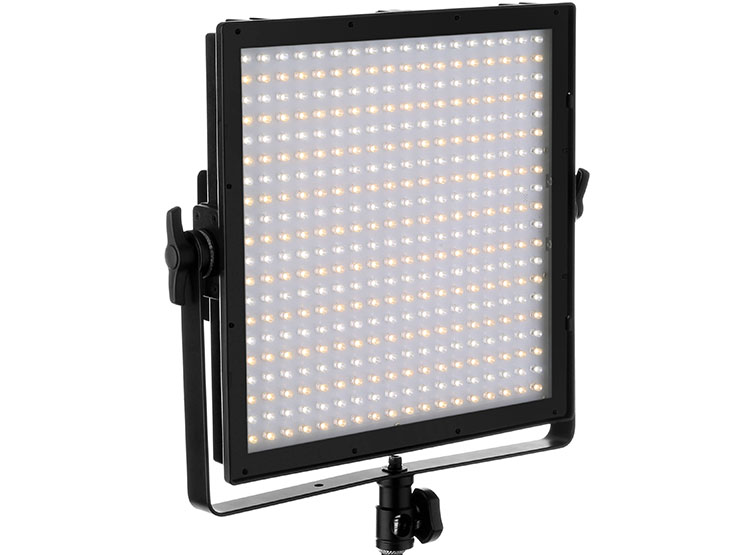 With all that said, I really do think the benefits of shooting with LED panels outweigh the negatives. They are so light and portable and can effectively allow you to shoot well in nearly any situation. In years past, if you needed to capture a night scene in a really dark exterior environment (let’s say a forest or a beach) you would have no choice but to rent a generator.

On small sets, I really have never enjoyed working with generators as they are cumbersome to deal with, costly, and they can be very noisy — which of course is a problem for sound. LED panels, on the other hand, can be powered with a single V-Mount battery, which in turn solves the sound issue. Not to mention they stay cool when you’re working with them, making adjustments and teardown a breeze. 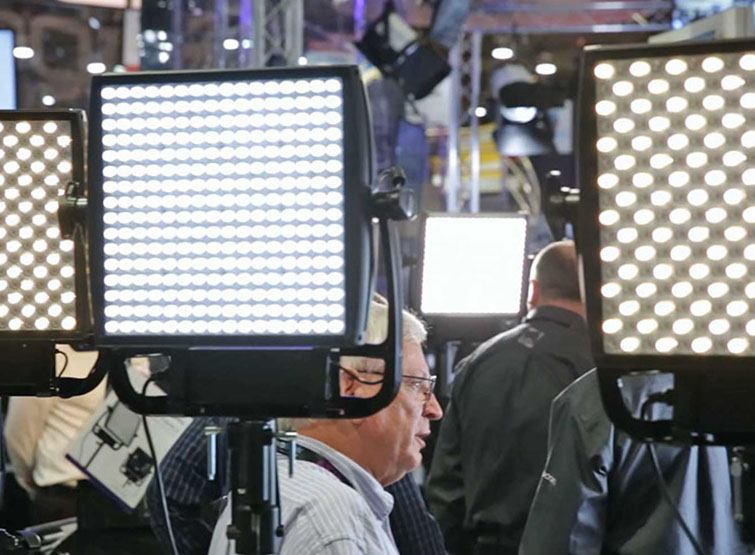 So, for those of you that enjoy working with LED lighting, but still want the cinematic look — this post full of LED-based filmmaking tips is for you. Throughout the rest of the article, I’m going to outline my top few tips for working with LED panels.

1. Always use a modifier 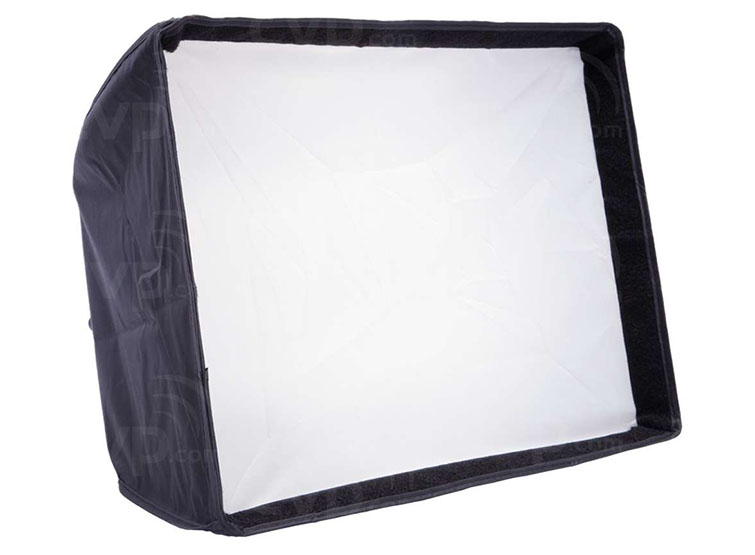 LED panels (like many other light sources) don’t typically generate very pleasing results when used directly. In other words, if you were to simply flick on your LED panel and point it at your talent, the overall quality of the light probably isn’t going to be what you’re looking for. Many corporate videos, events, and other lower budget productions mistakenly shoot this way with LED panels, and their footage can look very cheap.

Instead, be sure to always use a modifier to soften up the light. You might want to get a softbox system for your LED panels, or you can simply use some silks or bounce the light. Here’s Tom Antos discussing affordable and easy-to-use soft boxes and the perks of working with them:

As long as you aren’t going direct, you should be able to achieve nice results. This can be said about most light sources, but I find it to be especially relevant with LEDs since some of them aren’t very powerful and could theoretically be used straight on from an exposure perpective.

2. Be very careful when dimming 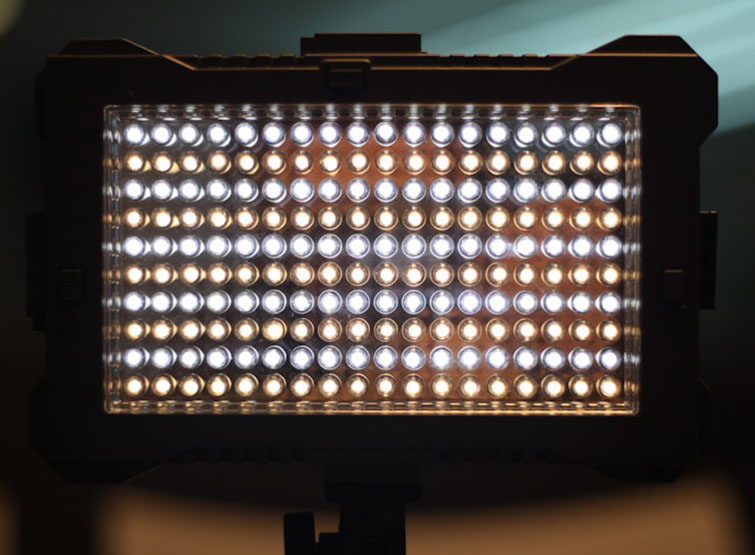 Most LED panels these days have the option of dimming down the brightness, which is an excellent feature to have when it works. The problem however, is that dimming doesn’t always work well and many LED panels are prone to flickering when they aren’t running at full blast.

This isn’t always the case. Some of the higher end LEDs do a phenomenal job of maintaining consistent brightness when dimmed down to any level, but at the same time, a lot of LED panels do suffer from this issue. Sometimes the effect is so subtle that you almost don’t even notice it while shooting, but then in the editing room it becomes apparent. Always test your LED panels as much possible before a shoot to know if and where the breaking point is.

3. Do your homework before buying 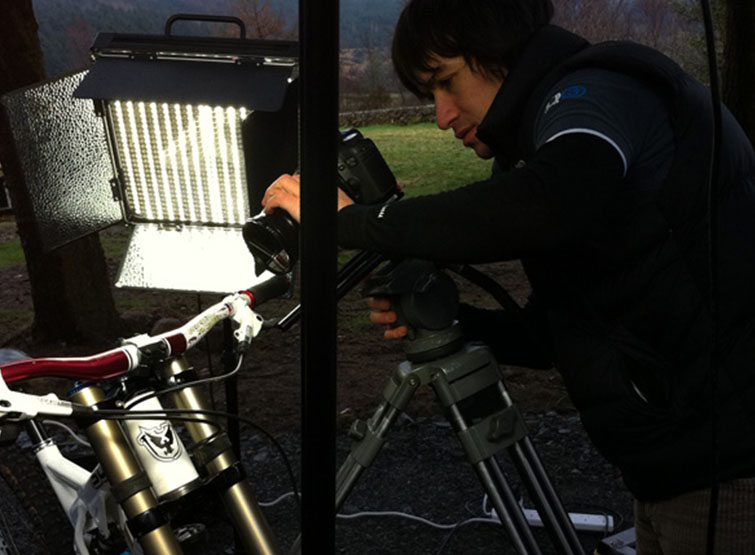 As I mentioned in the previous point, all LED panels are not made alike – especially when it comes to flickering. That same notion applies to other aspects of the lights as well, such as build quality, features, and color casting. Let’s focus on that last point (color casting) since it seems to be another major issue for many panels.

Much like fluorescent lighting, LED panels are often prone to outputting light with a slight color cast that can make skin tones and other elements read strangely on camera. Color correction can fix this to some degree, but if you are shooting with LED panels regularly it would be far better to actually have panels that don’t suffer from this issue. Do your homework online before buying an LED kit and make sure that you get something that’s quality. You might be able to get away with buying knock off or cheap versions of tungsten lights, but when it comes to LEDs, you really do get what you pay for.

Many newer LED panels today give you the option of mixing color temperatures between tungsten and daylight. In other words, they will have two separate sets of LED bulbs (one tungsten color, one daylight color), and you can not only choose to use either of them, but you can use both in unison with each other. This is an amazing feature to have, but at the same time it is one of the most frequently abused features on LED panels.

As indie filmmakers we sometimes end up shooting in mixed lighting situations. Without big lighting budgets, we sometimes need to shoot in an environment where there is daylight spilling into a window and warm tungsten lighting inside. LED panels seem to offer a solution to this by allowing you to dial in a very specific color temperature. So, for instance, instead of being stuck with either 3200 or 5600, you could choose 4000 (or any other number for that matter). 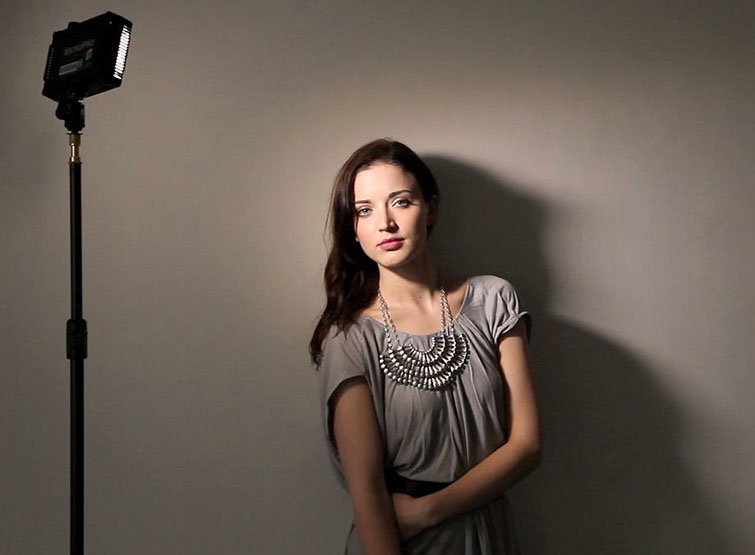 This can be a life saver in certain shooting situations, but you need to be very careful when shooting this way. Often, inexperienced filmmakers/DPs will adjust the color balance significantly from shot to shot, and will wind up with footage that simply doesn’t match. It’s really easy to make the mistake of messing around with the dials too much (and therefore creating inconsistent looks throughout your piece), so always be very careful about how you approach and maintain your color temperature.

If you’d like to spend some more time in LED Land, check out these articles from PremiumBeat:

Any tips for your fellow filmmakers on using LED light panels? Please share your knowledge in the comment section below!