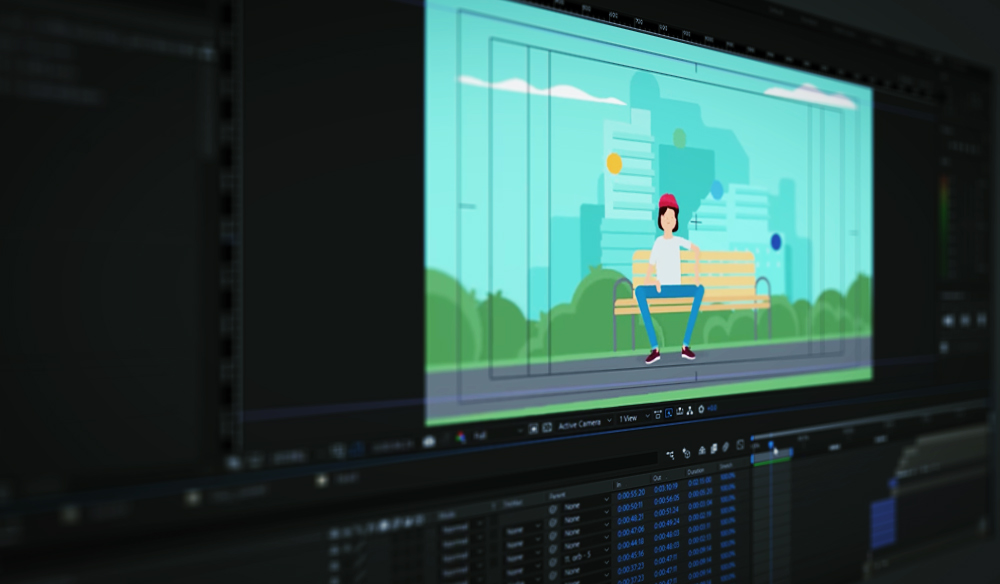 Working with Adobe After Effects on a deadline? These four scripts will speed up your process — without creating careless errors.

As fast as you might be with the vanilla version of a software package, you can always add more spice to your setup with some scripts — those bits of electronic wizardry cooked up by people far smarter than you or I.

I’ve tried a number of different options over the years, and here are a few scripts that are permanent residents in my personal After Effects workspace. The common thread among these scripts is that they streamline your user experience by speeding up tasks that you can do by hand (but are laborious, repetitive, or easy to mess up). When you’re on deadline, anything that speeds up your process without introducing errors is ideal. As a bonus, you can get all these scripts for a fairly low cost (in some cases, you can get them completely free). So let’s take a look.

If you ever work with voiceover in After Effects, you need to get Universal Audio. Rather than jumping back and forth between precomps trying to match your timing or using markers to track key parts of the voiceover, this script will take your selected audio layers and duplicate them throughout your nested precomps while maintaining the timing – so your audio will always be in the correct place relative to your precomp’s position on the timeline, even if you’re four or five levels deep in your project. This is a lifesaver when working with character rigs where controls can be buried pretty deep.

It’s even smart enough to compensate for time-remapped compositions, but you’ll need to enable this in the settings (handily it will color-code audio that might not line up correctly in orange, to save you the aggravation of discovering your carefully timed animation is not syncing up in the final version).

Once you’re finished working with the audio, a single button-press will remove all the duplicates — neatly avoiding the issue of leftover audio in your project that can be annoying to track down. This script has saved me hours of frustration when animating, and I really can’t recommend it enough.

Universal Audio is priced at a reasonable $9.99. In terms of speeding up my workflow, it easily paid for itself on the first project I took on after picking it up.

Developed by Paul Conigliaro, Key Cloner became an instant feature of my workspace as soon as it came out. It’s a simple script (I mean, it has three buttons), but it speeds up your animation workflow in After Effects immeasurably. By allowing you to clone and reverse keyframes while maintaining their relative timing (something that the vanilla time reverse in After Effects doesn’t do), Key Cloner dramatically speeds up duplicating animation or changing an animate in to an animate out with a click, avoiding the seemingly endless back-and-forth copy-pasting from individual properties that you can find yourself doing sometimes.

It was released with pay-what-you-can pricing on Gumroad, and you can find it here.

Another script that manipulates your layers, Rift is all about easily creating staggered offsets, random distributions across time, and ramp ins and outs — and it works across keys and layers.

Rift can shift layers (or keyframes, or both if required) in time based on your selected parameters. You can easily add a four-frame stagger to a series of layers, or create a ramping offset in time, or move each layer on the timeline a random distance – there’s a lot of flexibility and depth once you get a feel for how it works. When you’re working with heavy layer stacks numbering in the tens or twenties, Rift can save hours of your time, but even when you’re working with smaller numbers of layers, you’ll save countless mouse clicks.

Rift is also available with pay-what-you-can pricing (with a suggested price of $29.99). It’s extremely useful and well worth whatever money you decide to put down.

Linear keyframes are almost never going to result in the look and feel you want in your animation, but at the same time, the graph editor can be intimidating to dive into. Then again, a script-heavy solution doesn’t really give you the freedom to experiment in a visual way. This is where Flow comes in.

Flow’s interface gives you great visual feedback — without having to submerge yourself in the weird multicolor spaghetti of the graph editor — while also avoiding the problem of throwing random numbers into a script-based solution and hoping you get the result you’re looking for.

If you create a curve you particularly like, you can create a preset so you can use it over and over again (but hopefully not too often — variety is the spice of life and all that). Flow comes with a library of twenty-five common presets to get you started, and you can also download additional preset packs from the aescripts website created by some top-notch animators.

Flow is available for the bargain price of $30.00 from aescripts.com, and you can find it here.

So there you go. Four highly useful but less well-known scripts that will save you hours of time in After Effects. If you’re looking for more After Effects tips and tricks, check out these articles: