Full Frame Vs. Cropped Sensors: How Much Does It Really Matter?

Full frame cameras have been all the rage in independent level film production, but crop sensor cameras offer some huge advantages over their full frame counterparts. With the recently released crop sensor GH4 turning heads all over the indie film world, the issue is now more relevant than ever.

Full frame shots undeniably look great: an ultra shallow depth of field, smooth bokeh, and a surreal almost bigger than life feeling. But along with all of these great characteristics comes compromises. For instance, a full frame DSLR has a much larger frame size than Super 35mm film, so technically the full frame look is not as true to traditional cinematography as say an APS-C sized sensor (which is much closer to the 35mm Academy standard). But there are other more practical issues as well: your lens choices on a full frame camera are quite limited and the full frame glass can get very expensive because of the overall size. 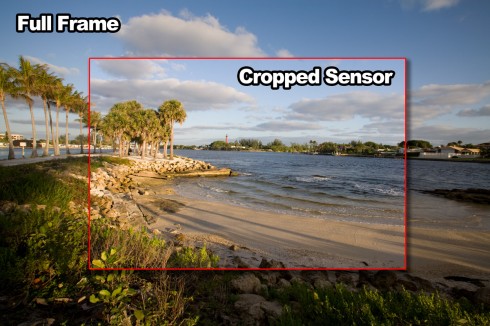 There are crop sensor cameras, like the Lumix GH4 that I mentioned at the top of this post, that have a Micro Four Thirds sized sensor, which is significantly smaller than full frame and will effectively give you a 2x crop. What this means is if you put on a 50mm lens, it will look more like a 100mm lens on your MFT camera.

The downside to this is that it can be challenging to get some specific types of shots that are relatively easy on full frame cameras. One example is the extreme wide angle (non-fisheye) shot, which would need a very specific type of wide angle lens. Luckily there are a number of MFT lenses that fit this bill, but many of them are either slow or not particularly great quality.

The other issue is that full frame cameras are far better in low light, so you need to be extra picky with your lens selection for crop sensor cameras, always making sure that you choose lenses that have a fast aperture. Personally, I like all my lenses to be an f2 or below, and many of them are an f1.4 or below. 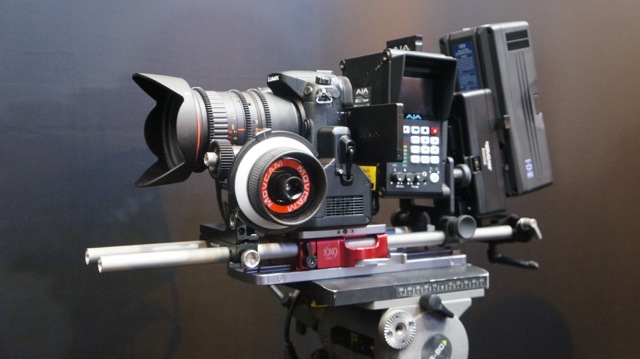 So, clearly there are some challenges associated with both formats, but they also each have their advantages. Full frame, as described above, is great in low light and offers some unique image qualities, while crop sensors (like MFT) open up a huge array of lens choices and are also much smaller which makes them ideal for documentary or guerrilla style shooting. Another plus for crop sensor cameras is that many of them are more video-oriented and feature rich, while their full frame equivalents are often more focused on stills functionality as opposed to video. There are exceptions to this, but using the GH4 as an example, it’s pretty amazing to have a 4K capable HDSLR with focus peaking, zebras, audio monitoring, slow motion, and much more all in such a small package.

Ultimately there is no clear cut answer as to which format is better. I personally shoot on both all the time and use them in different situations, as do many other DP’s and directors that I work with regularly. That said, there are specific types of shooters that have different requirements and as such would benefit more from one format over the other.

Full Frame vs. Crop – Which To Choose

If you don’t already own a camera, then this decision can be quite a tricky one. I know that before I purchased one of my first DSLRs (well really a DSLM, the Lumix GH2), I was quite torn as to which format would suit me best. I’m sure many of you that are gearing up to buy your first camera may find yourself in the same predicament.

It all comes down to what you are going to use the camera for. There have been absolutely gorgeous images captured with cameras across the board – full frame, MFT, APS-C, you name it. So don’t worry about the image quality too much as part of your decision making process, because at the end of the day if the camera is in the right hands, the images will look good.

Instead, focus your attention on what you as a filmmaker need. If you plan on shooting a lot of run and gun material, or documentary content, I would strongly suggest thinking about the MFT format. It’s much easier to pull focus with and the size of the camera lends itself well to a covert shooting situation. There are some mirrorless full frame cameras out now that solve the size issue, but they are still difficult to shoot with in a guerrilla type of setting without a dedicated focus puller, so I would always recommend a more manageable sensor size for these situations.

As for full frame, these cameras are excellent for narrative storytelling in controlled environments where you have a dedicated focus puller, or can at least take time to plan your shots more strategically if you will be pulling focus yourself. They are also great if you plan on shooting a lot of low-light/streetlight footage as you can typically bump up your ISO much higher than on crop sensor cameras. Another huge advantage of full frame cameras is their ability to capture amazing stills. Even if you’re not primarily a stills photographer, you never know when you might get asked to shoot some stills, and just about any Full Frame camera will deliver better still photos than crop sensor cameras. After all, that is what they are intended to do.

Choose the camera that is right for you and your situation and once you’ve made your decision – move on! Focus on lighting, composition, lensing, and all of the other elements that are far more important than your sensor size.