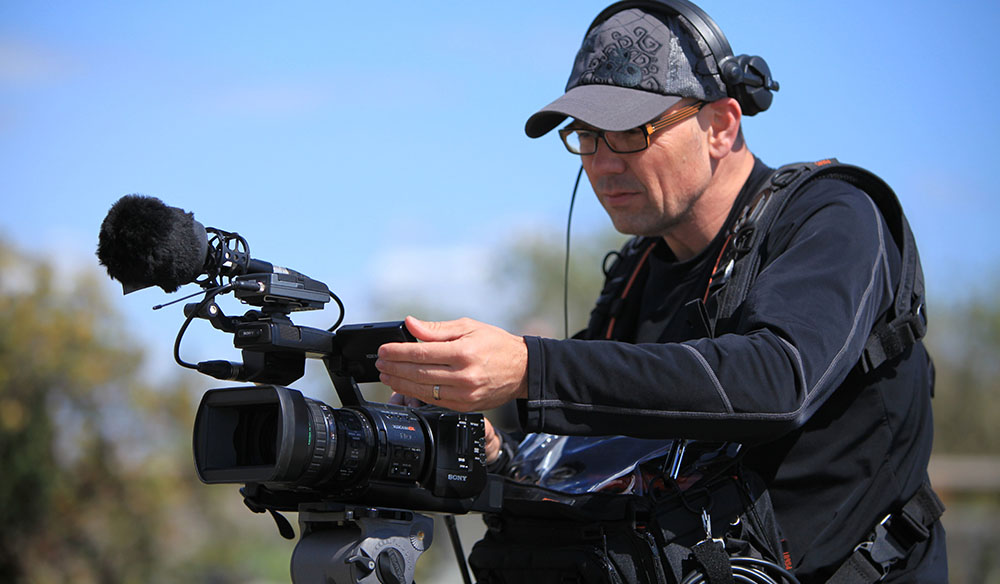 Get Great Location Audio When Working as a One Man Band

There’s no substitute for having a sound recordist on your crew, but there may be times where you need to multi-task and record audio yourself. These tips will show you how to do it right.

Top image from The Location Crew

We all know that audio is just as important (if not more important) than video when it comes to the audience experience. Audio is much less forgiving than video, which is why a great looking film with poor audio will never be received as well as a mediocre looking film with great audio. It all comes down to how our senses react to the content we perceive. 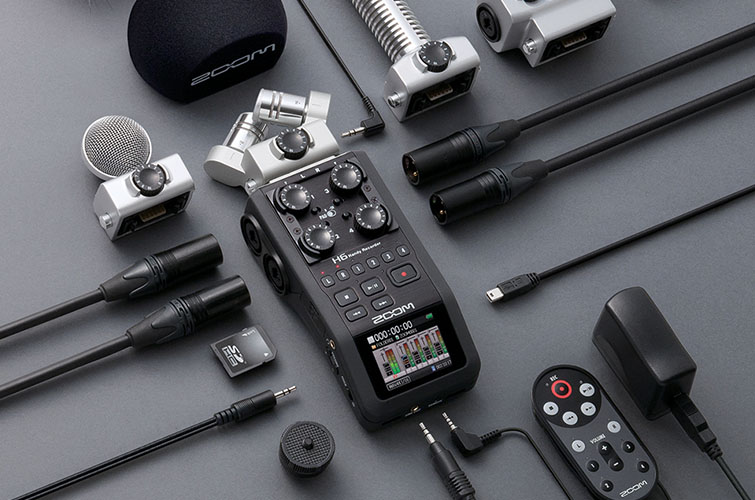 Even so, many of us make the mistake of neglecting audio – especially on really small shoots. Personally speaking, even though most of my shoots have full crews (including an audio team), I also have many shoots were I’m working as a one man band. In the latter scenario, I’m typically shooting, directing and rolling audio all at once, which can be a real challenge. Through a lot of trial and error (and many big mistakes along the way), I’ve managed to develop some techniques that work really well for me when shooting under these conditions. Like many of you reading this, I am not a professional sound recordist, but that doesn’t mean I can’t employ the right techniques to capture professional quality audio.

Here are three fundamentals that you should always follow when recording audio without a boom op. 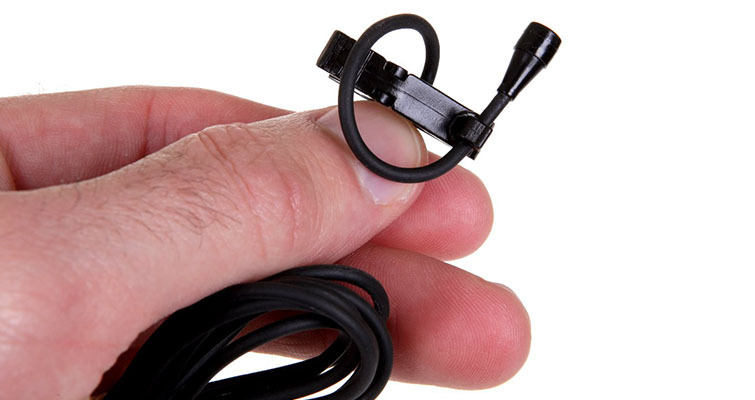 Even though you might not always have the luxury of working with a dedicated location audio recordist on set, you can still emulate their workflow to ensure you’re getting the best results. Most sound recordists prefer to have two mics covering their talent: a boom and a lav. The boom mic is usually preferable as it typically generates the cleanest sound and doesn’t run the risk of getting muffled or hit the way a wireless lav mic will.

At the same time, a lav is critical to use simultaneously. Some shooting conditions won’t allow you to get the boom as close to your talent as you would like, or there may be more than one character speaking at once, and the boom is unable to cover both effectively. The bottom line is that using two mics gives you a safety net. If there’s an issue with one, the other is a great backup.

Typically on set, I’ll have my boom mic set up on a stand and the lav mic hidden under the clothing of my talent. Both are running into my Zoom H6 recorder, and in post I’ll choose between the two tracks depending on the specifics of the scene in question.

In this video, Curtis Judd guides us through the process of picking the right lav microphone for your needs. 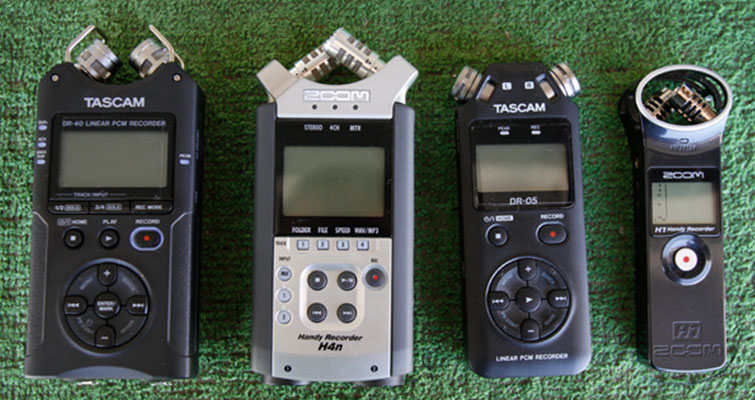 Whether you’re recording audio straight to your camera or using a dedicated recorder (such as a Zoom or Tascam) you’re going to want to set your levels manually. This is one of the most common mistakes that inexperienced filmmakers make on set, which results in really awful sounding amateur audio.

When your levels are set automatically, the quality of your recordings is diminished substantially. Automated systems are constantly boosting and reducing their levels in an attempt to catch up with the variances in levels being recorded — but no system works perfectly, and there are always issues. One example is the hissing sound that’ll occur in between lines of dialogue.

When nothing is being spoken in the scene you’re shooting, the automated levels will boost up really high to compensate, and you’ll be left with a lot of white noise. And even though you may be able to correct this in post to some degree, it’ll never sound the same. When your talent starts speaking (and breaks the silence) the levels will drop very quickly and you end up with a strange audio artifact that just doesn’t sound professional.

The solution to all this, of course, is to set your levels manually. Simply run a few lines with your talent before you start recording and make sure that the levels aren’t peaking. Now you’ll have a consistent result throughout your entire take, and can rest assured that you won’t generate any of those strange artifacts associated with auto-levels. 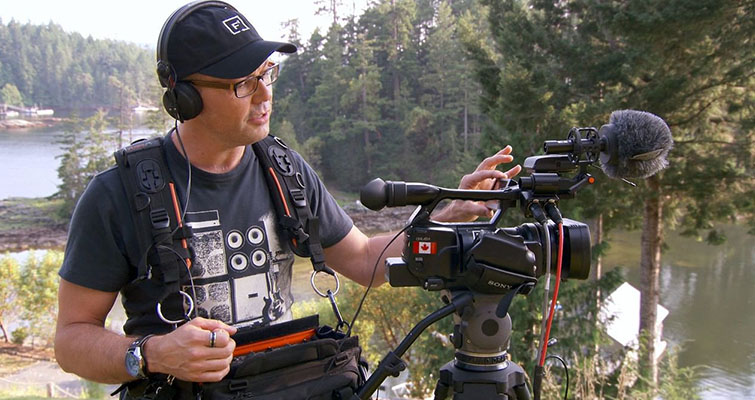 Image from The Location Crew

When you’re working as a one man band, you don’t have the luxury of monitoring your audio as closely as you would if were your sole task. In many cases you’re going to be spread pretty thin while checking your focus, directing your talent, and handling all sorts of other things on set, which means you’re prone to error on every front. Audio is no exception.

One of the most common issues that you’ll run into when working this way (as it relates to audio), is improperly set levels. We’ve already gone over why it’s so important to record your audio manually, but the downside to manual audio is that your recordings are prone to peaking. For example, your actors may have run their lines and sounded great during your test (and level setting), but then in the scene they get much louder or one of them screams. Now all of a sudden your levels are peaking like crazy, and you might not even notice since you’re so bogged down handling other aspects of the shoot.

The solution to this potential problem is to always record a backup track. Many audio recording devices will allow you to record a safety track (usually -20db lower than your regular track), so that in situations like this, you can pull clean audio from your backup track to patch over any moments that peak. You also might have the option (depending on your setup) to split your audio and record to two different devices – let’s say your camera, and an external recorder – each set to different levels. The method that you use isn’t the important part, what really matters is creating a safety net for yourself to fall back on in case of any technical issues.

Want some more audio tips? Check out these articles:

Got any recording tips for your fellow filmmakers? Share in the comments below!