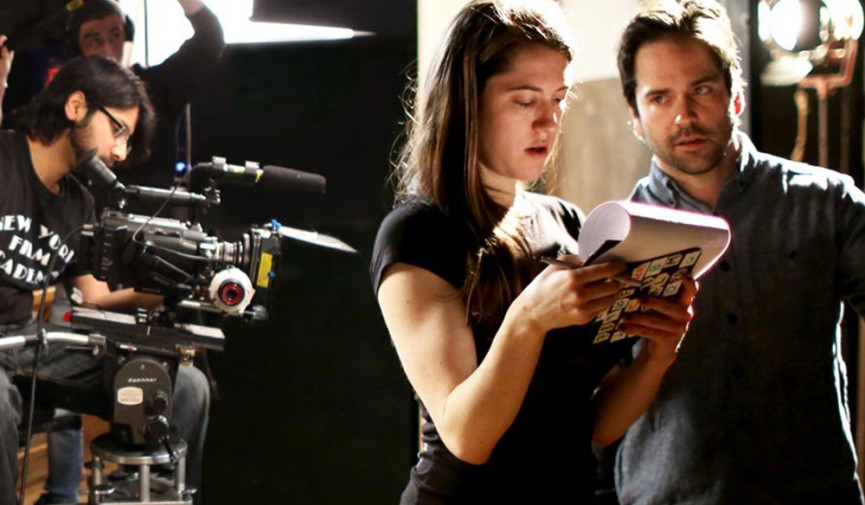 How to Adapt Your Feature Idea Into a Short Film

Filmmakers are often faced with the challenge of reworking a feature film screenplay into a short film. Here’s the best way to go about it.

One of the most common approaches to feature film development today involves writing a feature length screenplay and then shooting a short film based around it. The idea behind this approach is that the short film will act as a proof of concept and essentially show potential collaborators what the director/producer team is able to do stylistically, even on a small scale.

Although many filmmakers seem to understand the importance of adapting their feature length material into a short, many of them aren’t able to actually execute on it in an effective way. The reason being that features and shorts are in some ways completely different art forms, and an idea that works well as a feature doesn’t always work as well as a short film… Or vice versa.

Throughout this post, I’m going to explore a few tips for improving your ability to translate your feature material into short form content.

1. Tell a small story within the greater story. 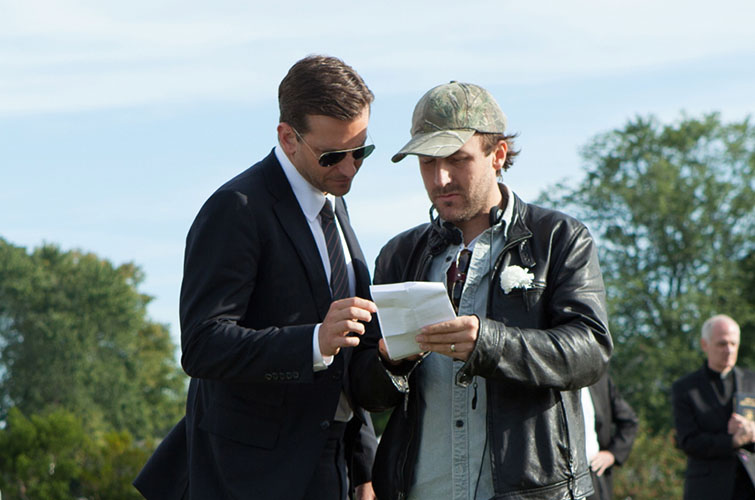 The optimal length for most short films is 10 minutes, which means you have very little time to tell a complex story or explore a lot of character detail. The number one mistake that filmmakers make when it comes to adapting their material, is trying to cram way too much information into a ten minute short. Having just developed a feature length screenplay idea, many filmmakers feel very close to their material and it’s hard for them to leave out important moments, characters, or ideas from the short version of their story. But the reality is that you need to lose 90% of your feature in order to make an effective short.

Rather than thinking of how you can trim down your 110 page script into 10 pages, think about one of the small stories that you can tell within the larger story at play. Maybe you want to tackle the catalyst moment from the first act, or show the first time that two characters meet. You might even want to shoot a short prequel that would take place before the first scene of the film. As long as the slice of the story that you are telling can be executed in ten pages or less, you’re headed in the right direction. But the second that it feels like you are forcing a bigger story onto the page, it’s time to rethink your idea. 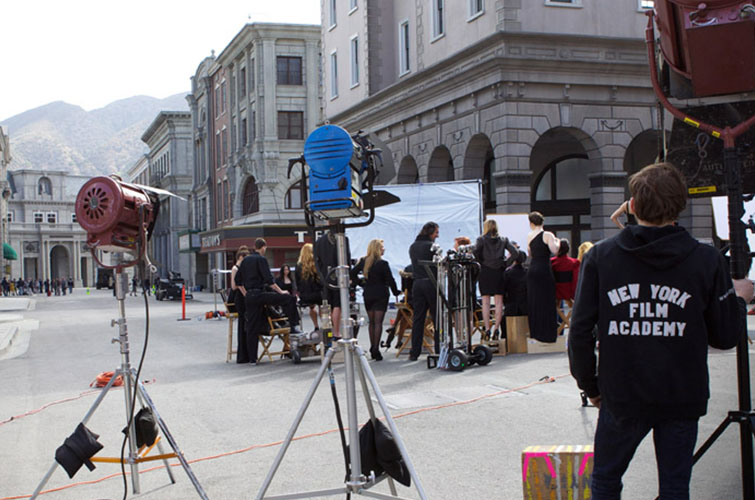 Although you might not be able to explore the extent of your feature idea in a short, you can explore your characters very deeply. Characterization and character in general can be conveyed far more quickly and effectively than plot through the use of powerful imagery and short concise visual scenes. You should be taking advantage of that when making any short film (but especially one based around a feature), because you are trying to show potential investors, collaborators, actors, etc. what the characters are made of.

So rather than focusing too heavily on plot, ask yourself what short film you can make that will give insight into who the lead character of your story is on a fundamental level, and everything else will fall into place. 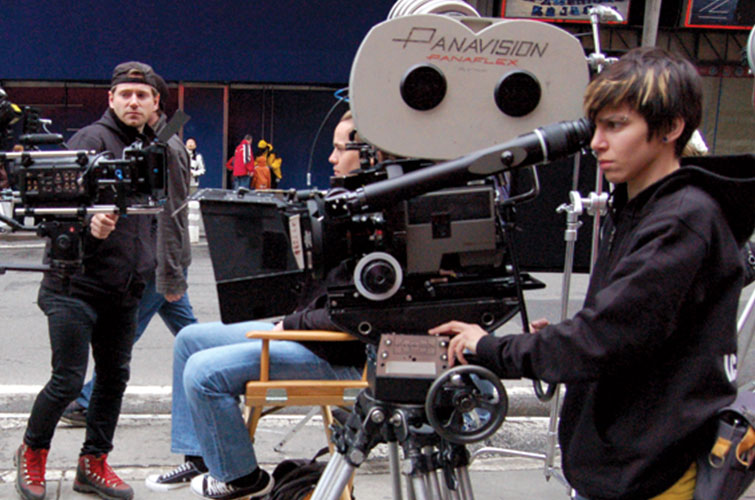 One of the best opportunities that you have as a filmmaker is your ability to show off your personal and artistic style in a short film. In many cases, this is far more important than plot (at least in the context of a proof of concept), and can benefit your overall process immensely. Chances are, if you’re chatting with development executives, producers, talent, or anyone else that you might want to involve on your film, above all else they want to understand your style and abilities.

Story is always important, don’t get me wrong — but they will probably already know the feature length story you want to tell to an extent, and may have already read your screenplay. The short film gives you an opportunity to really show them what you’re made of and let them start to visualize how your script will translate to the screen.

4. Be careful about adapting a single scene. 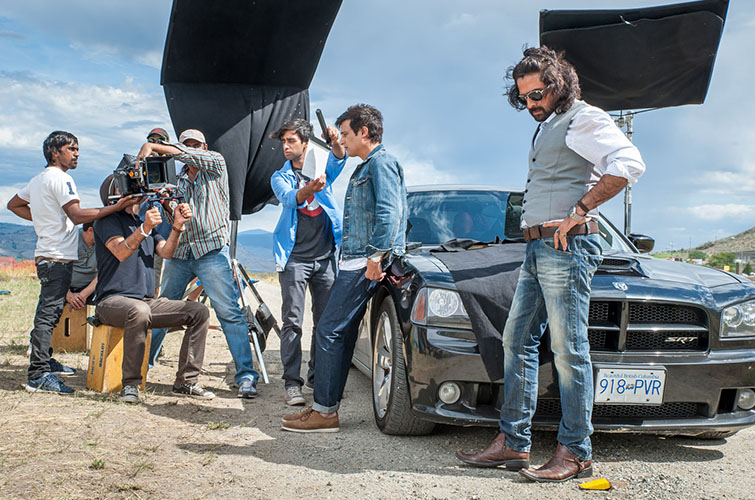 The most common solution that filmmakers come to when adapting feature length material is shooting a single scene from their film. Rather than creating a short film that can stand on it’s own, filmmakers will often pick one of their favorite scenes from the screenplay and just go out and shoot it. There may be some instances where this can work well, but in general I highly advise against doing this.

The truth is that any scene is part of a greater sequence, and that sequence is part of an act which has its own arc, and is part of the greater story as a whole. For that reason, most scenes don’t have a concrete beginning, middle, and end to them in the same way that a sequence or act would in a film, and therefore don’t translate that well as is to the short format. They might be fun to shoot and a good experience for your actors, but the goal of really representing your film as a whole can get lost when going down this path.

Short films are challenging enough to create as it is, but the process is even more arduous when you’re adapting feature material. Almost every filmmaker at one point or another falls into the trap of attempting to tell a story that is way too big for a short format. The end result always suffers from excessive dialogue and exposition, unfocused scenes, and a general lack of style and tone.

Shorts should never be thought of as an abbreviated version of their feature counterparts, but rather as supplementary material to them. You want to be able to approach collaborators with your feature script and a short film that gives a glimpse into the style, character, and tone of the project. But at the same time, you don’t want to overwhelm the viewer with so much information that it turns them off of your project entirely.

Want some more insight into screenwriting and filmmaking? Check out these posts from PremiumBeat.

Do you have any experience adapting feature films into short films? How did it work out for you? Tell us in the comments below.