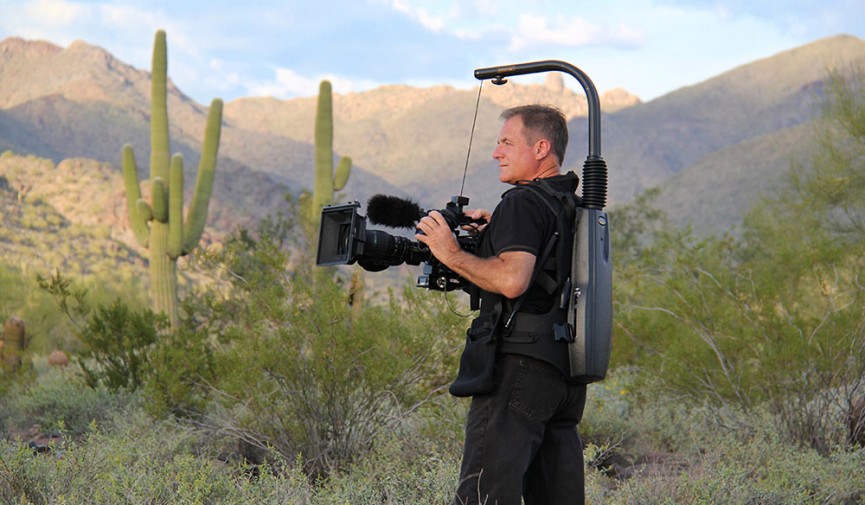 Stabilization devices such as a Movi or Steadicam aren’t always an option. Luckily, there are other ways to capture walk-and-talk shots smoothly.

I’ve used both Steadicams and Movis countless times. Under the right circumstances, they by far offer the best solutions when it comes to covering a walk-and-talk shot. That said, having worked on many low-budget productions that couldn’t afford to rent a steadicam/operator package, I’ve learned to improvise with far simpler tools out of necessity.

Typically I’ll default to one of these two options when attempting to shoot a walk-and-talk scene when I don’t have access to a Steadicam or Movi:

For those of you who haven’t used an Easyrig — it’s a relatively inexpensive harness-like device that allows you to clamp your camera to an arm that extends over your head: 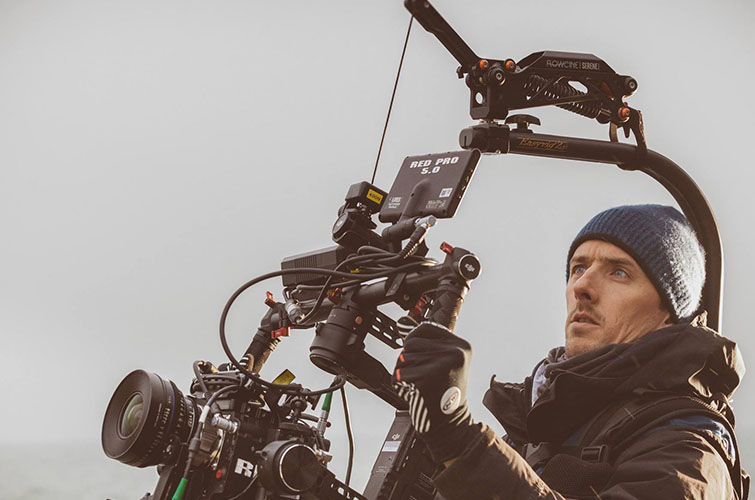 The Easyrig isn’t intended to be used in place of a Steadicam. It was really designed to take the weight off the DP/Operator’s shoulders when shooting handheld material with a heavy camera. That said, in a pinch I’ve had to use one in place of a Steadicam and was able to get really solid results. It’ll never be as smooth as a proper Steadicam, but if you’re on a wide enough lens and take your steps carefully, you can get some great shots. Here’s a video from the gang at No Film School that covers some of the ins and outs of working with an Easyrig.

2. Keep It on the Sticks

Although a traditional walk-and-talk/tracking shot is accomplished by literally walking with your talent, certain scenes can be covered just as effectively on a tripod. As long as your actors are walking relatively straight ahead and not rounding any corners, keeping your camera on the sticks may be the easiest and the most effective way to capture your scene without struggling with a messy tracking shot.

You may choose to start on a long lens, straight back from your talent and simply pull focus as they walk towards you. Alternatively, you could start on more of an angle to the talent and pan with them as they start on frame right (facing camera), and cross all the way to frame left (facing away from camera). If you really want the tracking shot, here’s another tripod-based way to go about it that would work for a walk-and-talk scene, courtesy of Fenchel and Janisch:

Neither of the above techniques is a replacement for a Steadicam or Movi, and I’d never recommend making any choice simply based on your budget. But in a circumstance where you absolutely need to cover a tracking shot, but just don’t have the means to do it, an Easyrig or simply shooting on a tripod are reliable options.

Got any nontraditional, lo-fi, DIY camera stabilization tricks up your sleeve? Let us know in the comments below!