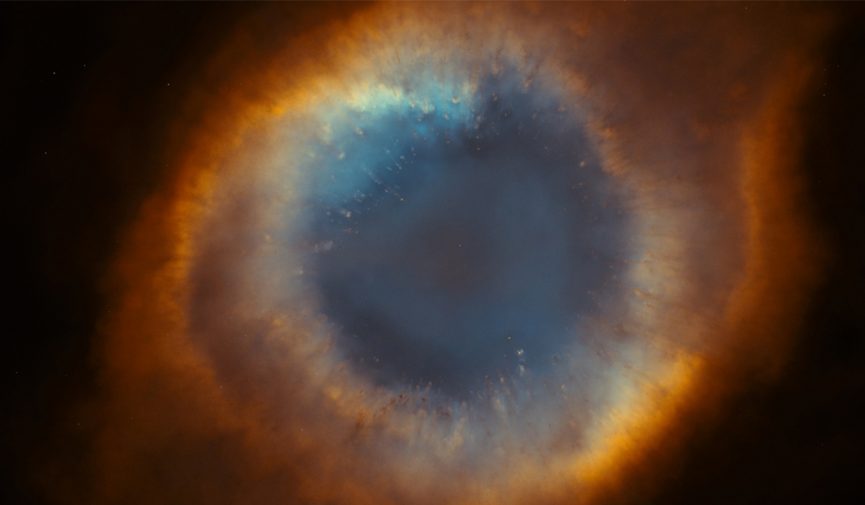 It’s surprisingly simple and inexpensive to create jaw-dropping cosmic scenes with everyday ingredients. Put together a quick shopping list and get ready to blow some minds.

I can only recount a dozen moments throughout the movies I’ve watched where I’ve been truly mesmerized — jaw on the floor, eyes wide open. A few moments that come to mind are the bear scene in The Revenant, a real 18-wheeler truck flipping in The Dark Knight, and the Big Bang sequence in The Tree of Life.

The cosmic creation sequence in The Tree of Life completely blew me away. I had not seen anything like that before. One of the first things I did when I got home from the cinema was research how this scene was created.

To my surprise and delight, a good portion of the scene was created with practical effects. Most incredibly, along with the use of liquid tanks, flashlights, glass paperweights, dry ice, pinhole flares and other tools, there was also the use of everyday items that you could buy from the grocery store — milk, dye, and paint.

We were shooting with a combination of the Phantom Gold 2K camera at up to 1,000fps and sometimes with a Red One camera using it at 4K, sometimes at 24fps and sometimes even undercranked at 6 or 12fps. There were a lot of experiments in water tanks, different kinds of turbulence tanks that I would design. Lighting effects in tanks. Combinations of dyes and liquids, paint and a lot of milk and half and half. It’s the way I like to work. When we first spoke, Terry was frustrated that even some of the best supercomputers in the world that were doing galaxy and Black Hole simulations tended to look a little synthetic. So he wanted to explore the possibility of doing it in a more organic way. And I said that’s exactly what I would suggest. And so that’s what I was helping him with. The whole objective was to make shots that, even though we were using Nuke for compositing, were at least 80% organic.

The thought of being able to create something spectacular from milk and dye was very appealing to me. I love organically creating effects. There’s a lot of satisfaction knowing that what is on screen was physically created by your hands. Not to mention that when you’re using liquid or elements that act randomly, it’s going to be unique. Even if I wasn’t going to be able to replicate The Tree of Life sequence, I was sure going to try and do something like it.

One of the most important points taken away from Douglas Trumbull’s information was the use of water tanks. I imagine these tanks would be incredibly large, something well out of my reach. As this was a DIY task, my old fish tank would be sufficient.

Here is the first attempt.

It’s not The Tree of Life sequence by a far stretch, but it’s definitely something different that can be worked upon or used in a creative manner. This is where a lot of new ideas and techniques are born — by trying to imitate something else. Having a set of ready-to-use stock footage like this in your arsenal can be very useful.

There are plenty of applications for effects like this. The gif below from Breaking Bad shows a chemical reaction. I’m sure something like this could be organically made through the use of water tanks and the ingredients.

The ingredients I bought were milk, red food coloring, blue food coloring, cooking oil, and flour. Then I set my unused fish tank upon a few books, with a gap in the center to place a small a Z-96 LED light underneath.

I shot with a RED ONE M-X 2K at 120fps. Other than the camera, it was a very basic DIY setup for creating this sequence. Many DSLRs now offer that frame rate, and although it won’t be captured in RAW, with the right lighting setup, you could get something great.

Nevertheless, it wasn’t The Tree of Life sequence replication I dreamt of, and I haven’t attempted to anything similar since this test three years ago. Thankfully, filmmaker and YouTuber Joey Shanks has been able to replicate the cosmos sequence with a more satisfactory result.

Unlike The Tree of Life method, Shanks squirts liquid onto a transparent glass plate and films the reaction from above. There seem to be endless means of creating footage like this, all of which create unique pieces of media.