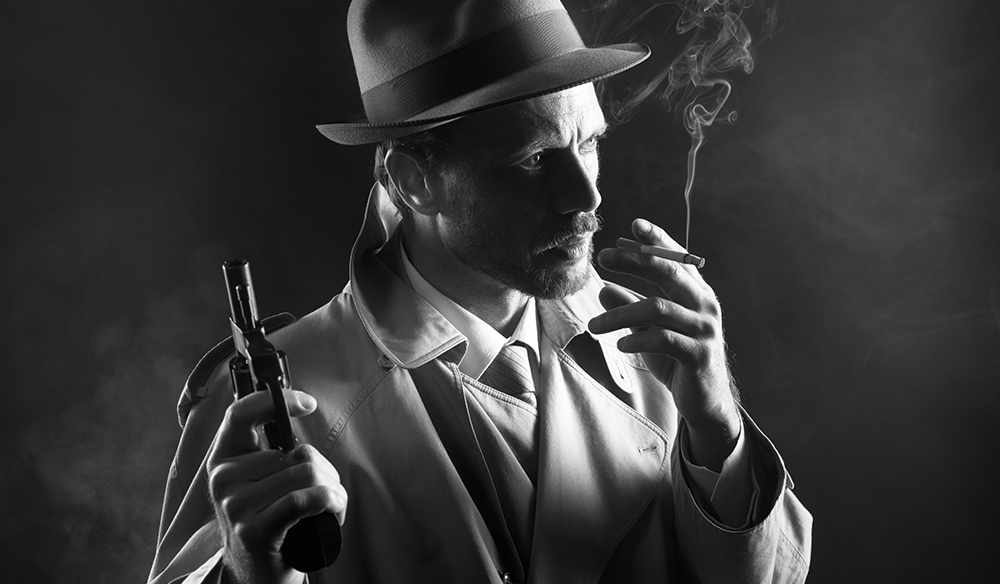 Authenticity is key when your film is set in the seedy underbelly of the criminal world. Here are a few ways to create realistic props for gangster movies.

Crime movies like The Godfather, The Departed, and Scarface are heavy on edgy vibe. Tough guys like to smoke and drink — and occasionally murder and maim. Obviously, live firearms and high-powered whiskey can lead to real trouble on a film set, so how can you maintain an air of criminal authenticity? Here are a few prop and art direction ideas to help keep your actors and crew safe and sober. Well, at least until the wrap party.

Technique By: The Prop Master’s Handbook

(Disclaimer: This technique should only be used to create prop money for a film or video. Creating counterfeit money is highly illegal!)

If you need to create fake money for a film set, the process is actually fairly straightforward. Simply print out a two-sided picture of fake money and crumple it up. Some prop masters take it one step further and apply lemon juice to the surface in order to give the money a brownish tint. But for most shooting situations, crumpled paper will look convincing enough. Just be careful — trying to spend counterfeit money is a felony. Make sure your prop isn’t an exact replica or you might end up in jail.

3. How to Fake Alcohol

Want to create some fake booze? Just use these non-alcoholic alternatives.

Apple juice is a perfect stand-in for whiskey. Just give it a minute and let the bubbles die down.

Faking clear liquors is no problem, thanks to good ol’ H2O.

Need to have your actor drink a fake beer? Well, give them a fake beer! An O’Doul’s is a great non-alcoholic alternative.

When it’s time to get stabby, use tin foil to craft a convincing blade. When you stab your subject, the blade will simply bend — but your audience won’t know that. This epic tutorial from Film Riot demonstrates the technique.

You can go out and purchase a gallon of fake blood for about $20 — or, as seen in the following video, you can create your own blood at home for a lot less.

Let’s get gross. You need some loose guts in your video? One option would be going to the butcher and picking up some pig livers. A less stinky alternative would be this technique created by SplatterFactoryTV. All you need is some styrofoam and a batch of your delicious fake blood!

There are people who have built entire careers on creating fake blood and wound effects, but you don’t have to be a pro to pull off some gruesome punctures, pierces, and missing pieces. All you need is some molding wax (about $8 online) and another batch of fake blood. The tutorial below focuses on a slice, but you can create any wound your twisted brain can imagine.

Creating a fake gun is super simple — just go to the dollar store and buy a toy gun and some spray paint. You should be able to create a convincing gun with this technique. However, if you want to take it one step further, use metallic spray paint and a rag to lightly brush the gun to create believable wear and tear. Here’s how it’s done.

While After Effects can generate some cool-looking blood explosions and splatters, they aren’t always the most believable. In this tutorial from chinfat, we see how to create a Hollywood-style squib using a fertilizer compressor (surely you’ve got one or two sitting around, right?) and a sponge.

Got any footage of some fake props you’ve made? We’d love to see the video in the comments below!