I’ve submitted my films to dozens of festivals over the years and have screened at quite a few – although in the early days if I knew what I do now I could have saved a lot of time and money. Follow these tips for finding the right festivals (and having a higher acceptance rate).

Getting your film into the right festival is an art of it’s own. Not only do you need to be careful about the content that you submit and how it’s submitted, but just as importantly you need to make sure that the festivals you submit to are worth your time and effort. 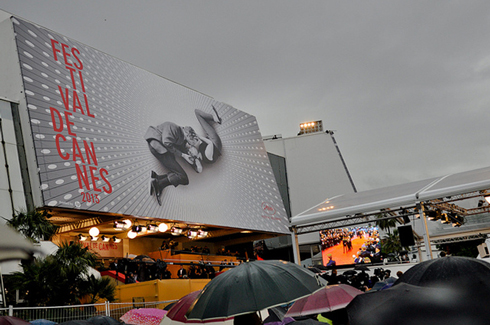 If you’re just starting out, you may have your sights set on some of the larger festivals – Sundance, Cannes, Toronto, etc. These festivals are of course amongst the largest and most prestigious in the industry, but they should be approached with caution as their acceptance rates are extremely low. For instance this year Sundance alone received nearly 13,000 short film submissions, and they will only be screening 150 or so. It’s important to keep that kind of statistic in mind when applying to these festivals as the chances of getting in are pretty slim.

That said, if you feel your film is strong enough to compete then by all means submit it – just don’t get too discouraged if it gets rejected as that is not necessarily a reflection of the quality of your work. If you do get into one of these festivals however, it can truly launch your career – especially if your film is a feature. So to re-iterate – don’t rule out these large scale festivals, but also don’t put all your eggs in one basket. 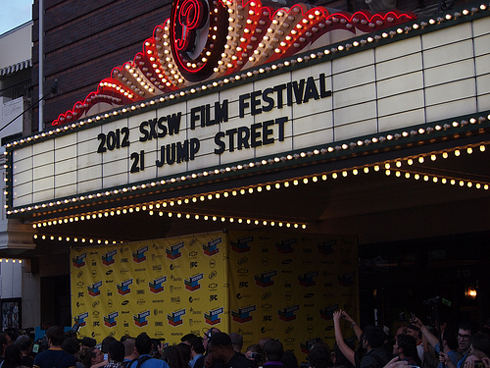 I consider festivals like Slamdance, Palm Springs, and South By Southwest to be mid-range festivals. They are large enough that they get lots of media exposure and celebrity appearances, but smaller than the top tier festivals (meaning your film may have a better shot of actually getting in).

Personally, I feel that these festivals are the sweet spot for up and coming filmmakers. Not just because your chances of getting in are higher, but also because when you do get in your film may get more attention than it would have at a larger festival where it is competing with huge films that can overshadow yours. Many filmmakers that have had films in large festivals and mid-range festivals have actually seen more success with their film as far as exposure and sales from the mid-sized festivals, so keep that in mind. 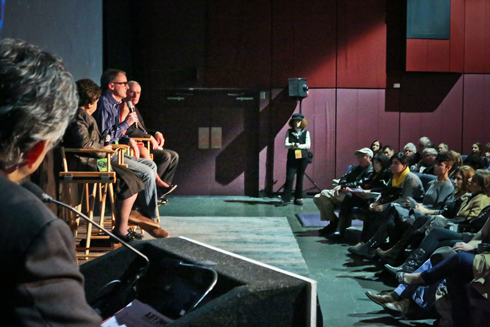 Right now there are an abundance of niche festivals and they are growing rapidly every year. Niche can mean anything from a genre festival (like Fantasia International Film Festival) to themed festivals (women’s rights, African American, etc.) to small regional festivals that now exist in just about every town in North America.

Some of these festivals can be particularly good options as they have a higher acceptance rate of films (giving you a better shot at getting in), but they also can connect you with an audience that is more likely to respond well to your film given they are attending a niche festival in the first place.

Another benefit of these festivals is that they are usually relatively inexpensive to submit to, so it can’t hurt to submit to quite a few of them. The only real downside to these festivals is that it can be difficult to assess the quality level of them before you’ve actually seen them in person. Be sure to check out their website and do some homework before submitting so you don’t end up wasting your time.

So Where Do You Submit Your Film?

I truly believe in a multi-faceted approach to this. You don’t want to only submit to a handful of top-tier festivals and risk not getting in anywhere, but similarly you don’t want to only submit to the really small festivals either as you may not get the exposure you’re looking for. Your strategy is going to differ based on the genre of your film and the length as well. For instance if you have a Grindhouse slasher flick, you’re probably going to do better at the niche level, which is great as you may end up screening at a couple dozen niche festivals and cleaning up with awards and prize money.

Even so – it’s worth submitting to a number of mid-sized festivals and top-tier festivals because genre films can of course screen anywhere. Conversely, if you have a slightly larger scale film that might have some recognizable names or faces in it, than go for the gold and submit to mainly top tier and mid-range festivals. Having a name actor in your film doesn’t guarantee acceptance by any stretch, but it certainly helps.

If you think your film has a realistic shot at a big festival than go for it. Just pace yourself so that you don’t blow your festival submission budget just on a few festivals.

If you have a feature film (as opposed to a short) you also need to be cognizant of the ‘premiere status’. Many large festivals want to have a world premiere for all of their features, so you want to make sure to time out your submissions carefully. You might apply to Cannes at the same time as a small regional festival, and if you were to screen at the regional festival first, there is a good chance that Cannes would disqualify your film even if they wanted to accept it otherwise.

This doesn’t apply as much to smaller or even middle of the road festivals, but if you are going after the big guys, be aware of this and make sure you wait to hear from them first before premiering anywhere else. As for short films – there is a lot more leniency. Festivals still generally do prefer a premiere, but it’s very unlikely that your film will get cut out of the running for screening somewhere else. Actually in many cases the opposite can be true. Once your film gets some momentum on the festival circuit, other festivals will start to approach you and request that your film is included in their festival – effectively bypassing the submission process. This is most common with large/top-tier festivals but can happen with any festival that gets a decent amount of exposure.

How To Plan It Out

One of the biggest keys to your festival run success is simple preparation. Know before you even write your script which festivals you want to target. Write your script with that in mind and be realistic about your goals. Once you have crafted a product that is really strong but also focused and targeted toward a specific type of festival then you’ll be in a really good starting place.

Make sure you time out your production/post schedule carefully as well to ensure you’re meeting the right deadlines and getting your packages out in time. This is especially relevant for features that are going after major film festivals. Most importantly, diversify your submissions – send out a few to the major players regardless of your genre/length, but also send out a number to the mid-sized festivals and niche festivals. Every film will need it’s own unique strategy, but speaking for myself – my strategy going forward on my next feature will be:

This is generally a good ratio for many indie films, but could be off the mark if you’re doing something very specific or heavily genre based.

Another point to make is that you don’t need to go at this alone. There are some really great festival consultants out there that can help guide you through this process. If you’re unsure about which path to take, meet with a consultant and see what they have to say. Even if you end up spending $500 on the consultation fee, you may actually save money in the long run as they can tell you pretty realistically which festivals you have a better shot at getting into. So rather than submitting to 30 festivals blindly, and getting into 2 or 3, you might end up submitting to 10 and getting into 7 or 8.

And finally, make sure not to get discouraged when you don’t get accepted to a festival – big or small. It doesn’t necessarily mean they didn’t like your film, it just means it didn’t fit with their program. Many amazing films have been rejected from major festivals and have gone on to get theatrical distribution, and many films that were accepted to festivals like Cannes or Sundance never saw the light of day. Festivals aren’t the be all end all, but they are a great launching pad for your film when approached strategically.