How to Find Your Story When Cutting a Documentary

Editing a feature length documentary film can be an extremely daunting task because of the massive amount of footage and the endless creative options. 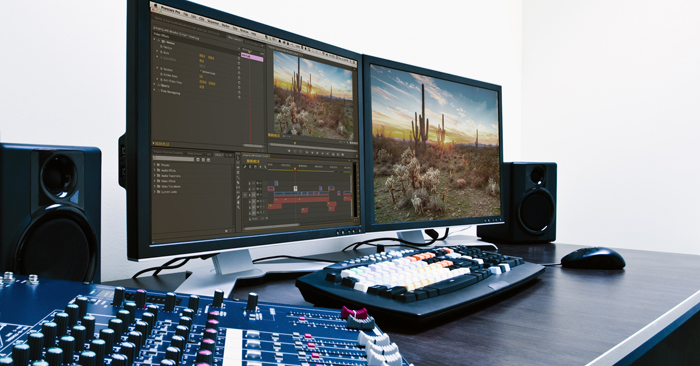 The process of cutting together any type of feature length film can be crazy to say the least. Huge amounts of footage need to be sorted, labeled, and organized, deadlines need to be met, and conflicting notes come in from producers and other creative team members that can make your process even more difficult than it already is. All of this is amplified when dealing with a documentary (as opposed to a narrative) as there are so many more factors that come into play. The shooting ratios are far greater (meaning you have way more footage to sift through), there is usually a much higher occurrence of technical problems with the source material, and you are literally crafting the story in the edit suite, which puts a lot more pressure on you as the editor to get it just right.

Thankfully, there are a number of ways that you can choose to approach the craft of editing a documentary that will make all of these challenges more manageable. The tips that I’ve outlined below will help you whether you are cutting a documentary that you also directed/produced, or were simply hired as the editor to bring a story to life.

Since shooting ratios on documentaries can be ridiculously high (sometimes 100:1 or even higher), staying organized is one of the number one ways that you can make your life easier throughout the editorial process. The vast majority of editors understand that it’s important to have an organized project file (with bins/shots/takes labelled appropriately of course), but in order to really stay on top of things the organization needs to extend beyond the project file.

Files and folders should be organized just as well on your hard drives as they are inside the project itself, in order to avoid offline media and workflow issues when sending your project out for sound/color/vfx. I also recommend organizing and logging all interviews as meticulously as possible (within your project) in order to streamline your process for recutting interview segments later on. For instance, you might want to add markers to sequences with sync’d interviews in them, and label each marker with the topic that the interviewee is speaking about. It will take some more legwork up front, but can save you hours and hours of sifting through footage later on.

Plan Ahead, Then Work from Instinct

Although it’s tempting to wait until you’re in the editing room to start to conceptualizing the exact edit and flow of the story, putting the legwork in before will pay dividends when you jump into the edit.

I always advocate for editors to work with the director and crew before shooting, to insure that the film is being shot with editing in mind. Similarly, the editor should then be able to go into the edit knowing exactly what the director’s vision. It’s typically not possible for the you (the editor) to be present for all the shooting, so let the director know what notes you would like on the shoot – the good takes, the blown takes, b-roll, etc. This will be immensely helpful when you start logging footage.

Based on how good the on-set notes are, and how much time is allotted for the edit, it’s often worthwhile to do a rough paper edit. Working with a director in this stage will make the edit go smoother, as you’ll have a clearer idea of their vision based on the footage that was captured (it’s also useful for knowing what still needs to be shot). Get those Post-It-Notes ready and map out a rough story structure.

Once you get into your editing app, there is no exact formula for cutting a documentary. One popular approach is to cut the bulk of interviews together first as a starting point and working out from there. If you’ve gone through the footage and one particular moment really sticks out to you – maybe consider cutting that first, and then working the other scenes around it (assuming it’s a pivotal moment). Or maybe you have a vision for a beautiful opening montage and are able to build out the first act completely sequentially by starting from square one. Tackle the material that speaks to you and inspires you the most and that will lead to further inspiration once you start hitting the next few scenes and sequences.

Get a First Cut Done Quickly

This is something that I always recommend whether I’m speaking to a narrative editor or a documentary editor, but I do feel that it is especially relevant in the context of a doc. If you’ve ever cut together a feature documentary before, you know very well that the final cut often looks nothing like the first cut.

Documentaries typically have far more revisions than narrative films, and since there is so much footage to pull from, each revision looks that much different. The point being that your first cut doesn’t need to be perfect, because it is going to change immensely anyways. I’m not recommending that you completely rush the process and overlook important story elements of course, but simply trying to put into perspective the fact that the first cut is really just a mould that you can start chiseling away at. It’s better to have that mould ready sooner than later so that you can tear it down, rebuild it, and do it all over again, as opposed to trying to make that first cut perfect and then becoming frustrated when it needs to get recut.

Even if you believe you can make a near-perfect first cut, your director, producer, sales agent, or whoever else might have a say in the process may very well feel differently. The best thing you can do is get through your first cut as quickly as possible (which by the way also forces you to work on your instincts), and then start refining things from there.