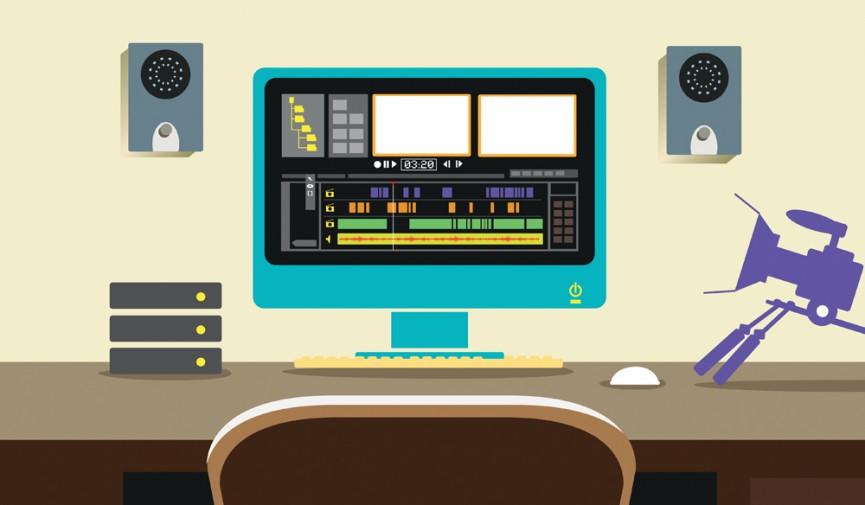 How to Pick the Perfect Demo Reel Music

Your demo reel deserves to stand apart from the crowd! Consider the following tips for finding and editing demo reel music.

Forget resumes. In the video production/motion design/filmmaking world, your demo reel is your calling card and ticket to new job opportunities. With hundreds (even thousands) of new reels uploaded to the web daily, how can you separate yourself from the rest?

Obviously your body of work must speak for itself, but the approach you take in editing the demo reel also holds importance.  Let’s dig deep into one aspect of this process: picking the right demo reel music and using it to successfully enhance your work.

As a testament to the importance of demo reel music, Pixar actually stresses this significance of music in their job postings:

For people interested in Editorial, we understand your reels will be longer in length and music/sound will play an important part in demonstrating your editorial ability.

Should your reel have solid music throughout? Multiple tracks? Do you need music at all? Let’s dig in.

In a previous post, I outlined 20 Tips for Creating a Successful Demo Reel, covering pointers on picking clips, formatting and distribution. Check it out if you’re interested in general demo reel tips!

Once you have clips selected for your reel, it’s time to start cutting them together on the timeline. An early consideration must be made: should you have music throughout or simply bookend your reel with a music track? This decision should largely be based on the type of work you do. Motion designers will likely find that a solid demo reel music throughout can drive the montage. However, director and DP reels may actually benefit from a bookended approach, especially if there’s dialogue.

That’s a big factor to consider: if you have dialogue in your clips, will the music work for each clip? In many cases, the same music track won’t work for multiple scenes, as the tone, pace and subject matter of each clip varies. It may go without saying, but if you do decide to use music under clips with dialogue, it’s important that those clips don’t have music of their own (two concurrent music tracks would surely clash). Instead, go back to the original edit of those projects, strip the music out, and export a dialogue only version. Then, when you put these clips in a reel, you’ll only have the demo reel music and dialogue of each clip.

If you’re not running music throughout, bookending your reel with a music track is an effective way to draw the viewer in at the start. Also, when it shows up again at the end of the reel (possibly under your logo or contact information) it “completes the cycle,” making the reel feel more cohesive.

Many video pros choose an upbeat and high-energy track for their reel (think: hip-hop, dubstep or electronic). In many cases, this is just what the reel needs, a strong pace and beat. It’s easy to cut to and can really drive the edit.

Another approach is to pick a demo reel music track that plays against the footage being shown. This creative choice is popular with video game trailers, such as this example that pairs a serene classical track against intense imagery:

When used effectively, finding a ‘contradictory’ track can make your reel more memorable… but this approach should be used cautiously. It has to be well-executed and the contrast must be clear to the viewer. If the track isn’t different enough, it won’t come across as a conscious creative decision.

Truthfully, most of the demo reels I’ve seen use copyright music… but this decision could be costly.

Using copyrighted music isn’t only unprofessional, it’s also illegal. Unless you pay to license a track for this usage, you’re violating copyright. This may be completely offputting to a potential employer (appearing a bit reckless and without regard for intellectual property). There are abundant options for using quality royalty free music tracks… leaving little reason to break the law.

Additionally, uploading demos reels with copyright music to popular video sharing sites will likely get you flagged. YouTube has been increasingly more aggressive on the use of copyright music in video uploads. They give the copyright owner the option of:

Blocking the video to make it unviewable, tracking the viewing statistics of the video, or adding advertisements to the video.

What good is a demo reel if you can’t share it?! For more info, check out our previous post on Getting Flagged on YouTube or Vimeo?

Lastly, copyrighted music is often overused in reels. Some popular commercial tracks have a catchy or creative vibe that simply lend themselves to demo reels. The result is that these same tracks appear over and over in reels. Take M83’s ‘Outro’ for example. It’s a great track, but is used all too often in demo reels (see examples below). There’s many popular commercial tracks that fall into the same trap.

Need music for your demo reel project? Have a listen! We’ve curated 1,000 of exclusive tracks for media projects.

Make your project stand out – use music to your advantage. Now, get to editing. Best of luck!