How To Raise Money For Your Indie Film

Raising money for an indie film is one of the most challenging parts of the filmmaking process. Below we will go over some realistic paths to getting your film made.

Every film is financed in it’s own unique way…there are an infinite amount of options available. Before getting into your financing possibilities, let’s first address some key creative elements that you’ll need to have in place before you look for money.

There are literally an infinite amount of ways that you could go about financing your film, but the vast majority of these options (at least the most feasible of them) begin with a really strong development process. The idea here is to package your upcoming film in a way that will make it irresistible to investors, no matter which particular type of investor or platform you’re going after. And the entire process really begins with the basic seed of your idea – the story.

I can’t stress enough how important it is to start out with a story that is marketable and relatable to the general public, because if you don’t have a story that interests people on a basic level, it doesn’t matter how good the rest of your development process goes. No one will invest.

This may sound basic, but we’ve all fallen into the trap of falling in love with an idea that isn’t marketable and realizing only when it’s too late that we should have tested it or refined it at a much earlier stage. So nip any story issues in the bud, and make sure you have an amazing, original idea and a tightly constructed log line to go along with it.

Once you have a rock solid story, you will of course need to flesh it out into a screenplay. And just like when you were developing your story, you’ll want to test the screenplay thoroughly and get lots of feedback before you sign off on a draft that you’re ready to submit.

While a lot of the other tasks you need to execute on during the development stage can happen in tandem, it’s important that you get the story and script just right before you move on. In other words, don’t do anything but focus on getting your story and screenplay to the best possible point, because without it you’re going to waste a lot of time developing an idea that isn’t optimal.

With your story and script in place, you now need to take a realistic look at your project and decide what you want out of it. What are your goals?

Is your goal to create a micro-budget film with 2 actors in a single location?

Do you aspire to make a epic with a dozen locations and some name talent?

There’s no right or wrong way to do this, but the key is to be truthful to the project, which will in turn help to guide your development and pre-production strategy. You only have so much time to develop your film if you don’t want to lose momentum, so make sure you use it wisely. For example if you are developing a found footage film, you might be better served by not wasting time trying to hire name talent, as your film might work better with no-name actors given the genre.

Know what you’re after early on and develop a budget that you can show to potential investors, because you’re going to need it!

So you have your story down, a great version of the script and have taken the necessary development steps to keep the momentum going strong. The next step is of course putting the money together.

Many filmmakers look for investors before having fleshed out their development process (as described above) and while this method may work on occasion, it is the exception, not the rule. Generally whoever you are pitching your project to will feel a lot more confident knowing that they are getting on board with a moving train that has a track record of putting in the necessary time needed to develop a story worth investing in.

Here are three different basic strategies for raising funding, broken down by the type of film you are producing: 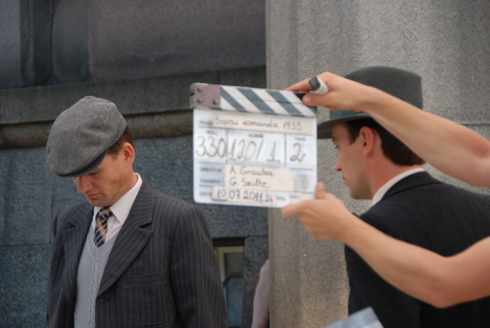 By no-budget I really mean no budget…or at the most a budget of $10k or under. First off, to actually pull off a great no-budget film you need an idea that works without a budget and doesn’t feel cheap. That said, no-budget doesn’t mean you don’t need investors – it just means that your investors aren’t giving you their money, they are giving you their time. For example, if you have a budget of $0, you are essentially asking your crew, talent, and locations to volunteer their time for your project.

The best way to think of this arrangement though, is not that they are volunteering, but rather that you are pitching them on investing their time. This might not be the answer you’re looking for, but I can tell you from experience that approaching crew members this way (and giving them back end points if you need to) will always give you better results in the end. You’ll wind up finding people that genuinely care about your project and are willing to go the extra mile when it counts.

The difference between having a crew that believes in your project and crew that doesn’t can make or break your film, so don’t underestimate the value of getting investment from your crew in the form of their time. 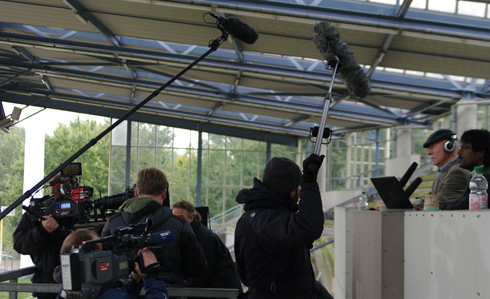 Everyone has a different dollar value for what ‘Micro-Budget’ really entails, but for the sake of this article let’s limit it at $40,000. Like the no-budget scenario above, if you are dealing with a micro-budget film you are going to be relying (at least to some degree) on invested time by your crew and location owners. However you have likely fallen into this category because there are some unavoidable costs that prevent you from going no-budget. You may need some critical location permits, that require you to have better insurance, or you may need to do some traveling and rent specialty gear for your shoot.

Whatever it may be though, my advice regarding your approach to raising the funds won’t really change. The idea here is that you primarily do your fundraising within your own extended network. Experienced film investors are rarely, if ever interested in investing in projects that are this small, so don’t waste time approaching the big guys (we’ll get to that in the next section). Rather, focus your energy on putting together smaller pieces of funding through your existing network. This means approaching family, friends, using crowd funding, and maybe even putting in some of your own money.

It may seem like $40,000 is a lot to get to, but raising $15,000 on Kickstarter is by no means unattainable if you have a good campaign. Filling in the rest from small investments of $1k to $5k will be easier than you think – especially if you have a really great package. The one caveat to this though, is I would recommend launching your Kickstarter toward the end of this process. Don’t do it too early on, or a lot of your family/friend investors will simply invest in the Kickstarter campaign to help you get going, and really your crowdfunding platform should be used to attract small investors that you wouldn’t normally be able to approach right off the bat. 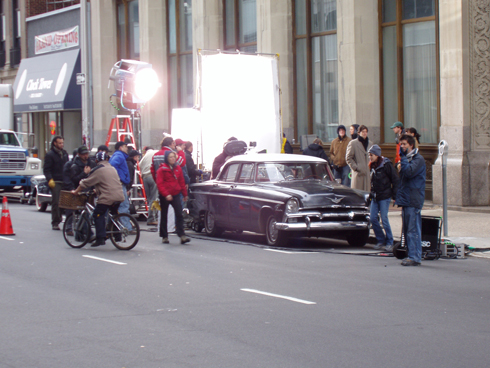 Again we need to set what a ‘Low Budget’ film really is, so for this article we’re going to assume that it means a budget of under $250,000. If you’re reading this article, this is probably the section you’re looking for as you may have already attempted to raise funds or look for volunteer crew as the above examples described.

When it comes down to raising a budget of this size though, you’re going to need to go to more experienced investors. You have the choice of either partnering up with a producer that can get it to the right people or going solo on it. I would highly recommend using a producer to help you raise the funds as you will save a lot of time and legwork this way.

To find the right producer, the key is all in the research. Sift through IMDbPro and look for films in the genre/budget range that yours falls into. Then contact their producers with your pitch package. You may very well get some interest early on. This is especially the case if you’ve managed to attach some name talent to your project.

You might feel like you can’t book talent without money (which is true), but you can at least get talent interested in the project. You just need to have a really good script and think creatively about how to get them on board. For example, you are probably better off approaching talent through their PR rep than you would be going through their agent. The PR rep isn’t only thinking about how much money the actor will make on this one project (as the agent is) but also about what is best for the clients career. Maybe doing your film will lead to another project that they had their mind set on. Point being, if you’re armed with a fantastic script you can attract talent – especially if you’re willing to do the grunt work. And if you have talent you will be able to attract a producer with access to more talent, financing, and other resources that will help you throughout the process.

If you’re going solo on this and want to raise the funds without another producer on board, you also have the option of sending packages to various film financing companies, private investors, and grant programs. There are far too many companies/programs to list here, but do some homework and research on this, and you are bound to find lots of approachable investors and investment companies that are worth pursuing with your package. From there, it’s up to them to decide whether or not they want to commit to your film, so hopefully you followed my advice early on and created a great package.

No matter what the size of your project is, the most critical step is the first – getting a perfect story and script ready. It’s the first thing you’ll be asked for when approaching anyone from a volunteer crew member to an established producer, so make sure you get it right.

Once you have your script in great shape you can realistically assess which budget range your film falls into. If it can be done on no-budget, then go for it by all means. But make sure you still think of your crew as investors and even create a phantom budget of what you should have spent if they had all charged their normal rates.

If your project is micro-budget in size you don’t need to waste time going after larger scale investors, as they unfortunately won’t likely see value in a project of this scale. Go after people in your inner circle and use crow funding to your advantage.

And if you need some real money to make your low-budget film happen, then do everything in your power to attract name talent to the project and leverage that for a deal with a producer or investor/investment company.

You have plenty of options and there is no direct path to securing funding, but if you’re willing to pound the pavement and be honest with yourself about what your project needs, then the sky is the limit.