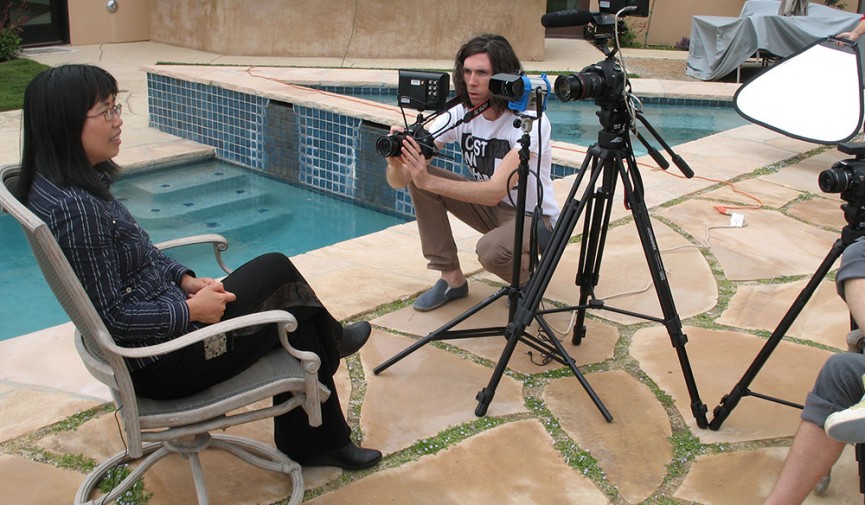 How to Shoot Gorgeous Documentary Interviews

Beautifully shot documentary interviews are vital to your film’s success. Get the best footage possible with these tips.

Years ago, most documentaries were synonymous with lower production quality, and were typically shot on lower end video cameras and with less involved setups. There were, of course, those documentaries that went against the grain and strived for higher production value, but they were few and far between.

Over the last 5 – 10 years though, that has changed. The average documentary now looks just as good as many narrative films. This is largely thanks to the fact that documentary shooters are able to have access to some of the same cinematic tools as narrative filmmakers, but also because the documentary genre in general has been morphing. 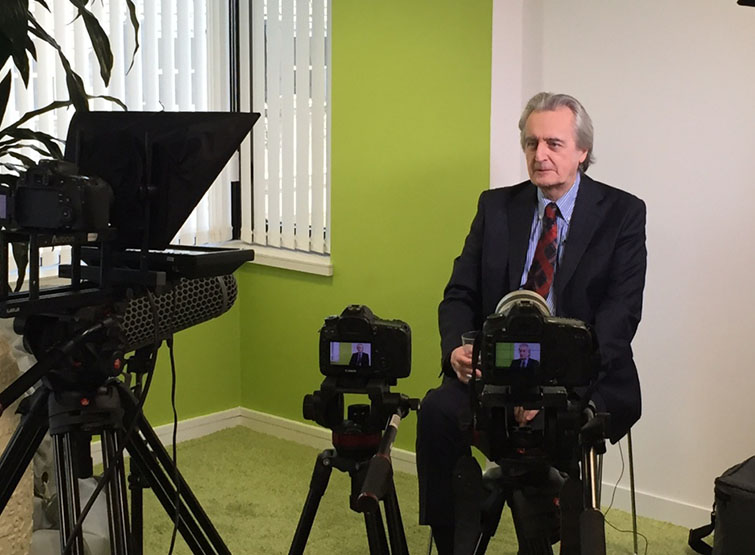 The point is – if you are setting out to shoot a documentary today, the bar has been raised. To secure distribution, you are going to want to deliver the best creative product across the board, and one of the most important components to consider are your documentary interviews.

There are many ways you can increase production value on a doc, but for the purposes of this article I want to focus on interview footage. Interviews in many documentaries account for 50% of the overall screen time, and they are also one of the few environments on any doc shoot where you have a lot of creative control. For those reasons and more, you want to maximize the quality and substance of your interviews. Below, I’ve listed three simple ways that you can increase the quality of your interviews. 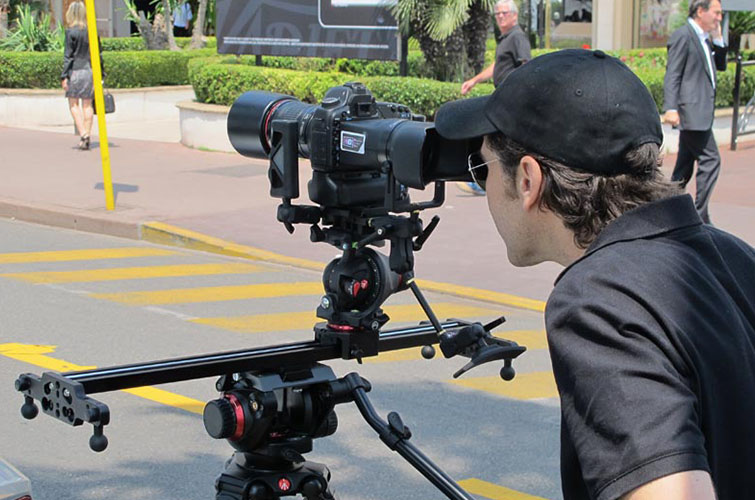 Sliders are your best friend when it comes to documentary interviews. We’ve all watched documentaries where the interview footage was just dull, and more often than not the root problem of those interviews comes down to camera movement. Even a well-composed and well-lit shot will only sustain the average viewer’s attention for so long, which is why most interviews are covered up heavily with b-roll.

That said, there are times when you want to linger on an interview and really see the person as they are speaking – especially in more emotional moments. This can make things tricky in the editing room, as you end up having to decide between cutting away to b-roll to make things more visually interesting or staying on the interview shot, but losing momentum in the pacing. This is where sliders come in. Here’s a quick video from lynda.com that covers using a slider.

The most subtle slider move during an interview can make a world of difference. You don’t need to have a massive dolly, or a really obvious move for this technique to work. In fact it’s better if you don’t. Ideally, you want to have a very slow slider move that is just barely noticeable so that viewers are continually drawn in to the footage, but aren’t distracted by the camera move.

In order to execute this technique well, you will likely want an assistant there to operate the slider for you so that you can still conduct your interview effectively. Alternatively, there are now several motorized and automated sliders from companies like Redrock Micro that allow you to automate the process.

I am normally against the idea of shooting in 4K so that you can reframe your shots in post, but there are exceptions to every rule – documentary interviews being one of them. In some ways, I can be a purist when it comes to shooting. I very much like to approach digital cinematography in the same way that I would approach film. That means that every shot is composed in camera the way that I intend it to look in the final product, and I am not simply shooting with the intention that everything will change in the editing room.

Unless absolutely necessary, I typically don’t punch in on 4K footage to change my framing later on for this very reason. Working this way helps not only creatively, but technically as well since the maximum amount of resolution is always retained in the final product. 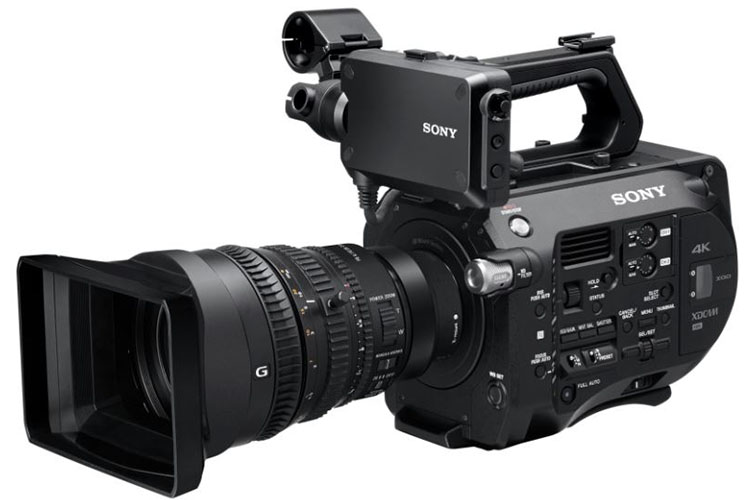 With all that said though, interviews can be treated differently since the editorial process calls for a different approach. While editing a documentary interview, there will be times when you desperately need a cutting point but simply don’t have one. If you shot your footage in 4K, then you have solved that problem by being able to push in on your 4K shot after the cut point, so that it feels like you are cutting to a tighter angle. So even though 4K may still be overkill for many productions, you might still want to shoot your interviews this way to keep your options open in post. 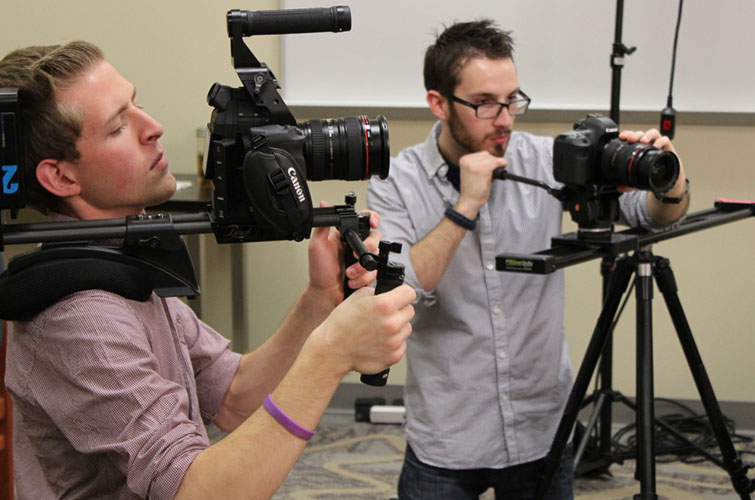 Building off of my previous point, another really great method for keeping your options open in the editing room involves shooting with two cameras. Depending on who you’re interviewing and how comfortable they may be on camera, you may need to do a lot of editing to make their interview feel for cohesive and fluid.

For instance, if the interviewee says a lot of “Ums”, you are going to want to have the ability to cut away whenever possible so that it doesn’t distract the viewer. You could use the 4K punch in method as I described above, but an even better alternative is having a second camera angle to cut to. 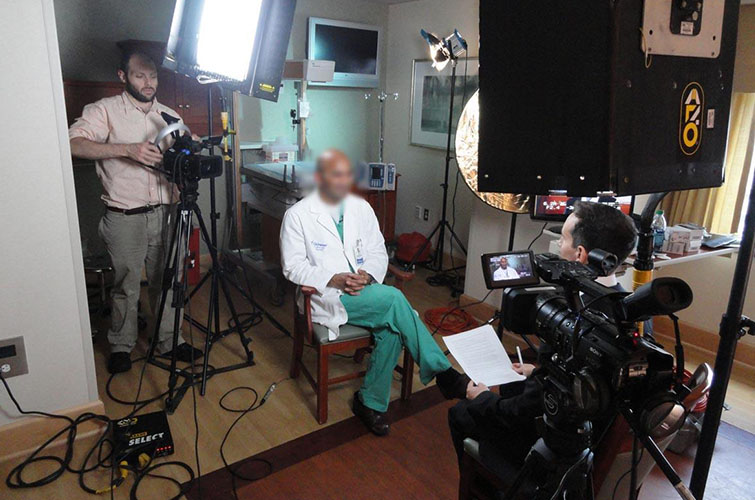 Most often, a second camera during an interview setup will be placed at a 45 degree angle to the talent to capture an entirely different look. Profile shots can also work really well too, depending on the aesthetic you are going for, as can a tighter framed shot… But all that really matters is that your shot is different enough from your A-camera that the cuts aren’t distracting.

Keep in mind that depending on how you are going to setup your shots, and whether or not a slider is involved, you may also need another camera operator too. Here’s a video from The Slanted Lens that touches on some of the above interview tips and more.

Here are a few articles from PremiumBeat that cover different aspects of working on a documentary. Enjoy.

Got any good advice for documentary filmmakers? Share it in the comments section below!