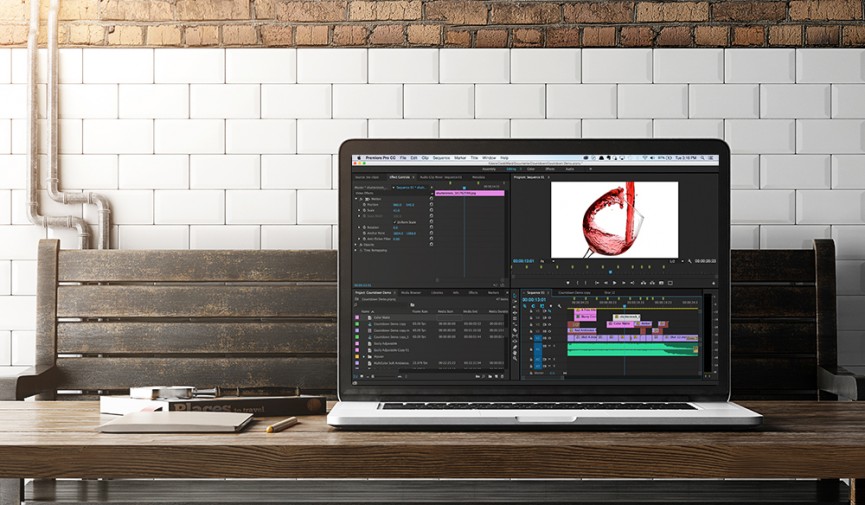 Slow motion footage looks beautiful when shot properly, but making any of these five common mistakes while shooting can completely ruin your final product.

Practically every filmmaker has dabbled in slow motion cinematography to some extent, often on commercial or music video shoots that call for a highly stylized look. The slow motion trend has only increased in recent years as the demand for overcranked footage has gone up, and more cameras than ever now have slow-mo capabilities.

Unfortunately, capturing perfect slow motion footage takes a lot more effort than just changing your frame rate in camera. So if you’re considering shooting slow motion on your next project and don’t yet have much experience in this area, be very careful not to make any of the common mistakes listed below.

This is probably the most common trap that filmmakers fall into when shooting slow motion. Much like shooting at any other frame rate, the 180-degree shutter rule applies here — meaning your shutter speed needs to be double that of your frame rate. Many filmmakers forget to switch their shutter speed from 1/50 (when shooting 24p) to a higher setting (such as 1/125 when shooting 60p) and wind up with unusable footage. When this type of improperly shot slow motion footage is played back at regular speed, it will have a strange slow-shutter ghosting effect that will certainly make you want to scrap those clips in the editing room.

Since higher frame rates call for higher shutter speeds, naturally your exposure is going to take a hit as a result of the increase in shutter. This means that the lighting kit you have on set that might be good enough for your interior night-time scenes at 24p won’t necessarily be strong enough for your 120fps footage. It’s crucial that you plan diligently before any slow motion shoot so that you’re aware of your lighting requirements — otherwise you may end up with severely underexposed footage.

Another big consideration when it comes to lighting is the issue of light flicker. Some types of lights (such as lower-quality LED panels) have a tendency to flicker, and this flicker effect can become very pronounced when slowed down. I’ve personally been burned by this once myself, and quickly learned to always record a test clip when lighting my scenes to ensure that the lights and/or power sources being used aren’t causing any flicker issues.

Many filmmakers are so eager to shoot slow motion footage that they immediately jump at the opportunity to shoot at the highest frame rate possible. But just because your camera can shoot at 240fps, doesn’t mean you should shoot at such a high frame rate. This type of ultra slow motion footage can look very cool, and certainly has its place in the filmmaking world — but it’s a very extreme look, and one that’s probably not suitable for most projects.

And while you might be thinking that you can always adjust the speed in post so that your 240fps footage isn’t slowed down so dramatically, this won’t always work. Assuming you’ve followed the 180-degree shutter rule, your shots won’t look right from a technical perspective unless they’re slowed all the way down — so always choose your frame rates purposefully.

5. Overusing Slow Motion in the Edit

Not all slow motion mistakes are made on set — many can be made in the editing room. If your project isn’t using slow motion for every single shot (for a very specific stylistic look), remember that less is more. Many filmmakers have a tendency to overuse their slow motion shots simply because they look great, even if they take away from the pacing or fluidity of their story. Be careful not to overuse your slow motion material — and always aim to leave your audience wanting more.