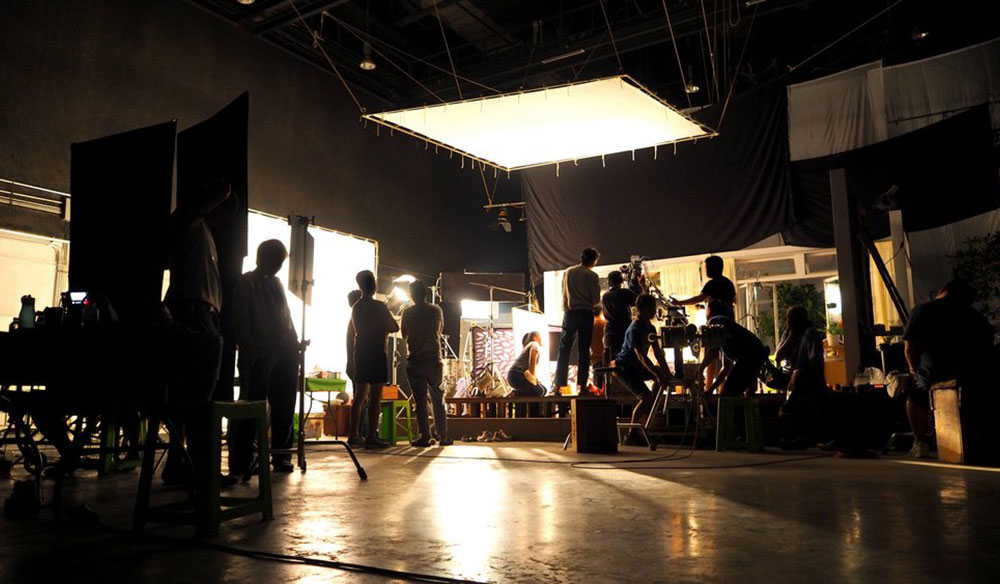 7 Ways to Stay Safe and Avoid Injuries on Video Projects

Here are seven tips to keep in mind while on set to avoid injury — or developing unsafe and unsustainable filmmaking habits.

I remember one of the very first professional video shoots I ever went on. It was right out of college, at the start of a short internship with a local production company. I’d never been on a “real” production set — one that wasn’t just film school friends experimenting with their cameras and gear. There were tons of people involved, and everyone knew what they were doing at any given time. They also took a great deal of care in every aspect of the production.

I noticed that, despite their careful intentions, stress and injuries can still happen, even on the most safe and professional sets. One of the company’s principal partners, who only showed up to bring an extra camera and tripod over lunch, pulled a muscle in his back as he ran up the stairs of the office building of the shoot. He was out of breath and in pain as he dropped off the gear and left — swearing at himself for not being more careful.

The lesson for me — as it should be for you and anyone in the industry — is that if you want to make this a lasting career, you’ll have to find ways to be extra careful about staying safe and avoiding unnecessary stress injuries.

I know that when you’re first starting off in the film and video profession, it might feel like it’s an industry that necessitates constantly working at a blistering pace. And, while we’re not here to tell you to slow your roll or ease up on your grind (because sometimes that’s exactly the mentality it takes to break in), the following is a helpful guide to keeping cool and staying injury-free. 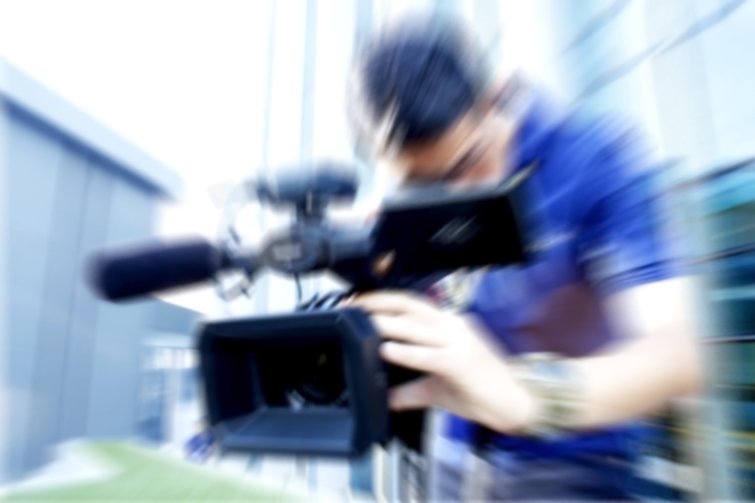 I’d say the biggest cause for injuries in this profession comes from people who are simply trying to do too much at once. This doesn’t mean you can’t work hard or fast; it does mean that you should always be aware of yourself and your limitations on set. Yes, you could manage an A-Cam and B-Cam at the same time, but not if they’re thirty feet apart and the space between them is full of boxes and wires and gear. You might want to keep those two cameras closer and make sure the space between them has a direct (and lit) path that you can safely traverse.

It means finding creative and pragmatic solutions — in every situation — where you feel comfortable and safe in your ability to perform at your highest and most productive level.

2. The Importance of Roles and a Crew

This can be hard for filmmakers like myself who’ve made a career, at times, out of taking on “one-man band” or “Shreditor — solo shooter, producer, editor”-type projects. But, often the reasons for having a crew aren’t based in vanity or unnecessary perfectionism, it’s because it’s a safer, more controlled option.

When you’re focusing on everything at once, as far as production goes (getting the camera set up, fixing the lighting, testing the audio, managing the client, etc.), safety can quickly take a backseat to more immediate concerns. That’s why having specific roles (the DP focuses on the camera and composition, the gaffer works on the lighting with the DP, the sound engineer keeps tabs on the audio levels, and the producer handles the clients) is essential.

3. Use Carts and Dollies for Gear 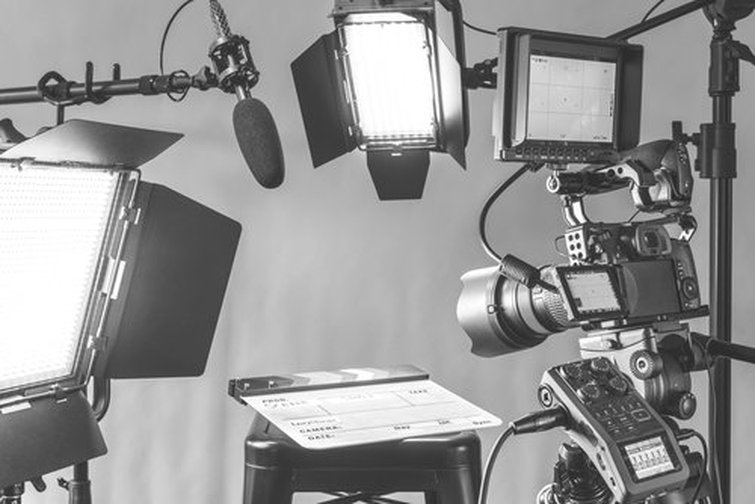 As the production value of shoots increases, so does the size and amount of gear. When you’re just starting out with small cameras, you’ll often have small tripods and lighting setups, etc. But, as you start working with higher-quality cinema cameras and setups, the bulkiness of the industry-standard gear can quickly become too much to handle, by ordinary methods.

I highly suggest that when you begin taking several trips to load in gear, it’s time to invest in either carts or dollies. Many production companies have dedicated trucks that include these further transportation tools, just for that purpose. It makes moving a lot of gear at once more viable, and it also saves you from putting all that weight on your back or shoulders, every time.

4. Always Take the Elevator over the Stairs

This was also a lesson I quickly learned on Day One. Often, when working in corporate and commercial video, you’ll find yourself shooting on-location in offices and high-rise buildings. Yes, taking the stairs over an elevator for personal reasons may mean better fitness and more steps in a day, but when you’re carrying cameras or gear, it also means unnecessary risks.

In addition, it puts the gear you’re carrying at risk. For example, it should be a hard and fast rule that (unless a shot calls for it) you should never run when carrying an expensive camera. Well, that should be doubly true when you’re taking said camera up a flight of stairs. Don’t risk it. Be safe. Always take the elevator.

5. Tape Down Those Pesky Wires 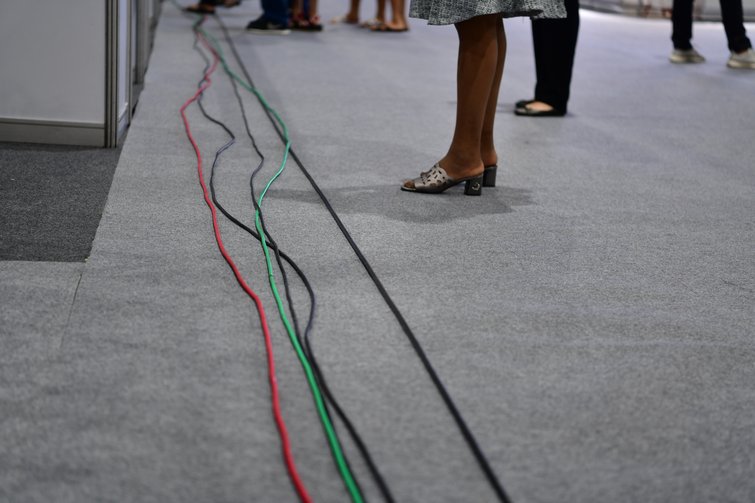 If you talk to any video professional who’s been in the industry for awhile, they’ll tell you that the highest number of accidents on shoots comes from tripping. And the number one cause of tripping is always loose wires. They’re like tumbleweeds that seem to move around, always finding a way to snag you.

Taping down wires should absolutely be a part of your setup. Gaff tape works great. And don’t skimp on it (it’s not cheap, but in the grand scheme of things, it’s inexpensive compared to what an injury would cost). Do it every five to ten feet, if you have to. Just make sure wires are safely out of the way.

Insurance shouldn’t be considered a luxury, it should be a necessity. Insuring your production and your cameras and gear not only protects you in case of injuries or accidents (to an extent), it grants you peace of mind in perilous situations.

If a C-stand holding a light high in the air starts to fall, it could mean a good deal of damage to the light and the gear. However, if you’re worried about that damage and, as a result, have yourself or a crew member dive heroically to save it, the potential for physical injury is even worse.

7. Set and Keep a Responsible Schedule 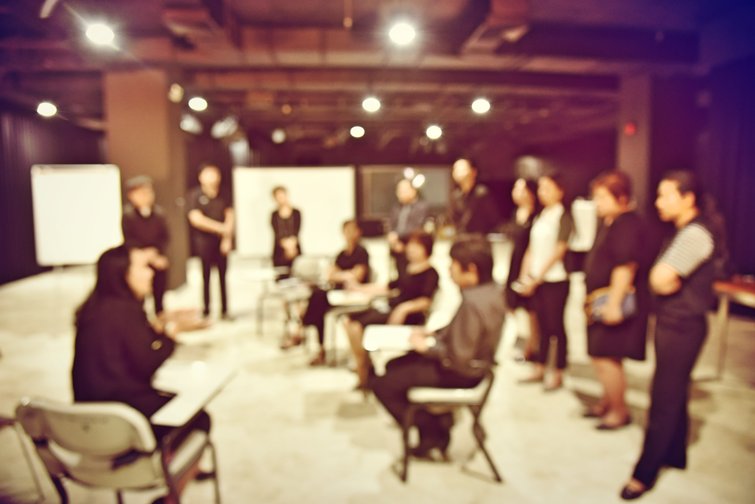 And finally, perhaps the greatest way to avoid injuries and stress, in general, is to make sure you set and maintain a responsible schedule. This allows you to devote the time you need to getting things done at a safe and reasonable pace. That means allotting at least an hour or two, on the schedule, for both setup and takedown on a shoot.

For more production tips and advice, check out these articles.