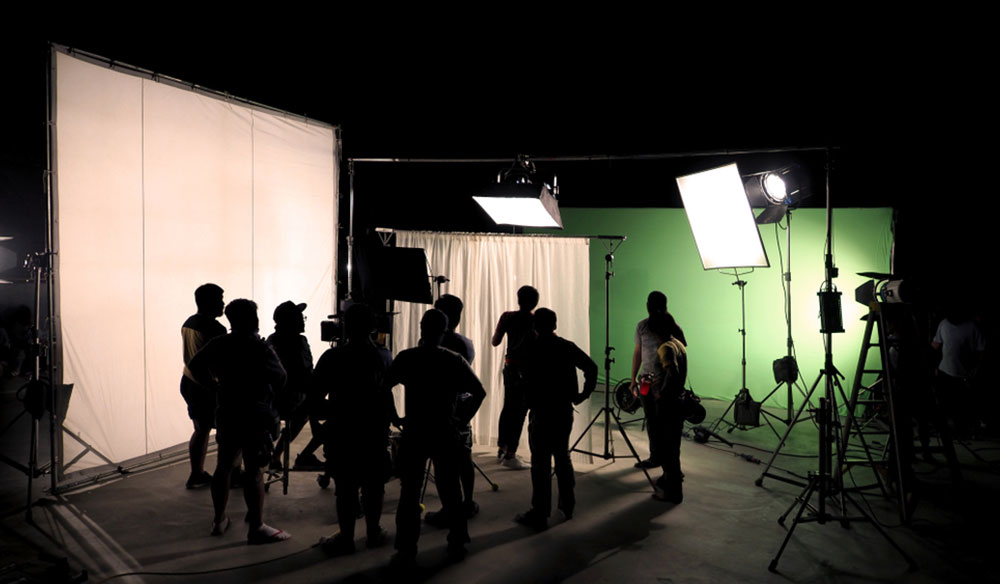 The Four Most Dangerous and Avoidable Accidents on a Film Set

Filmmaking is all about pushing limits; however, failure to consider risks can cause injuries. Here are the most important safety concerns to keep in mind.

As wonderful as your screenplay or viral video idea is, it’s not worth an injury. Yet, every year, dozens of people become seriously injured by accidents on set. Most of the time, these are preventable injuries caused by negligence and ignorance. An injury can not only derail your shoot, it can also end your career.

Filmmaking engenders a kind of optimism and craziness where it seems that normal rules don’t apply. The entire industry is based on crazy new stunts no-one has seen before. So, it’s not surprising that dangerous situations arise.

If you’re the director or producer, it’s critical that you establish that safety comes first because, without it, everything you’ve built is at risk.

Let’s take a look at the biggest dangers — and how to avoid them.

I’ve put this first because it’s the most common mistake — and probably where most injuries occur. Setting up a C-stand is something people do on their first day on a film set. As a result, it’s taken for granted that it’s an elementary skill. You don’t need to add any lights or grip to a C-stand to make it dangerous — it’s already capable of killing or maiming someone. If the knuckle isn’t sighted fully, or if the arm is on the wrong side, it will loosen with weight and come crashing down. Most C-stand injuries occur when someone goes to move them, and they’re not aware how much weight or torque is involved.

Never remove a sandbag from a C-stand until you know why it’s there. Don’t try and shift a C-stand or light stand that is plugged in or extended.

Anytime you’re putting lights (or other equipment) above waist level, you need to maintain a margin of safety. Only people who understand grip should be putting things up and taking them down. It’s up to you to make sure every tool on set, not just the camera, gets handled by people trained in using that particular tool.

It’s no surprise that power is next on this list. You cannot make a film without light, and there is no light without power. However, with the advent of LEDs, lights have become cooler and safer, which also means that more filmmakers are acting as their own gaffers without proper training. 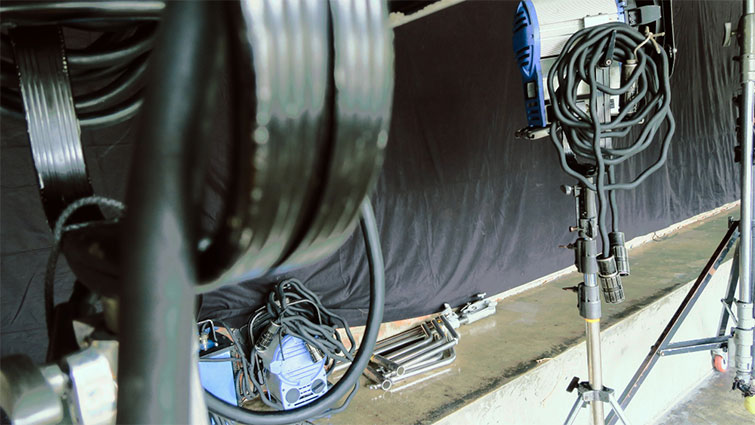 A common way to get zapped on set is by damaged equipment — lights that have been treated too roughly and wires that have become exposed. Unprotected extension cords driven over by a scissor lift will electrocute the next person who touches them. Power is deadly, and unless you know what you’re doing, don’t mess with it.

Researching this video, I found an article in the Los Angeles Times that outlined 205 production accidents in Hollywood from 1990 to 2014. By far, the most common cause was a fall. Falling off a ladder, a scissor lift, a scaffold, or a rooftop: unfortunately, these accidents occur more often than they should. People exercise caution in their daily lives, yet on set, if people are waiting or if something’s running behind schedule, people take chances they normally wouldn’t and end up injured.

Treat climbing as a two-person job. Have someone spot you (or act as the spotter yourself), and don’t try to access something with the wrong tool. If you can’t reach it from a ladder, go find a longer ladder or find another way to access what you need. Balancing on your tip toes while trying to rig a heavy light is a great way to fall and spend the rest of the shoot in a cast.

The last thing I want to talk about is probably a factor in every film set injury: fatigue. Long hours dull our senses and impair our abilities to assess risks.

When people lack sleep, or just some much-needed downtime, they become an injury waiting to happen. Many fatigue-related injuries don’t get reported because they occur on the way home from a shoot.

As filmmakers, we have to get over the idea that not getting sleep and working in a daze is somehow part of the job. You can only be a creative problem solver — and maintain a safe work environment — when you’re rested. It’s up to us to stand up to the producer when we’re pushing the limits.

Filmmaking is a long game. The only way we can make the films we want to make, and follow our dreams as storytellers, is by working for decades at what we love. This means taking care of ourselves, and those around us, so we can reach our full potential.

So make it an objective to be safe out there!

Looking for more articles on the film and video industry? Check these out.