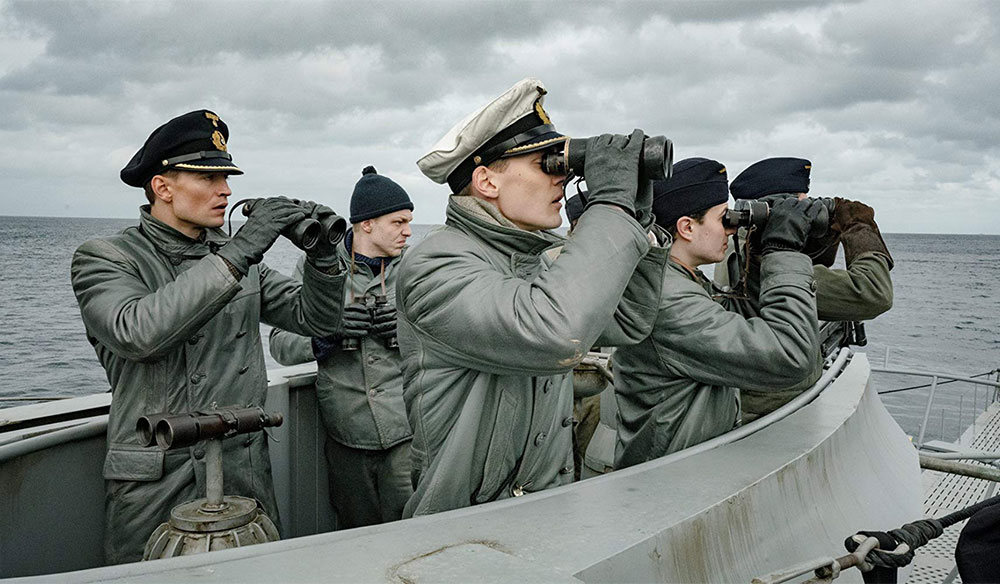 We interviewed Das Boot’s composer, Matthias Weber, on his approach to the sequel to Wolfgang Petersen’s iconic 1981 feature film. 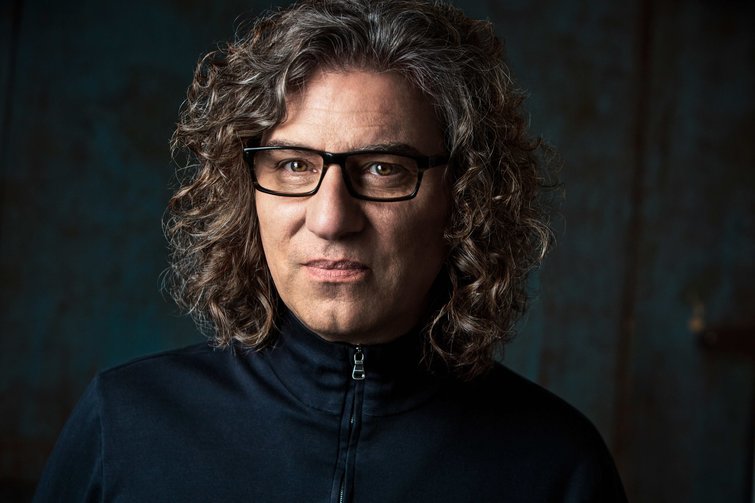 PremiumBeat: Matthias, you worked on the pilots for both The Sopranos and The Good Wife. It must be thrilling, and daunting, to determine the sound of something that is in the mere infant stage artistically. What is the process for you when working on a pilot episode?

Matthias Weber: Regarding The Sopranos, I have to clarify that there was no permanent composer working on the show. They wanted to be different and work exclusively with songs — a really fresh musical approach. I created some custom tracks for the show: Cathy Dayak, the music editor and music supervisor, called me a few times when they needed something specific. One track I created was an opera track, another one I remember was a textural suspense track.

For The Good Wife, though, I did score the original pilot. I say “original” because there is usually a pilot episode that is created for the network to decide whether they want to do the show or not. If they green light the show, the actual pilot episode gets produced, often times with a completely new crew. In this case, I was brought on board by the English director Charles McDougall. Unlike in movies, where the director usually picks the composer, in TV, the executive producer/showrunner gets to pick. It is a highly political process, sometimes you win, sometimes you lose. On this one, I lost.

I approach a pilot episode like I approach any other project and ask myself What does the story need? Who are the characters? What musical colors and themes would help tell the story? The difference, compared to other formats, is that there is even less time to think about it and experiment. The moment you get a rough cut and you start working on it, that rough cut is being recut and changed at the same time, sometimes more, sometimes less drastically, so you are always behind. It gets so beyond crazy that it is fun again. I remember everyone being happy with my musical approach, so it did inform the actual score. 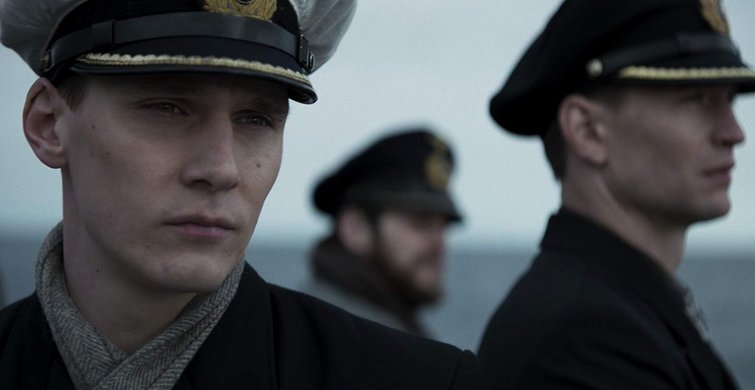 PB: Wolfgang Peterson’s Das Boot is a haunting, classic 1981 anti-war film. You recently scored the Hulu eight-hour mini-series sequel to that iconic film. What about the current world climate do you think motivated this project, happening thirty-seven years after it was first produced? Any obligation to approach the score with a nod to the original film, or were their alternative influences when crafting the score?

MW: With politics seemingly going down the extreme right-wing drain all over the world, and Nazis popping up left and right, it probably seemed like an appropriate time to bring back the horror of fascism and everything that comes with it. The biggest challenge in my musical approach was if and how to incorporate Klaus Doldinger’s legendary theme from the original movie. Andreas Prochaska, our director, was initially against using it to avoid any association and expectation on the audience’s part, regarding the Peterson version. Once you hear the theme, you want to see Prochnow and the rest of his crew. Another reason why he was hesitant is the fact that Doldinger’s theme is a long theme with a lot of notes. And as brilliant as it is, when I work with Andreas, we usually go the minimalist route. We try to avoid long, melodic musical statements. We like to stay a bit more abstract, more ambiguous. The more melodic the music gets, the more it makes clear statements that tell the audience what to think. There is a place for that and we do it, but only when we really feel it is right and appropriate.

I spend a lot of time trying to create interesting textures and soundscapes, be it from electronic sources or from organic sources that I manipulate and process later. Sometimes, I record an instrument or a whole orchestra and pitch it down, slow it way down, reverse it, process it with effects, etc. This way we create these atmospheric, often unidentifiable, living and breathing drones that put the audience in a mood, but leave them the freedom to feel and think for themselves. In addition to these sustained tonal and atonal qualities, I create a lot of pulsating, rhythmic elements that propel the story forward and give it energy.

Das Boot is full with these textures and pulses, staying true to the Prochaska/Weber style. Unlike Andreas, the producers really wanted to use the original theme, because it is so iconic and famous. My solution was to use only fragments of Klaus’s main theme. For instance, in the main title, I juxtapose two short quotes of Doldinger with one of my main melodic ideas — a simple piano theme. The whole thing is embedded in metallic musical sound design and an underlying bass pulse that pays homage to the analogue synth bass lines of the ’80s. Similar to what Doldinger did, just updated.

For the most dramatic moments in the show, I use a big string orchestra in combination with my main electronic instrument, the Continuum Fingerboard. Combining analog and digital into a (hopefully) interesting and different collage of sounds. 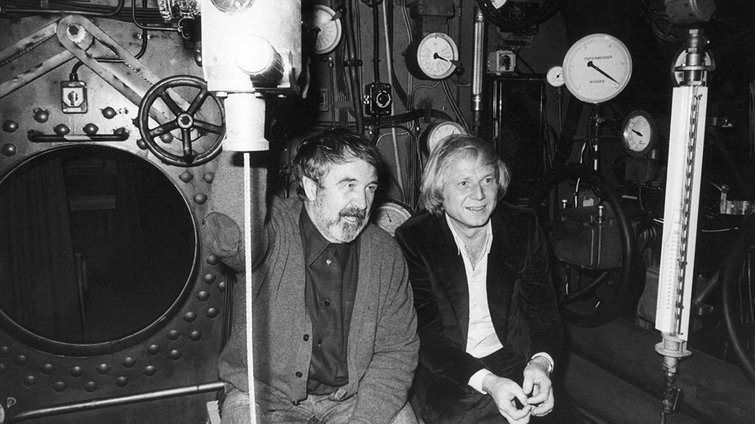 Wolfgang Petersen and author Lothar-Günther Buchheim on the set of Das Boot, 1979.

PB: Is crafting the musically emotional journey of material different with a limited mini-series vs. episodic, over multiple seasons?

MW: Like I mentioned earlier, I treat every format pretty much the same way, asking myself what musical colors will work for the story, the characters, the time it takes place, the location. Of course, the more installments there are, the more there is a chance that additional new, thematic material is needed.

PB: Do you find inspiration presents itself in multiple ways, or do you have a set way of working on a new score?

MW: I have a big group of filmmakers, directors, and producers, who I have worked with repeatedly over the years. They involve me early on in the process. They send me scripts before they start shooting. Whenever I read a script, ideas pop into my head right away, and I start experimenting with musical colors and motifs. More often than not, these early ideas work quite well for the early versions of a cut. That way, we can avoid using temp music — meaning music from other composers — usually from other movies. That temporary music tends to get stuck in the filmmakers’ heads and, often times, it is hard to get musical ideas across that are not based on that music, in one way or another.

When I work with new directors, most of the time I get a picture that is close to being locked, and most of the time there will be temp music. In that case, it is almost impossible to mute the temp music and pretend to start from scratch, with a clean slate. Not my preferred way of working. I am a bit spoiled, I have to admit. On the other hand, temp tracks can be very helpful, especially when working with new people I have never worked with. It is hard to talk about music. When there is something already there, it helps to discuss what works and what doesn’t.

PB: Any general (or specific) advice for young composers who want to be working in film and/or television?

MW: What has worked for me, and for many other composers, is finding established composers to work for and gain experience that way. The Society of Composers and Lyricists (and other organizations) have internship programs, for instance. Another way is to approach music editors, music supervisors, and picture editors. If you can get them to listen to your music, and if they like it, they might be able to help. If you are in school (or not) try to hook up with young filmmakers and score their student films. Create relationships. Go where film people hang out — film festivals, premieres, industry panels.

Musically, I think it is good to listen to as much music, in as many different styles, as possible. Especially non-film music. Find out what everybody else is doing, and then do it your way. Don’t forget to have fun!