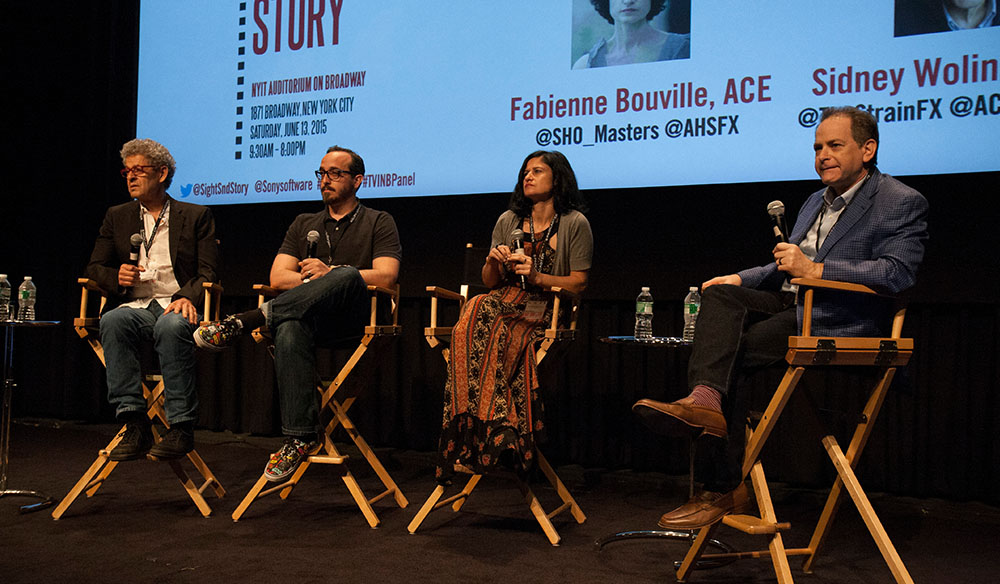 Three top television editors sat on an insightful panel at this year’s Sight, Sound and Story in NYC. Here’s a bit of what was discussed. 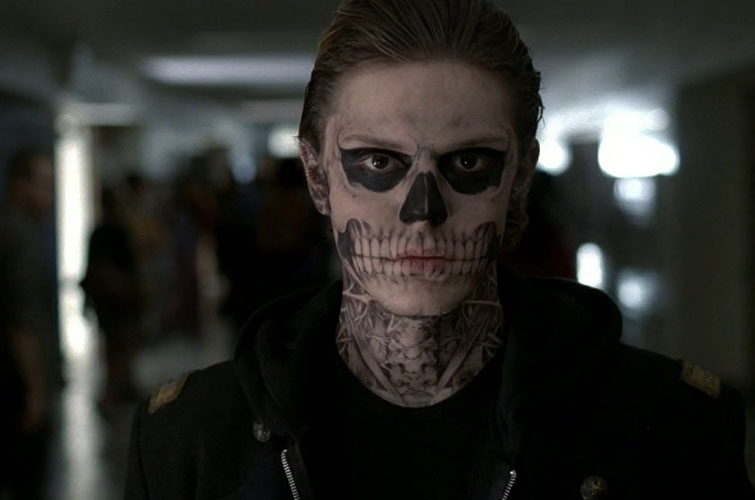 The State of the Television Industry

Fabienne: The quality of shows has gotten a lot better, but because there’s this pressure on films to want to please everybody, in TV you can find a niche more easily. The format of TV is more conducive to really digging into characters, so that’s super appealing.

Sidney: The change in subject matter is one of the factors. People’s tastes have changed, the tolerance for obscenity or sex has changed over the years. Movies have gotten, in general, less interesting. It feels like there are fewer movies about people and more about superheroes. And television is doing things with the former where you can really relate to it.

Michael: Is binge watching a good or bad thing?

Sidney: I don’t know if I’d sit there for twelve hours watching an entire season, but it’s nice to see two shows in a row. A season is essentially one long feature film, and it’s interesting to be able to start and stop it, like a book, rather than having to wait the next week for the next installment.

Sidney: The networks are now following. NBC has a show called Aquarius where they released all twelve episodes at the same time on demand. I thought that was amazing.

Jesse: I was happy that House of Cards was released all at once. Some of the storylines and character names, if you weren’t binge watching, it became confusing if you stepped away from it. It was hard to get back into it. I feel like I already was binge watching. I think the networks caught up to us.

Sidney: As far as the workflow for editors, if they’re putting all twelve episodes up at once, it means you’re not working against air dates. With something like a Netflix show, it gives you a lot more time in the cutting room, often with the director. They don’t kick the director out after four days, which is the Director’s Guild time allotment. They often give you longer to put your cut together before you show the director. The producer will also typically take longer to work on the show and ultimately get a better product.

Michael: On those network shows where you’re racing on air dates, they catch up to you over the course of the season. So later in the season the air dates get closer and closer, and you’re rushing like crazy by the end.

Sidney: The producers often don’t understand the value of time. I heard years ago an editor say, ‘the idea you get on day 16 you just can’t get on day 2.’ Your ideas evolve as you’re working on a show, and if you have enough time you can get those ideas but if you don’t, you work with the ideas you get in that short period of time.

Michael then showed some of Jesse’s (pictured below) work on Sesame Street and asked him to comment. 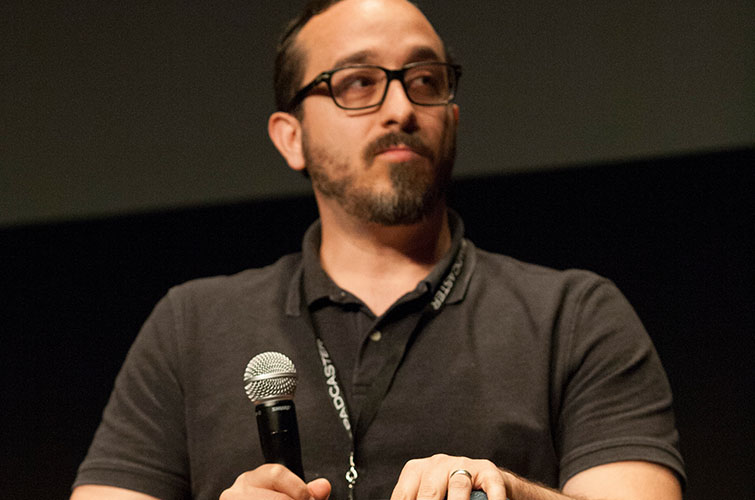 Jesse: One of the goals Sesame Street has is co-viewership. It’s educational, understandable and enjoyable for kids but then the parent who’s watching with them can also enjoy it. The pieces shot on the Sesame Street set use three to four camera multicam, in a kind of sitcom style. Those shoot live and then I’ll get the dailies and cut them back at Sesame Workshop. But more and more as pieces are intended to be a certain length or as they’re getting more complicated in shooting, they’re bringing me into the control room to live cut to discover issues, to see if things are working, but also to make sure they’re coming in to the time they were trying to achieve.

The cut I edit live is the first pass, cut #1. It has timecode that matches back to all the HDCAM tapes. After that day the director can go back to look at things and start to do some of the massaging without being able to pick the angles. It gets pretty close. 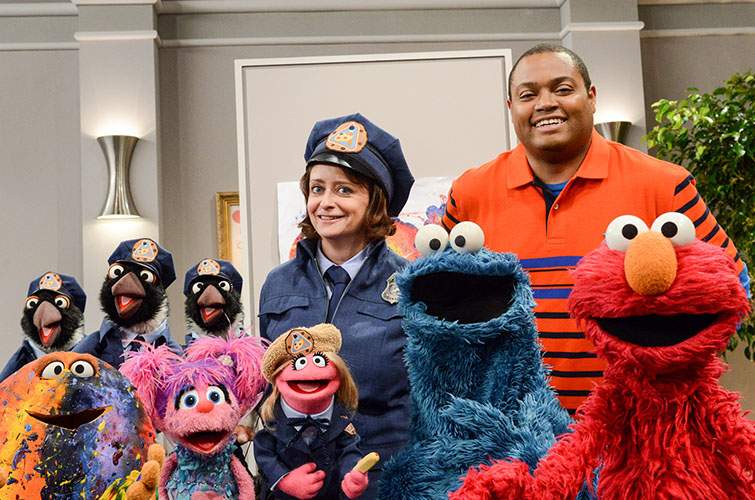 Whoever’s performing the Muppet also voices the Muppet. We really do treat it as it should, as an actor’s performance. We deal with the ‘lip flaps’ not syncing up from time to time, but those performers are so outstanding. What we’re seeing is the tip of the iceberg, what’s actually caught on camera. Below the screen is a huge choreography. Simple things that we’d take for granted like drinking a glass of water or playing catch are incredibly complicated. Some Muppets have more than one person on them to achieve that.

I do almost all of the finishing except for the 3D backgrounds. I spend a good third of my year in After Effects. Sometimes there’s a character whose skin or fur is blue, so he has to be shot on a greenscreen, and the opposite is true for a green character. They can only use one screen at once, so in those scenarios they perform against previous takes with the other characters in order to create one performance.

Next, several clips from Fabienne (pictured below) were shown. 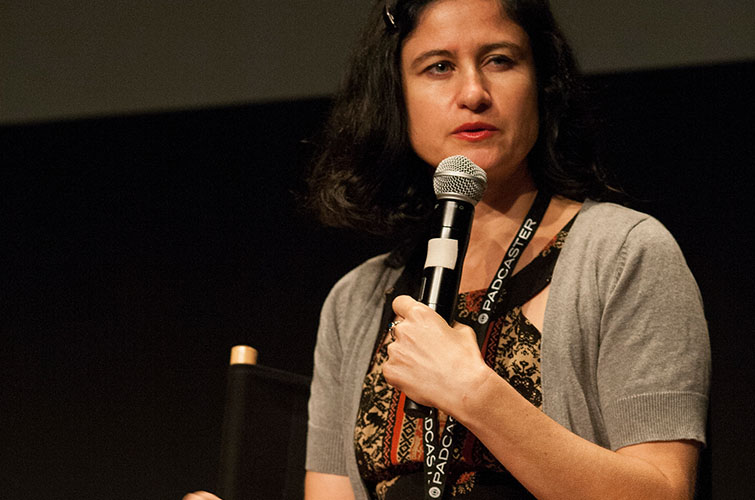 Fabienne: On Showtime, from show to show it’s very different. On Masters of Sex, there are full-on notes with conference calls, the producers haggle over the notes, then we present again for more notes. It’s always hard getting notes by committee. It’s amazing how every single person has these little obsessions. It’s always bizarre. On American Horror Story, we hardly get notes. I think it’s interesting how the approaches are so different on both shows. One of them is more controlled, the other is just “put everything in there.”

The shows are also really different in regards to music. The producers don’t like too much sound on Masters of Sex. It’s all about the words and the acting. It’s really in the subtleties. The music’s not too loud. The writing really drives the show. The editing is meant to be seamless, and that’s really where the work is.

Image from Masters of Sex

On American Horror Story it’s much more about crafting the suspense. It’s about how it’s shot, how it sounds, how it’s cut. We really labor on it, but the music doesn’t change too much since we work with a composer. It’s all over the map in terms of editing, and each season is very different from the next. The only thing that’s consistent in that show is that it’s no holds barred, and you always have to do things differently. It’s boring to do it the same way every time. The audience would get bored. There is a palette of tricks per season, I would say, but each season has to be different. For the first few episodes we’re trying to figure that out, especially the sound.

Sidney (pictured below) discussed working on the recent pilot for Guillermo del Toro’s The Strain: 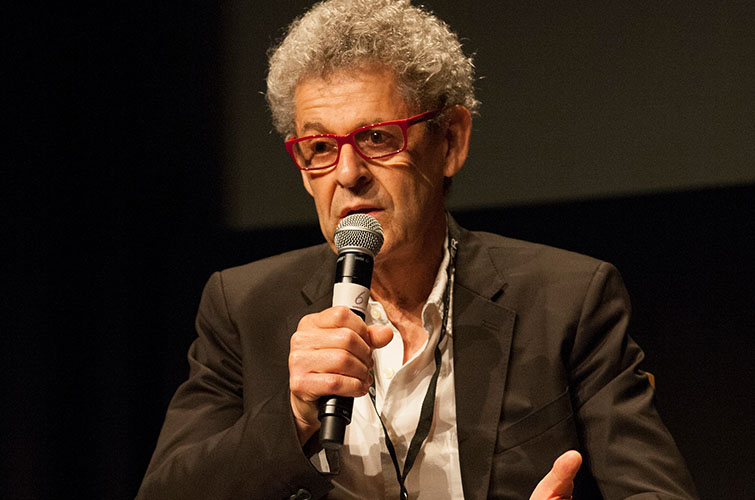 Sidney: Guillermo del Toro wrote the book this was based on, he wrote the script for the pilot and also produced it. Pretty much for the pilot he was the central person involved. In terms of working with him, he said he liked to look at cut footage every day, which kind of freaked me out. But I said, “fine, no problem,” not really knowing what it would be like.

Michael: That’s how you get a job!

Sidney: I actually called the editor who worked with Guillermo on Pacific Rim, and he said that it was fine and not to worry about it. At first I was concerned to get the footage as soon as possible before he came in, but after a couple of days I realized there was just no way I could really show him something that looked really good, because you work on scenes that sort of evolve before you show anybody. I would come in and a scene would be partially cut, maybe it would be halfway through, or maybe I wouldn’t put in any of the reaction shots, but he knows how to look at a rough cut. In the past I was always worried about showing people before it looked really good, but on this project this way of working actually made me more comfortable. He also really has a vision of what he wants, and when you’re working with someone like that, it’s fun.

There are different kinds of pilots. For this project, del Toro was the point person. The pilot ran for an unconventional length of 70 minutes on television. If there were any notes from the network, I never saw them. They were between him and the network.

If you were on a network pilot, it’s a whole different ball of wax, because the director gets his cut, the producers get a cut, and the network gets its cut. The common factor with pilots is that they’re either going to get picked up or not, so everybody’s on pins and needles trying to make this thing really, really work. On the other hand on The Strain, the network had already picked up the whole series, so there was a different atmosphere, but on network pilots there’s a lot more tension involved. 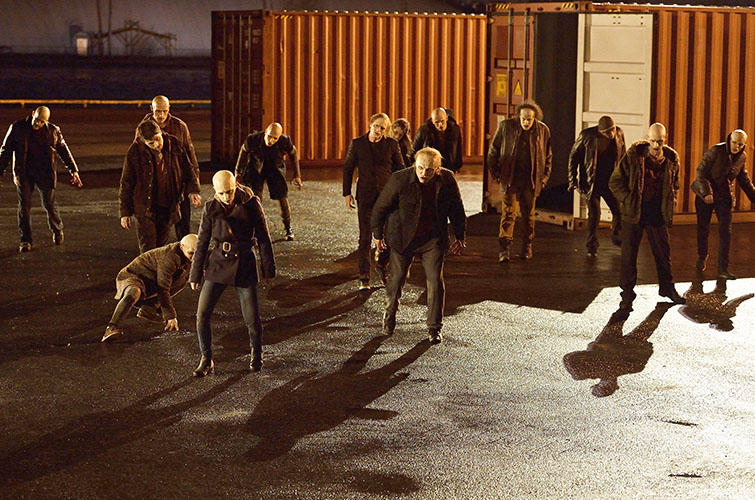 Image from The Strain

The typical cable show shoots for about ten days, and the director is contractually given four days to do his cut. Then, depending on the airdate schedules, the producer will take as long as they need, and then you’ll send it to the network, and they’ll give you notes, and you’ll spend as much time as necessary on that. I think on network shows the schedule is a little bit shorter, they’re about seven or eight days, and if the show is already on the air the times are really collapsed. I have friends who are given a day before they show to the director. On those shows the directors will never get more than four days. The producers might take two days and the network will take a day, and that’s it, so it varies.

One last bit of wisdom from Sidney should resonate with editors of all skill levels:

Sidney: Ultimately, if the director asks, “Why did you do it that way?” you can’t answer “Well, I thought you wanted it that way.” You have to say, “Because it worked for me, or at least it did at the time.” You might be wrong, he might have another vision, but ultimately you have to make the scene work for yourself first.

Want to learn more about the world of editing? Check out the following articles from PremiumBeat:

Did this industry panel enlighten you? Do you disagree with any of their thoughts on editing? Let us know in the comments below!