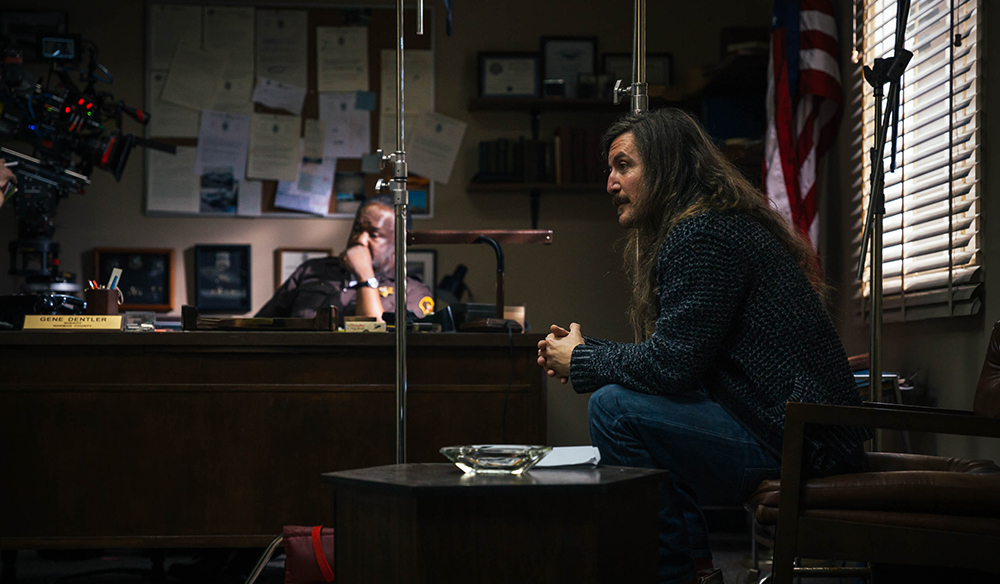 In which we chat with filmmaker and producer Toby Halbrooks about producing A Ghost Story, Never Goin’ Back, and The Old Man & the Gun.

Cover image of Toby Halbrooks on the set of The Old Man & the Gun (via Eric Zachanowich).

At a recent packed-house screening of Never Goin’ Back at the Oak Cliff Film Festival in Dallas, Texas, Toby Halbrooks looked at home darting across the stage to introduce the film to a bristling audience. The film, directed by Augustine Frizzell, represented another successful indie hit for Halbrooks and his producing team at Sailor Bear with fellow producers Liz Cardenas and James M. Johnson and longtime collaborator David Lowery.

Along with Never Goin’ Back (which has recently been picked up by A24 for release in August 2018), Halbrooks has had a busy calendar lately, producing both A Ghost Story and The Old Man & the Gun with director David Lowery (the latter of which is set to come out in September 2018), as well as co-writing Pete’s Dragon and the upcoming Peter Pan reboot for Disney.

We caught up with Halbrooks after his stop at the OCFF to chat about his work on the aforementioned projects and solicit advice on how to make a career as a filmmaker and producer. 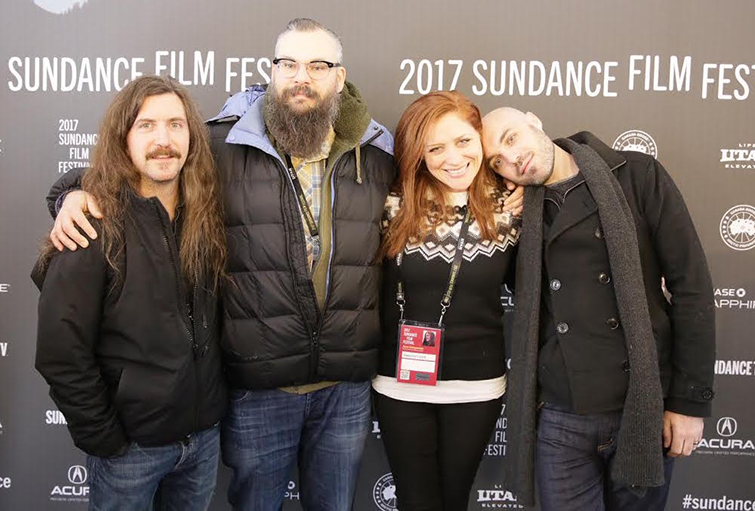 David and I met on working on a mutual friend’s indie feature. David was operating 2nd camera and doing some 2nd unit directing, and I just showed up to help out however I could. A few weeks later we met up again on a commercial gig. A few weeks after that we were hanging out all the time and started writing together.

Halbrooks’s career is a great example of why you should work with friends on projects that seem fun. Originally a musician, Halbrooks found himself working on commercial film sets from time to time where he befriended another film creative — David Lowery. The two became fast friends and are now longtime collaborators with shared creative energies. Halbrooks was best man when Lowery married his creative partner Augustine Frizzell, and the three of them, along with the rest of their Sailor Bear collective, have become one of the most dynamic forces on the indie film scene. 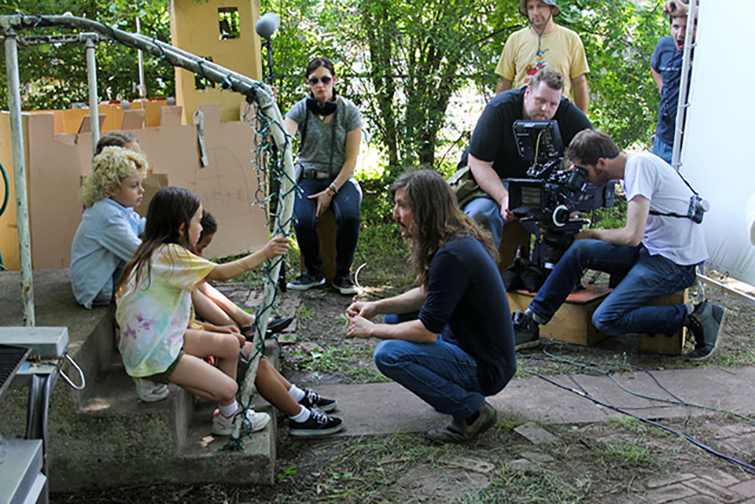 Image from the set of Dig (via Toby Halbrooks).

It can be quite challenging to step between various positions on a film set. When I directed my short I found myself often worrying about production things that shouldn’t have been on my mind. You’ve really got to trust the team you’ve built. When I’m producing, I try to allow each department the space to do their best job. I want the director worried about what’s going on screen, not anything else.

After working as a producer on early projects with Lowery like St. Nick and Ain’t Them Bodies Saints, Halbrooks wrote and directed his own short film, Dig, which premiered at SXSW in 2014. (Watch it in full below.)

The project reaffirmed Halbrooks’s director’s mindset, as well as gave him more insights into just how much work goes into a film project, which requires great collaboration among directors, writers, and producers to get everything done.

Support Your Teams in Production 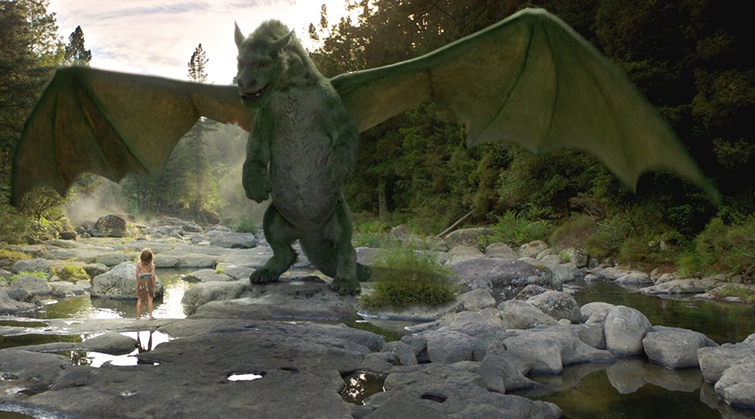 Image from Pete’s Dragon (via Disney).

Eventually you learn to trust your teams and stay out of the way. If they need you, you’re there to support the department heads, so you want them to stay on track, but you don’t want to meddle too much. The trick is to have an eye on all aspects of the project to make sure it’s running smoothly. Once the machine is built to go, you let it run.

As Halbrooks and Lowery continued to refine their crafts, they were offered bigger and bigger projects. One of their most ambitious (at least from a budget perspective) films to date was their 2016 live action reboot of Pete’s Dragon for Disney. However, as they had done when first starting out, Halbrooks and Lowery collaborated successfully and kept up the mutual support — only with whole production teams and departments rather than their friends on weekends.

Trust the Process to Develop

Image from A Ghost Story (via Bret Curry).

When we did A Ghost Story, it was based only on a 30 page treatment. It was just written in a word document. We had no idea what it would end up being. We hoped it would turn into something we could discover along the way, but we had to trust the process to let it happen. Movies are really just discoveries in the making. It’s a strange process and you have to be fleet-footed and confident. And people have to be confident in you to be able to adjust along the way.

After the box office success of Pete’s Dragon, which required Halbrooks, Lowery, and team to spend months abroad filming in New Zealand and promoting the film around the world, Halbrooks and Lowery decided to get back to their indie roots. They developed what eventually would become the 2016 indie film breakout A Ghost Story, reuniting the duo with Casey Affleck and Rooney Mara on a minimal production budget back and filming in seclusion in Dallas, Texas.

Producers Save the Day

Image from Never Goin’ Back (via Clay Grier).

[As a producer], you have to be ready for anything. On Never Goin’ Back, we actually had an actor hurt themselves while off set while infamously falling off a mechanical bull [note: here’s the details]. Huge challenge, but you gotta roll with it and find a way to make it work. We lost two days, but were able to navigate the work and change schedules to keep everything on track.

A Ghost Story would go on to be picked up by A24 and released to widespread acclaim (ending up on many year’s best lists). From there, Halbrooks partnered up with Augustine Frizzell, David Lowery’s wife and fellow filmmaker and collaborator, on Never Goin’ Back. (Halbrooks had previously produced Frizzell’s short film “Minor Setback,” which was the blueprint for the feature version of Never Goin’ Back back in 2015.) Similar to A Ghost Story, they shot Never Goin’ Back on an indie budget in Dallas, Texas with Halbrooks wearing many hats to help the project develop throughout production.

Make Sure Your Actors Are Comfortable 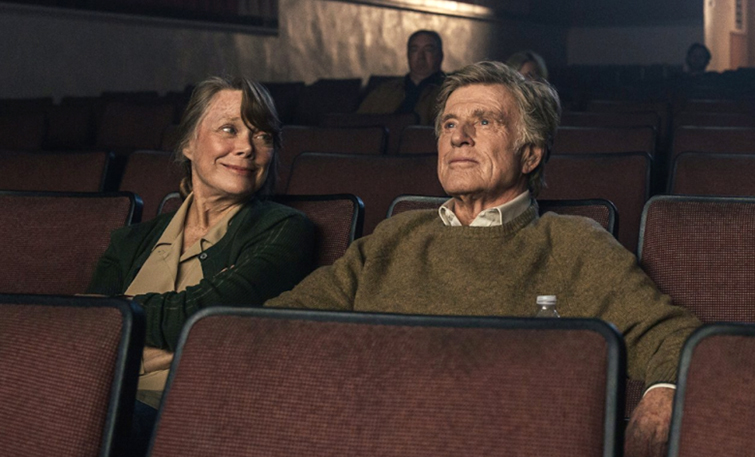 Image from The Old Man & the Gun (via Fox Searchlight).

When working with actors big or small, I like to form a relationship with them early on so that they can know that they can rely on me throughout. Even the biggest-named actors look for you for that confidence. Confidence in the script, in the team, in the project as a whole. Communication is key, you want them to be comfortable and not worried about anything that doesn’t go into their performances — which at the end of the day are eventually going to be captured into the movie forever.

While finishing up Never Goin’ Back with Frizzell, Halbrooks was also working double time as a producer on Lowery’s latest project, The Old Man & the Gun, which stars Robert Redford in his final on-screen role, Sissy Spacek, and Casey Affleck. While a step back in the budget from Pete’s Dragon, The Old Man & the Gun is another ambitious step forward with some of the biggest stars and most talented casts they’ve worked with.

If You Find Yourself Producing, You’re a Producer 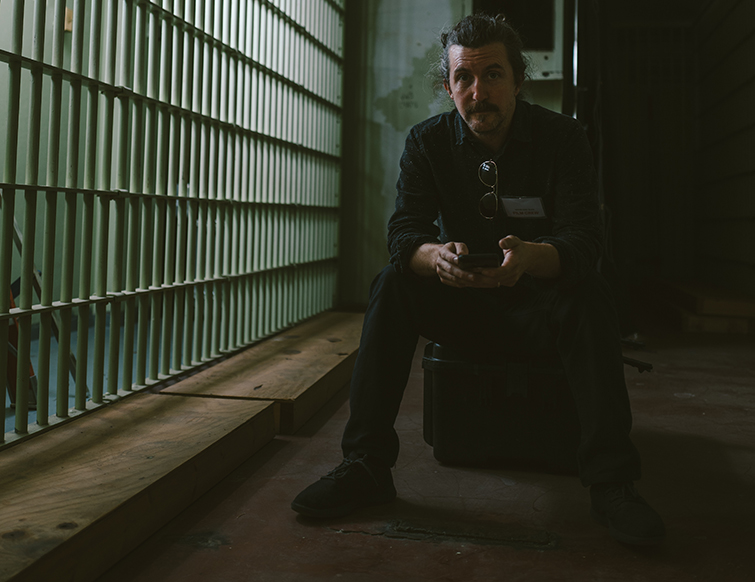 Image from the set of Never Goin’ Back (via Bret Curry).

If you’re considering being a producer, and this advice is for people who aren’t in film school or are just starting out, I’d suggest going out and finding small projects to work on. Volunteer your time. Work in every department. Find your place and learn what each person does. If you find yourself solving problems in between each department, you’re probably producing on some level. If the director or other producers are looking to you to solve even bigger problems then you’re headed in the right direction.

When asked about how one could become a producer like him, Halbrooks gave out a slight laugh. He’s quick to point out that he never set out to be a producer himself — and frankly wouldn’t recommend it to just anyone. The producer has to wear the most hats and is very often the one driving to the ER in the middle of the night before rescheduling the next few days of production. For Halbrooks and his team of friends and collaborators, it might not always be the most glamorous job, but it may very well be the most important. 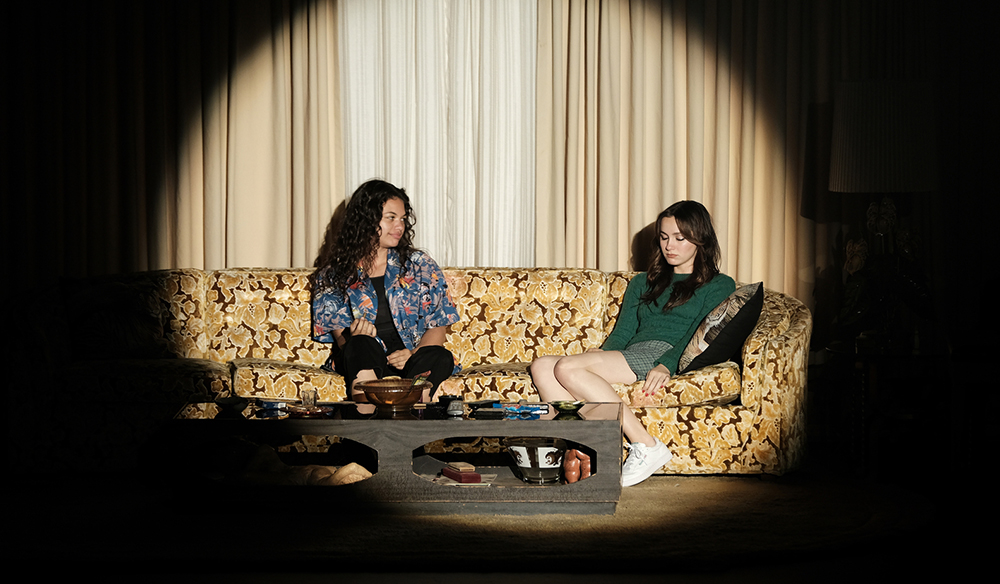