Stanley Kubrick’s was the master of the “one point perspective” and this incredible mashup video is evidence of that!

If you didn’t go to film school the term “one point perspective” may be unfamiliar.  However, it’s likely you’ve seen it used countless times in photos and films.  The one point refers typically refers to one vanishing point, where the viewers eye is naturally drawn.  No doubt you’ve probably created one point perspective images yourself – drawing an image of a road when you were a kid: 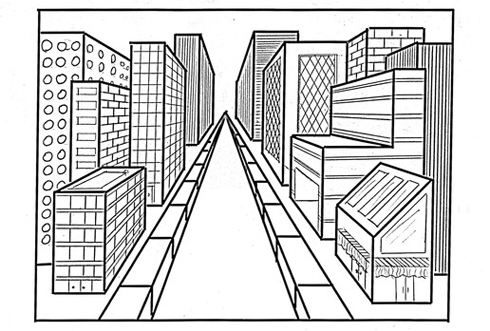 Because the one point perspective naturally draws the viewer into the image, it was a shooting choice often used by Hollywood legend Stanley Kubrick.  In the following video Vimeo user kogonada has pulled together a number of iconic shots from Kubrick’s filmography, highlighting just how much this perspective became part of his signature shooting style.  By its nature, one point perspective lends itself to symmetry of the shot – another Kubrick trademark.

Filmmakers, video editors and photographers should appreciate this web video mashup.  The song in the mashup is quite overused (from Aronofsky’s “Requiem for a Dream”) but overall its a really engaging edit and interesting character study of one of the greatest directors of all time.