At this year’s NAB show we got a demo on one of the most anticipated video editing products of the year: Lightworks for Mac!

Although Lightworks has existed for nearly 25 years and been used to cut some of the biggest Hollywood features of all time, it’s resurgence as an affordable cross platform (PC, Mac and Linux) video editing application may lead a new legion of users.

While at the 2013 NAB show we sat down with product specialist Robbie Fleming to get a closer look at the unreleased Lightworks for Mac video editing system (see the video above). 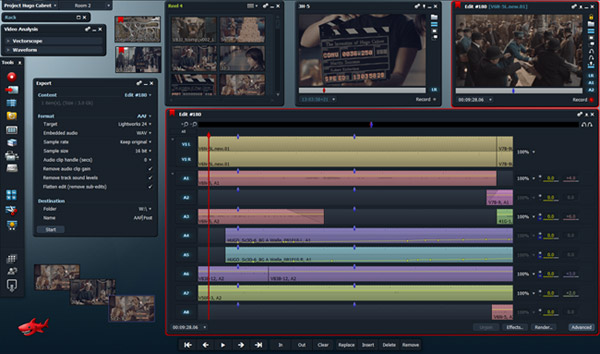 One of the key differentiators with Lightworks is their patented console that is supposed to make the video editing process more tactile.  Word is, video editors that use the console swear by it.  Although Lightworks is only $60/year, the console will set you back roughly $2,000, a price point that is out of reach for those getting their start or hobbyists. Luckily though, Robbie assures us that the new versions of Lightworks work equally as well editing with only a mouse and keyboard (sans console).

Other highlights of Lightworks include support for a wide range of codecs and file types, a powerful multicam feature and real-time multi editor collaboration.

For more info on Lightworks check out their site – or the LONG list of tech specs here.  We can expect to see the Linux and Mac versions avaliable for public use by the end of 2013.

Have you used Lightworks?  Would you consider it for your video editing work?
We want to hear your thoughts in the comments below!